As goes January, so goes the year… or so they say, but just as economists were mostly dead wrong about 2022, their outlook for 2023 must be taken with a huge grain of salt. If last year should teach us anything, it’s that the markets will fool most people most of the time and that central bank policy can turn on a dime.

It still amazes me that any of the so-called experts and pundits actually believed Federal Reserve Chairman Jerome Powell when he infamously claimed that inflation would be “transitory.” It’s absolute folly to follow central bankers’ pronouncements as if they’re gospel; winning investors use their eyes and common sense, and they watch what Powell does more than what he says.

No amount of jawboning from the Fed could have made inflation transitory, and it will persist throughout 2023 despite the central bank’s best/worst efforts. Worst of all, inflation will impact the middle class as the prices of basic goods remain elevated. Just take a look at what’s been happening with egg prices, and you’ll see what I’m talking about.

As always, there will be talking heads and political operatives in the media who want to deny that there’s a problem. They’ll claim there’s no food shortage in America, though the sky-high cost increases of essential food items over the past year are the inevitable result of a severe supply/demand imbalance.

Yet, the deniers will continue to deny irrespective of the facts at hand. It’s funny how the Fed prefers to look at “core” inflation, which doesn’t include gasoline and food prices, things that affect middle-class Americans on a day-to-day basis. Still, financial traders reacted to the inflation data from December, which wasn’t great but was in line with expectations. 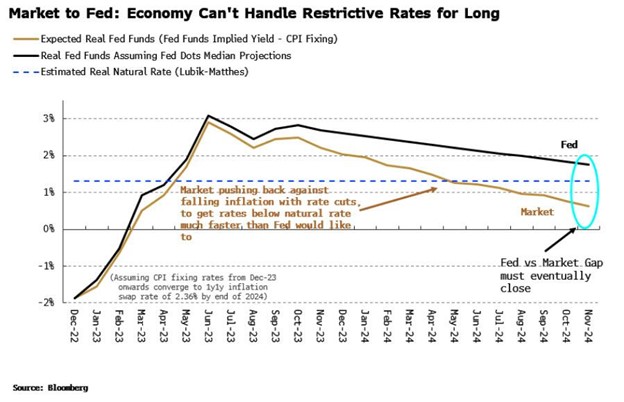 However, sensible investors shouldn’t assume that “good enough” inflation data is actually good enough. To quote Greg Stanek, a portfolio manager at Gilman Hill Asset Management, “The market loves when inflation comes down, that means a higher multiple… However, inflation is at 6.5%. That’s still too high to justify paying 17x for the market.”

You may recall when the S&P 500 rallied 5.5% in a single day late last year and investors celebrated the October CPI print. That celebration turned out to be premature, and December’s market performance brought no Santa Claus rally despite the media’s optimism.

Now, as investors try to read the tea leaves for a new year, we already have evidence that inflation and interest rate hikes are taking a heavy toll on corporate earnings. For instance, Wells Fargo just reported that its net income fell 50% from $5.75 billion to $2.86 billion on a year-over-year basis. The bank acknowledged that this vast decrease was partially driven by fewer mortgage originations.

In other words, people aren’t taking out loans on new homes because they simply can’t afford it now. The American Dream of homeownership, which baby boomers enjoyed but their millennial children won’t, is looking more and more like a relic of the past.

Meanwhile, Citigroup, another U.S. banking giant and a potential bellwether of what’s to come in 2023, just announced that its net income declined 21% from $3.2 billion to $2.5 billion year-over-year. This disappointing result was largely due to slowing loan growth in Citigroup’s private bank along with expectations for a weaker macroeconomic environment going forward.

Citigroup’s management is clearly bracing for a rocky road ahead, so they have set aside more money for credit losses going forward, increasing provisions 35% from the previous quarter to $1.85 billion.

In a similar vein, JPMorgan is setting aside billions of dollars for expected defaults on loans. In Q4 2022, JPMorgan reported a $2.3 billion provision for credit losses in the quarter, a 49% increase from the third quarter and higher than the $1.96 billion estimate. 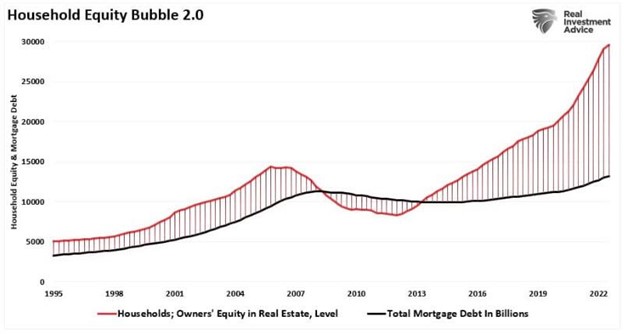 This says a lot about how the big banks are doing in the U.S. but even more about how the average hardworking American is faring. In 2023 and beyond, the dream of retiring and enjoying your golden years is evaporating quickly; forget about retiring on half a million dollars in savings because you’ll now need many millions just to sleep comfortably at night.

So, is the only path forward for 2023 to take a huge financial loss? Overly optimistic investors expecting fast returns on hyper-growth stocks will likely be disappointed and face hardship, but defensive investors can use diversification strategies to not only survive but even prosper.

Just consider which assets tend to gain value when interest rates and inflation are elevated. Gold and silver, and commodities in general, can help shield your portfolio against the destructive forces of dollar inflation and decades of central bank policy errors.

Higher interest rates won’t make it easy to break even or profit if you’re heavily invested in the hyper-growth stocks that made sense in the past. Looking to the future, you have to change your road map, adapt to rough terrain, and consider allocating funds to assets that can perform better when economic conditions get worse.