China to Invade Taiwan: Not If, but When

Along with the crisis in Ukraine, another surge of COVID-19 and the emergence of monkeypox, rampant inflation and a persistent shortage of supplies and qualified workers, now you have something else to worry about: China’s imminent invasion of Taiwan.

If Joe Biden wasn’t prepared to respond to one invasion, he certainly won’t know how to handle two of them. As the White House continues to spend billions of American taxpayer dollars to send weapons to Ukraine in a losing battle against the Russian incursion – and as Biden pledges to send America’s natural gas to Europe while U.S. families struggle with sky-high electric bills – now there’s another crisis brewing in Taiwan.

House Speaker Nancy Pelosi’s attempt to smooth things over last week could only be described as an utter failure. Pelosi’s trip to Taiwan resulted in China imposing sanctions on Pelosi and her immediate family members. China’s government declared that Pelosi’s visit to Taiwan “gravely undermines China’s sovereignty and territorial integrity, seriously tramples on the one-China principle, and severely threatens peace and stability across the Taiwan Strait.”

In a phone call last month, Chinese leader Xi Jinping told Biden not to “play with fire” over Taiwan. This echoes Russian President Vladimir Putin’s warnings to Biden, issued before and during Russia’s invasion of Ukraine. 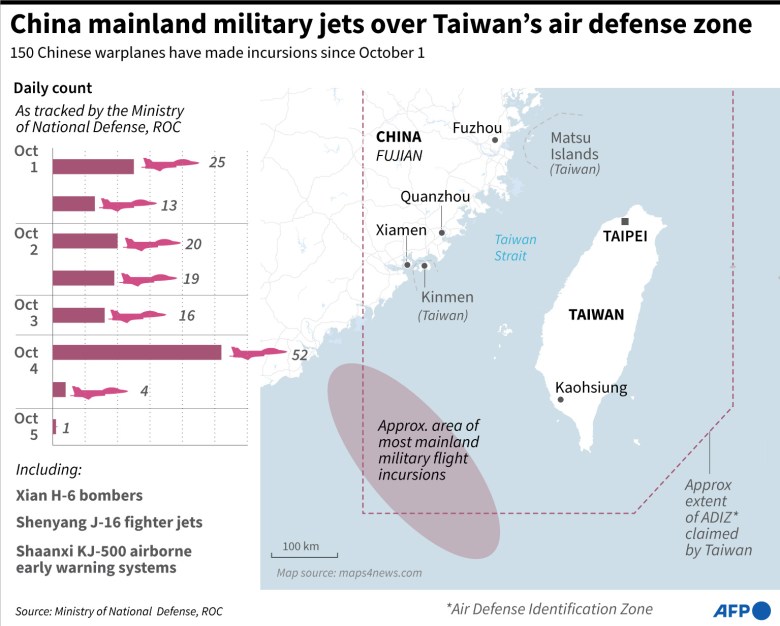 Immediately after Pelosi’s ill-conceived visit to Taiwan, China’s military ramped up its military drills near the island. Again, we can discern echoes of Russia’s military buildup in February, which some experts dismissed as posturing but actually led to a full-on invasion starting in March.

Already, U.S. defense experts are mapping out what a U.S.-China war over Taiwan would look like. Mark Cancian, a senior adviser at the Center for Strategic and International Studies, concluded that “the cost will be very high to the Taiwanese infrastructure and economy and to U.S. forces in the Pacific.”

In case there are any lingering doubts about the imminent invasion of Taiwan, an official white paper from China indicates that the country has withdrawn its promise not to send troops or administrators to Taiwan if it takes control of the island.

The updated white paper’s title, “The Taiwan Question and China’s Reunification in the New Era,” tells us everything we need to know about China’s imperialistic intentions. The parallels between Xi Jinping’s vision for Taiwan and Putin’s vision for Ukraine are undeniable at this point.

Xi Jinping isn’t leaving anytime soon, as he’s expected to secure a third term at a Communist Party congress later this year. Like Putin, Xi will continue to test Biden’s resolve and, frankly, his competence as commander-in-chief.

These events aren’t getting as much attention as they ought to in the mainstream press, but they’ll have devastating consequences. As Bridgewater’s Ray Dalio points out, “Unfortunately, what is happening now between the US and China over Taiwan is following the classic path to war.” 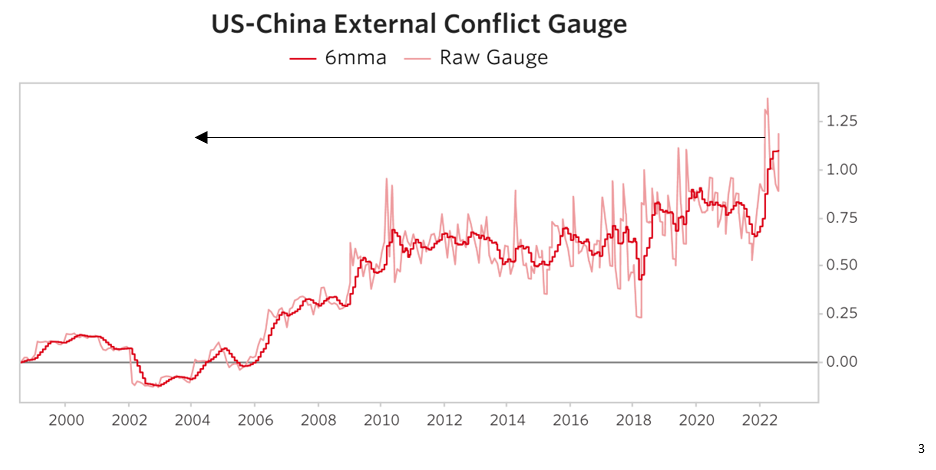 Dalio further explains that “If events continue to follow this path, this conflict will have a much larger global impact than the Russia-Ukraine war because it is between the world’s leading superpowers that are economically much larger and much more intertwined.”

Dalio’s contention is backed up with hard data. China’s share of world trade is over seven times larger than Russia’s, and it and constitutes roughly 19% of all American manufactured goods imports. And if you thought Russia’s invasion of Ukraine caused problems, “Imagine what sanctions on China would be like for the world. Supply chains would collapse, economic activity would dive, and inflation would soar.”

Taiwan Semiconductor is a major supplier of the world’s microprocessors, which are needed in cars, phones and many other applications. If semiconductor chips couldn’t get out of Taiwan because of a Chinese invasion, the impact would be immediate and calamitous.

And that’s only considering the stoppage of Taiwanese exports. Consider how many seemingly American products are sourced, in whole or in part, from China. Just as Russia is choking off the flow of oil, natural gas, and grains to Europe, China can stop supplying the cheap goods that Americans are used to having.

Many analysts were relieved when the July U.S. inflation print came in at “only” 8.5%. Consider how much higher that number could go in the wake of a Chinese invasion of Taiwan. It’s a reality that few people want to deal with, but soon they might have no choice.