CHOKEHOLD: This War Has a Death GRIP!

One thing I’ve observed through the years is that humans are resilient. There were years of growth and advancements from the 1950s into the 1990s, and right when we thought the financial markets had peaked, technology and innovation took markets into the stratosphere through the 2000s.

Consider the massive wave of financial capital that was added to the global economy as we’ve introduced the breadth and width of the Internet combined with exponentially developing technologies.

The era of the Internet is a period of time no one could have predicted. Investing in the stock market in the ‘90s could have felt risky and like you were buying into an overly saturated and inflated market.

It’s difficult to imagine how resilient our markets can be with human innovation expanding the barriers that would otherwise prevent financial growth in our markets, but I’ve learned to not bet against perseverance.

This is something to think about from now on when you hear disruptive news and negativity in our world. Over the course of thousands of years, humans have proven to be overcomers and antifragile beings, which should be taken into consideration when investing in the macro economy.

Chicken: Which Country is Going to Blink?

Even amid apparent signs of a temporary standoff between Donald Trump and Chinese President Xi Jinping, the world is on edge, waiting and wondering how the ongoing U.S.-China trade war will play out. Mixed signals from Washington have only added to the economic uncertainty and contributed to stock market volatility at a time when fund managers are struggling to close out the year on a positive note.

An issue for Trump is the trade imbalance, which he pledged to resolve during his campaign. With the China-U.S. trade gap widening so much over the years, it is likely that with negotiations, the gap will revert to more normal levels as the U.S. exports more to China over the coming years. 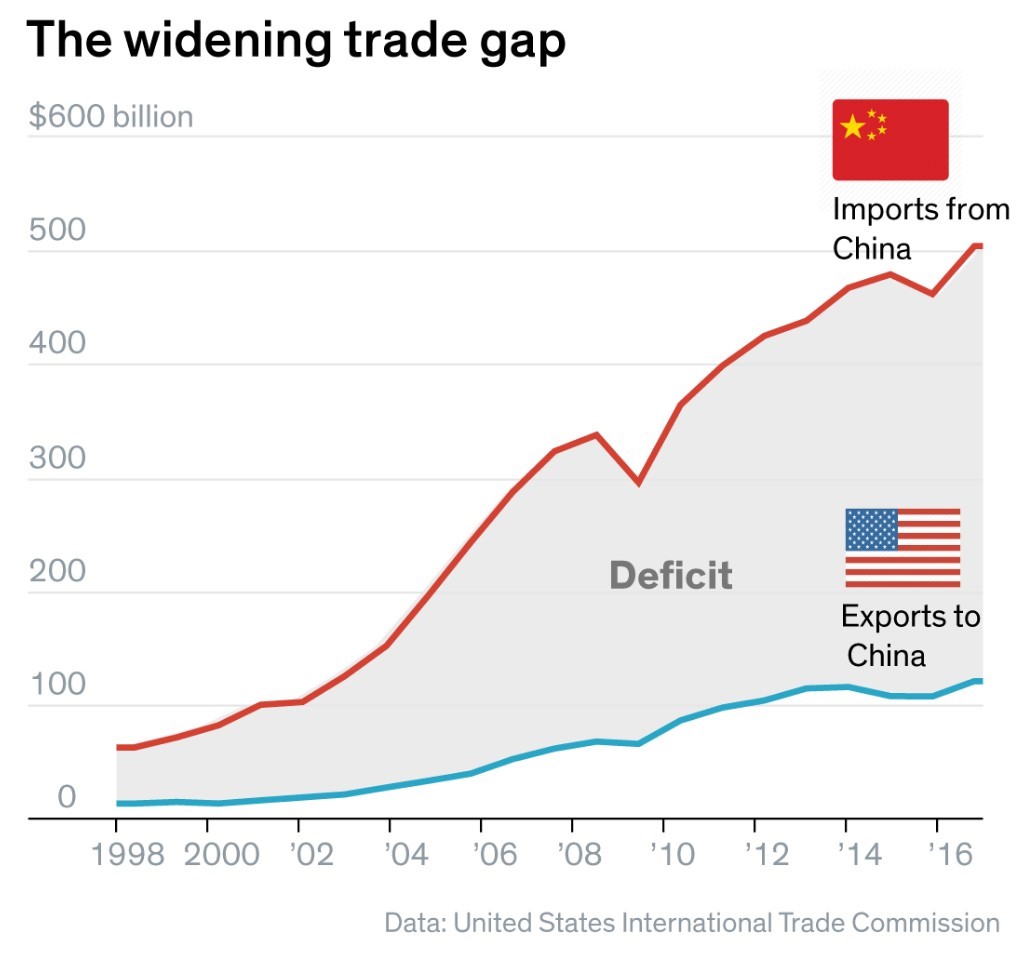 China will have to play ball with the United States because the Chinese economy relies more on mutual trade than America’s. According to China’s State Council, their exports to the U.S. accounted for 19% of that nation’s total exports, whereas U.S. exports to China represented only 8% of total exports.

This is huge when you are considering who has the bigger stick in this battle at the moment.

Since trade wars tend to hurt an exporter more than an importer, China will have to offer concessions sooner or later. And exporting is China’s bread and butter: international trade represents nearly 20% of China’s GDP, compared to 14% for the United States. More specifically, U.S. value-added exports to China comprised only 0.7% of the nation’s GDP, while Chinese value-added exports to the U.S. constitute 3% of China’s GDP.

What’s America buying so much of from China? Here’s where the imbalance is stemming from. The top imports in 2017 were:

This imbalance (and the trade war that’s disrupting it) is important because it’s the foundation of a well-established global supply chain – one that has served China’s best interests for years. Indeed, it could be argued that China’s status as an economic superpower has been built on its role as a manufacturing and exporting powerhouse.

While it is true that American corporations and consumers would miss the relatively inexpensive Chinese-imported products, China has much more at stake because they simply cannot afford a very long, dragged-out trade war. America could always get its products from Vietnam, Malaysia, Indonesia, and/or Mexico, while China has no real alternative if they lose their biggest customer.

In fact, China is already feeling the pain. Chinese Finance Minister Liu Kun has openly acknowledged that the trade war is doing significant damage to jobs in his country and forcing the government to spend more to help its displaced workers.

The Chinese government has also admitted that their economy grew 6.5% in the third quarter of this year, missing economists’ expectations of 6.6% and denoting China’s weakest quarterly growth since the financial crisis of early 2009. Bear in mind that Chinese GDP growth stood at nearly 10% back in 2011.

Veteran Bitcoin investors like Tone Vays know that much like blue-chip stocks, Bitcoin has had its share of drawdowns and survived them all. Indeed, even after multiple corrections of 80% or greater, Bitcoin always recovered and eventually printed fresh all-time highs.

Being strategic with entry and price is how you will accelerate your accumulation of Bitcoin in a way that will leverage the upside that I believe will inevitably come.

That’s one of the hallmarks of a blue-chip asset: the longevity and resiliency that comes from battle wounds and hard experience. Surviving drawdowns like the one we’re in the middle of now is exactly what has made Bitcoin a best-in-class asset.

This is a market that is miles from saturation. Consider gold and silver which have had 2,000 years for society to find its price, Bitcoin is still largely being introduced to the world.

Long time readers of the CrushTheStreet.com letter know that we alerted our readers and listeners to Bitcoin from $11 dollars all the way through $800, making our biggest investments at these levels. Just as importantly, we locked in our profits from $12,000 to $18,000 – stellar returns, and we’re positioning ourselves to repeat this performance.

It was important to me that the Bitcoin profits we did make were put to use in diversified assets solidifying crypto gains: My goal is to take the remaining gains and dollar-cost average into accumulating three times as many nominal Bitcoins over the next 12 months than I had during the historic 2017 bull market for spring-loaded profits during the next bull market super cycle. 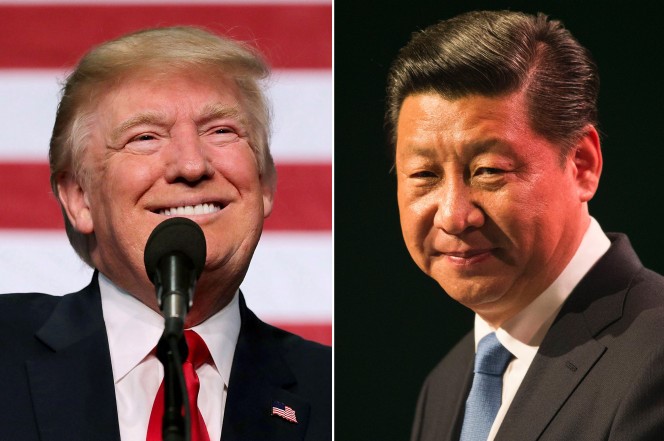 Given the current path, things are likely to only get worse for China. A consortium of Citi economists led by Liu Li-Gang projected that the trade war with the U.S. could cut China’s export growth by almost half next year, putting around 4.4 million jobs at risk; furthermore, “manufacturers may seriously weigh the option of leaving China if punitive tariffs last longer than expected.”

It’s clearly China that would have to bear the brunt of an ongoing tariff war. The Citi economists expect that the trade war will reduce China’s export growth by almost half to 5.1% in 2019. A 25% tariff on $250 billion worth of imports from China would reduce China’s exports by 5.6%, cutting China’s GDP growth by 1.04%.

So yes, the trade war is taking a toll, but it’s a heavier toll on China than the U.S. The endgame will have to be concessions and cooperation, as there’s just too much at stake in economic and human capital.

Ultimately, I do believe it will be the U.S. that experiences the greater benefit from the negotiation of the trade war, and this very fact will have real consequences on where the trends lie going forward, which I will be closely monitoring in the months ahead.