If you think that Europe’s problem is too remote to affect the U.S., think again. The European debt crisis of 2011 contributed to a 20% stock market correction in America, but that’s nothing compared to the rout that’s likely to occur in 2022’s back half.

Due to Russia’s invasion of Ukraine, the U.S. and Europe are as politically and economically connected as they’ve been in a long time. The Biden administration has pledged to deliver massive amounts of natural gas to E.U. nations, putting a strain on America’s own supply.

To a large extent, Europe’s woes stem from the zone’s dependence on Russian natural gas. Years of underinvestment in nuclear energy and fossil fuels like coal have left E.U. nations in the cold – figuratively now, and literally in a few months when winter starts – as Russia’s Gazprom cuts off the supply of natural gas.

It’s not only happening in Germany, of course, and the inflation isn’t restricted to natural gas. CNBC just reported that many fish and chips restaurants, a cultural mainstay in England, are closing down because the prices of fish, potatoes, and oil have soared. 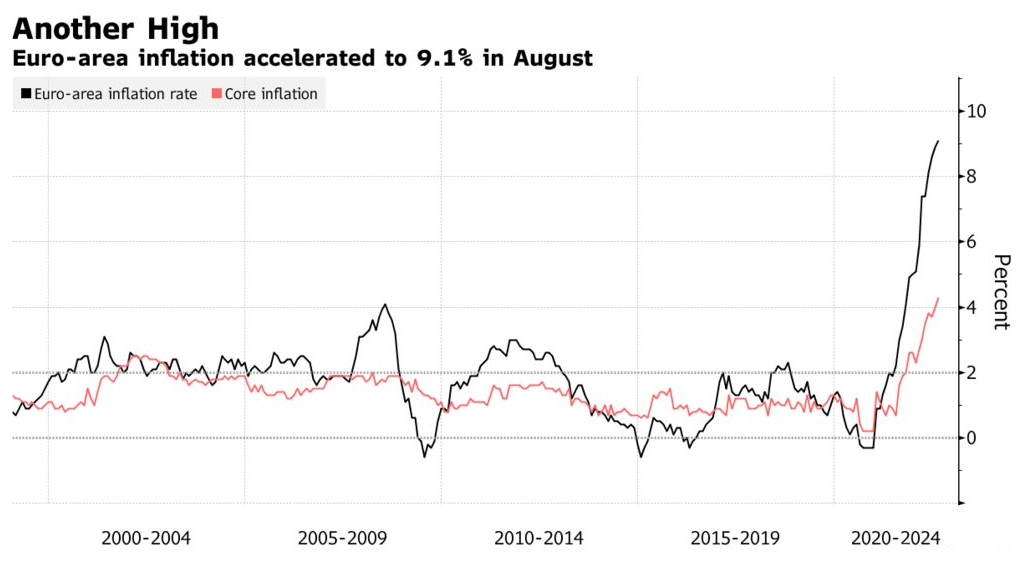 CNBC further reports that the inflation crisis in the U.K. is likely to worsen as the region’s 35% tariff on Russian imports hasn’t yet had its full impact on the prices being charged by suppliers. Adding to England’s woes is a severe drought in the U.K. which has hampered crop growth. This is expected to further drive up the prices of potatoes, sunflower oil, and other edible mainstays.

And while much of the attention was focused on Federal Reserve Chairman Jerome Powell’s hawkish speech at the Jackson Hole Symposium, we shouldn’t ignore the dire warnings given by European Central Bank Executive Member Isabel Schnabel.

She cautioned that “there are valid grounds to believe that policymakers will find themselves in a less favourable environment over the medium term – one in which shocks are potentially larger, more persistent and more frequent.” As you might expect, Schnabel envisions central bank intervention as the U.K.’s savior: “Fiscal policy will play an important role in enhancing the resilience of our economies.”

Of course, we could argue that central bank policy is what got both the U.K. and the U.S. into their respective messes in the first place. Nevertheless, with eurozone inflation reaching 9.7% in August and projected to surpass 10% in the coming months, the ECB will likely act aggressively with jumbo interest rate hikes.

Indeed, it appears that the ECB will probably mirror the U.S. Federal Reserve’s 75-basis-point rate hikes with equivalent hikes of their own. This is bound to have ripple effects, however; as Berenberg Chief Economist Holger Schmieding put it, a 75-basis-point interest rate increase could “exacerbate strains in the bond markets” in Europe. 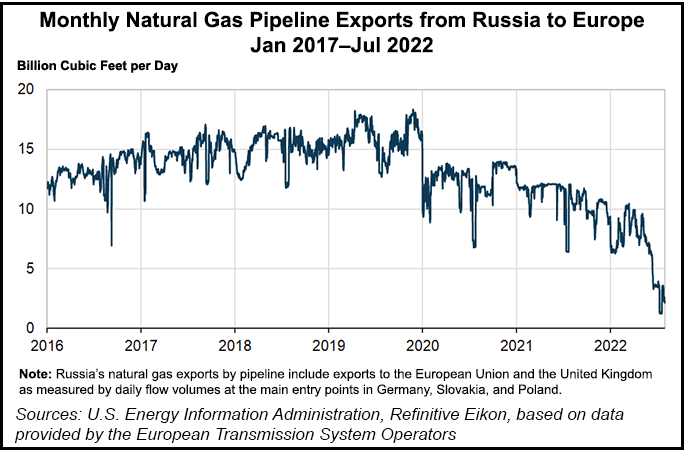 Even prior to the ECB’s anticipated rate hikes, we’re already seeing shock waves throughout individual nations’ economies. For instance, Russia halting natural gas delivery to Europe via the Nord Stream 1 pipeline has prompted Italy’s government to raise their 10-year bond yields to 4%. This means higher borrowing costs, which places a financial strain on the government, businesses, and citizens.

Thus, much like the Fed in the U.S., the ECB feels compelled to usher in recessionary conditions in order to tamp down rising inflation. Deutsche Bank Chief Economist Mark Wall discerned this in recent comments by ECB officials as “the hiking cycle will be less sensitive to recession than we thought.”

Meanwhile, E.U. nations may be forced to back down on their clean energy initiatives amid soaring energy costs. In a stunning reversal of policy, German lawmakers just announced that they’re going to burn coal and keep two nuclear power plants available to help get the country through the winter.

It just goes to show that when there’s a conflict between survival needs and ideology, survival needs almost always prevail. Americans have survival needs too, though, and they could be under siege if the eurozone dives into a full-on depression – and in an interconnected world, Europe’s problems are now everyone’s problems.