Credit Card Debt: People Have Not Learned… and Will Be Burned

Much ado has been made about the sovereign debt that America has amassed, and justifiably so; $22 trillion and counting is nothing to sneeze at. We can blame the government ’til we’re blue in the face, but soon enough we’ll all be forced to look inward for the catalyst that could spark the next financial crisis.

The most recent data from the Federal Reserve reveals that consumer debt – which includes auto loans, student loans, personal loans, and credit cards, but not mortgages – reached an all-time high mark at more than $4 trillion in of December.

Much of the consumer debt is related to unpaid credit card balances. The average credit-card debt per borrower, according to credit rating agency TransUnion, is $5,736 – an increase of around 7.5 percent from 2015. This is likely precipitated by unprecedented access to credit, as 4 million more Americans have gained access to a credit cards in the past year, with 430 million credit cards in circulation since 2015 (a 13 percent increase).

And while mortgage, student loan, and auto debt are undoubtedly problematic (feel free to read my piece on the American student loan debt crisis here), Federal Reserve data notes that at more than $800 billion, credit card debt grew on a quarterly basis faster than those other types of debt at the end of last year: 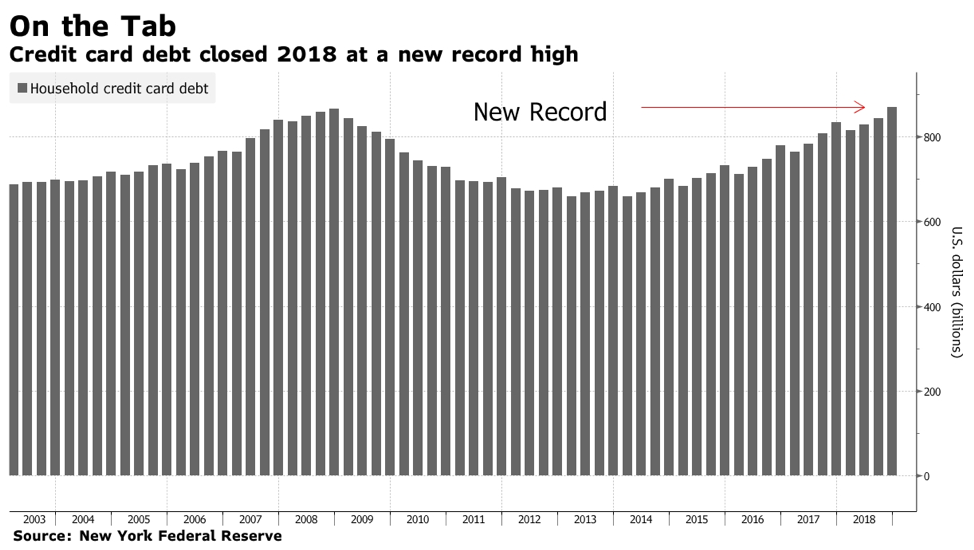 And unfortunately, the data seems to indicate that millennials are the most likely to carry credit card debt: a CreditCards.com survey found that 65 percent of Americans between the ages of 23 to 38 are currently carrying credit card balances.

But the problem is certainly not limited to the millennial generation, as 40 million Americans (16 percent of adults) think they will miss at least one credit-card due date in 2019, as reported by a WalletHub credit cards survey. The survey also found that Americans aged 18 to 44 are the most worried about missing credit card payments.

Older Americans are not immune to the credit card debt crisis, with those over age 60 accounting for approximately 30 percent of the total: 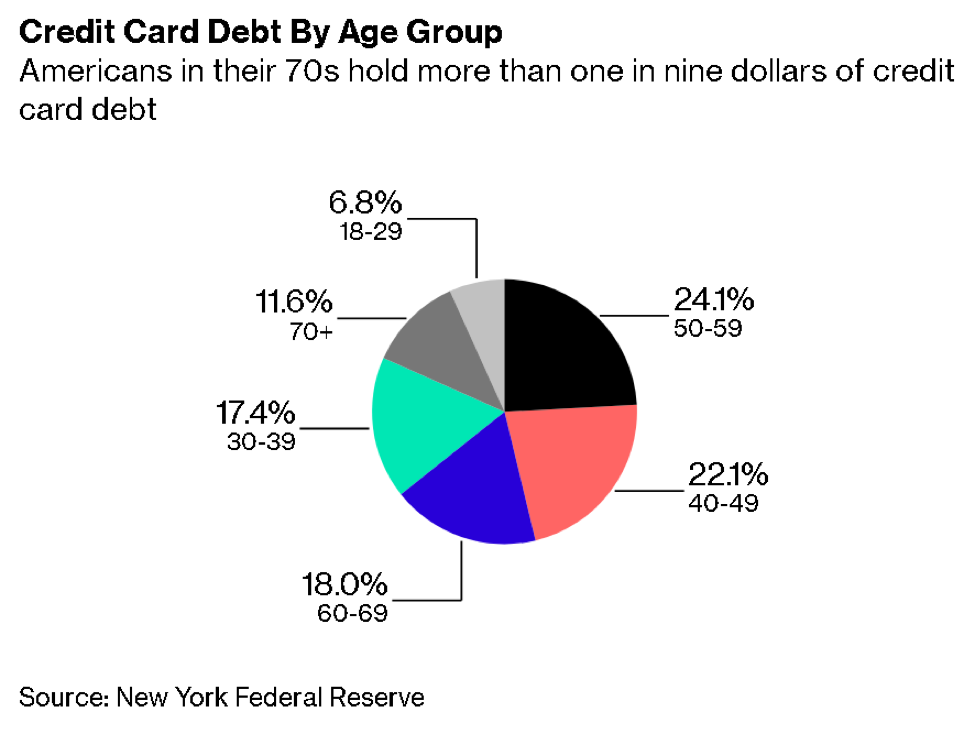 In part, these issues can be attributed to the behavior of American credit card companies, which seem to be issuing lines of credit to just about anybody who asks for it. In what sounds eerily familiar to pre-financial crisis behavior, there’s been a marked pickup in credit cards being issued to consumers with “subprime credit” – i.e., those with credit scores of 600 or lower.

The loose lending trend is definitely on the rise, with credit card balances and available credit both gunning for record highs: 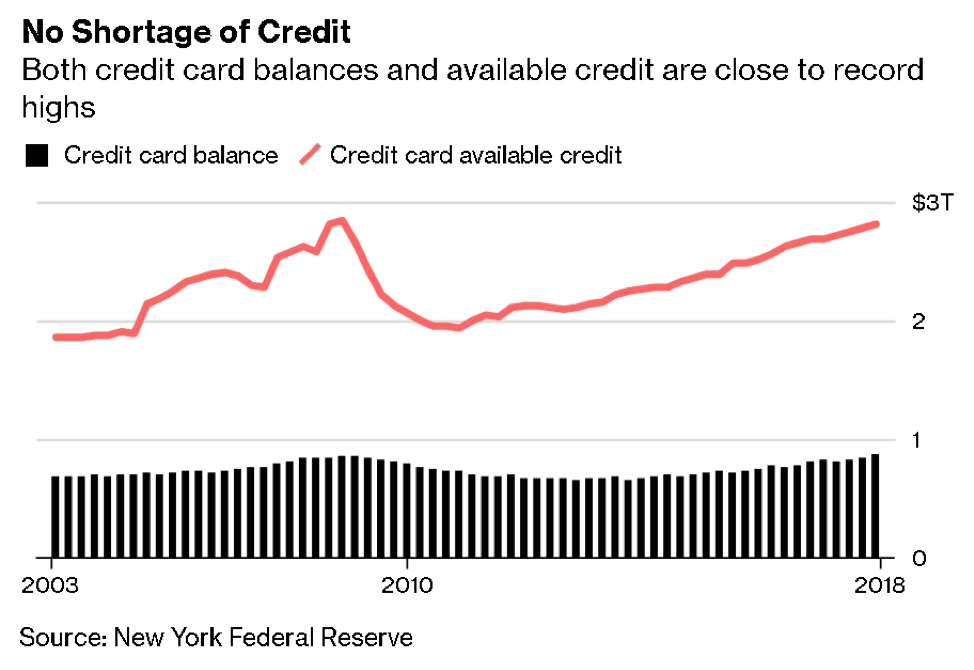 This level of easy credit persists despite a high delinquency rate: in the fourth quarter of 2018, about 37 million credit card accounts had a 90+ days delinquent mark added to their credit report, an increase of about two million from Q4 of 2017. All told, these 37 million accounts hold around $68 billion in debt that is 90-plus days delinquent.

And yet, credit card companies continue to extend credit, with credit card limits increasing 1.5% increase in the fourth quarter of 2018 – the 24th consecutive quarter to show an increase. Still, the full burden of the blame ought not to be placed on the shoulders of the credit card issuers; the borrowers should acknowledge their role in this crisis as well.

The end game of this crisis isn’t fully clear, but it doesn’t take much more analysis to see an ugly picture being painted here. In closing, I’ll defer to Sydney J. Harris, whose quote could easily be applied to our troubled times: “History repeats itself, but in such cunning disguise that we never detect the resemblance until the damage is done.”