When Bitcoin is so buzz-worthy that it’s getting featured in the non-financial headlines, you know it must either be soaring or crashing. This time around it’s crashing, and retail traders everywhere are seeing their wealth disappear at an alarming rate.

Without a doubt, it’s painful to witness Bitcoin falling from over $68,000 to $30,000. There’s a lesson here about over-leveraging yourself: if you put too much money into a single asset class, your account could get decimated.

Suffice it to say, then, that 2022 hasn’t been a great year for cryptocurrency so far. Bitcoin is down 36% year-to-date, while Ethereum is down 45% and Litecoin is down 54%.

If you think those drawdowns are as bad as it can get, check this out. The popular stablecoin known as TerraUSD, or UST, failed to maintain its value relative to the U.S. dollar. When UST failed to maintain its one-to-one peg with the dollar, an associated cryptocurrency called LUNA fell from $116 to less than one cent.

As you might expect, financial traditionalists seized the opportunity to cast cryptocurrency and the blockchain in a negative, perilous light. For instance, Treasury Secretary Janet Yellen mentioned TerraUSD/UST in testimony before the Senate Banking Committee recently, claiming that the price crash “illustrates that this is a rapidly growing product” that poses “risks to financial stability.”

Meanwhile, Senator Pat Toomey of Pennsylvania piled on with a comment that algorithmic stablecoins may be “inherently unstable.” Don’t be too surprised, then, if regulators start to come out of the woodwork and use the TerraUSD/UST collapse as an excuse to impose regulations on all stablecoins, and even all cryptocurrencies.

“You’ve never seen so much hype over the past couple of weeks as you have for UST, for decentralized, algorithmic stablecoin, and it’s just crazy how quickly it unraveled,” commented Clara Medalie, strategic initiatives and research director at Kaiko.

Indeed, it did unravel quickly, but we don’t have to generalize this to all cryptocurrencies. LUNA doesn’t represent all crypto coins, though it’s undeniable that the cryptocurrency market has lost a great deal of value in recent weeks.

While crypto has been in a bear market for six months now, the downtrend has accelerated and over $400 billion was wiped out from the crypto market in a recent seven-day period, according to CoinGecko.

Bitcoin, often considered a bellwether among cryptocurrencies, touched a short-term low of $25,402 on May 12. With that, Bitcoin was down 63% from its all-time high of $68,990 in November.

It’s difficult to pinpoint a single, obvious cause here. Most likely, the primary catalyst is the severe correction in technology stocks. Nowadays, there’s no way to separate tech and crypto as many technology companies are getting involved in the blockchain.

And so, we’re facing a crypto winter, but it’s not the first one and it certainly won’t be the last. Remember, the word “winter” suggests the passing of seasons. Intemperate weather conditions don’t last forever, though the mainstream media likes to promote panic and worst-case scenarios.

Mike Belshe, founder and chief executive of BitGo, offered some perspective for panicky Bitcoin investors. “It’s a pattern. Back when we look at what happened in 2014, the crash happened and there’s a big panic. People say, oh, crypto is dead. It’s not coming back. But of course, it has come back,” Belshe explained. 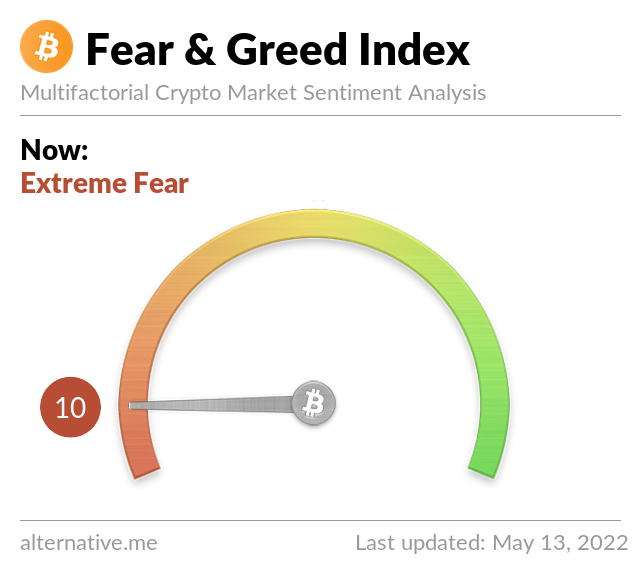 The demise of cryptocurrency has been predicted many times in the past, but Bitcoin and Ethereum are still here in 2022. Granted, it’s not emotionally easy to buy assets when the general sentiment is extreme fear, but that’s the crux of contrarian investing.

Perhaps a tweet from famous angel investor Mark Cuban can shed more light on the current situation with cryptocurrency. Cuban compared it to the “lull that the internet went through” in the early days of the World Wide Web.

“After the initial surge of exciting apps, NFTs, DeFi, P2E, we saw the imitation phase as chains subsidized the movement of those apps to their chains (ala bandwidth and storage subsidies by startups in the 2000s),” Cuban recalled.

In other words, the Internet went through its growing pains, and that’s what we’re witnessing today with cryptocurrency and the blockchain. It’s a relatively new technology that’s misunderstood by regulators and threatening to traditional big banks.

We can’t say this about every crypto coin, but Bitcoin and Ethereum have had multiple 50% crashes and have always recovered. There’s no guarantee of what will happen in the future, but if you still believe in the blockchain’s power to change the world, then you can choose to persevere with conviction, rather than succumb to the fear.