Followers of the price action in cryptocurrencies have been on a wild ride, to say the least. We’ve seen massive price appreciation throughout 2017, followed by a topping process in the first half of 2018. Now it appears that the euphoria has subsided and the crypto space is getting back to fundamentals. Is this the time for cryptos to shine, and should cryptocurrencies be an essential part of your portfolio in this market?

The Crush the Street team found clarity on these issues in a recent interview with Trace Mayer, whose Bitcoin Knowledge Podcast helps investors better understand Bitcoin and provides interviews with the top people in the Bitcoin industry. Trace is an entrepreneur, investor, journalist, monetary scientist and ardent defender of the freedom of speech. He holds accounting and law degrees and has studied Austrian economics focusing on the work of Murray Rothbard and Ludwig von Mises, and has been involved with strategic thought for the blockchain industry for years.

Crush the Street and the investing community listen carefully when Mr. Mayer talks, as he was an early advocate and influencer for Bitcoin and cryptocurrencies in general. In fact, Trace Mayer made a number of highly profitable crypto calls last year, including Bitcoin at $289 and Ethereum at $18. Those who followed Trace’s calls did quite well last year, as we can see in this Ethereum price chart: 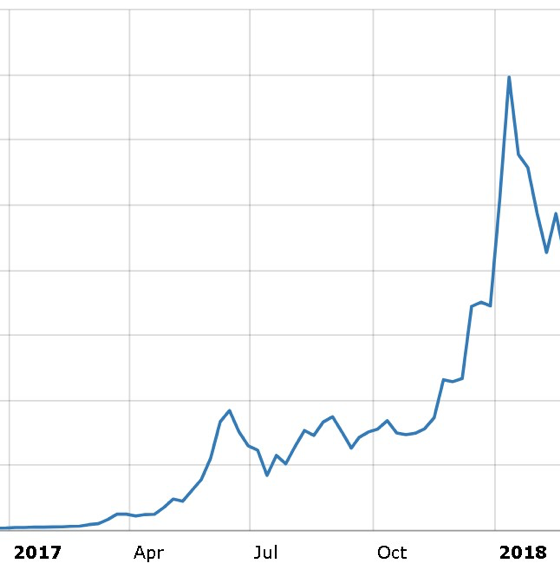 After the boom came a correction, but according to Trace Mayer, we always have these cycles in the world of cryptocurrency. Take Bitcoin as an example: the price cycles have been particularly exacerbated because Bitcoin is strictly limited in amount. That’s why Mr. Mayer calls Bitcon “the hardest money we have ever seen”: the volatility is due, at least in part, to its limited supply.

According to Trace Mayer, when the price of Bitcoin goes up, you don’t actually get more supply of Bitcoin; it’s not like gold mines, where you can mine more ounces. The number of Satoshis is strictly limited in amount, and Trace observes that people don’t fully appreciate the ramifications of this limitation as it relates to the supply-demand curve.

This has huge implications for the price of Bitcoin and other cryptocurrencies, both in the past and going forward. In the past, whenever we saw a shock to the transactional supply of Bitcoin, this has always been followed by a massive price increase. Think of the times when major exchanges have failed: people had to re-acquire their supply of tokens, and there’s only so much salable Bitcoin in existence. You can’t just print endless Bitcoins like central banks do with dollars, euros, and yen.

For investors and potential investors, it’s all part of the cycle that we’ve seen time and again. According to Trace Mayer, people need to start looking at all assets as different types of altcoins – dollars, euros, and yen are all altcoins, as are stocks and other assets that aren’t Bitcoin. With more and more Bitcoin exchanges opening up, ATM’s in multiple countries now accepting Bitcoin, and other developments, Bitcoin is becoming a very liquid asset. The case for holding Bitcoin instead of traditional blue-chip stocks and other assets is growing stronger, and in the current market environment, the truly risk-free asset is Bitcoin.

This interview with Trace Mayer is a real eye-opener, and it makes an overwhelming case for cryptocurrencies and especially Bitcoin as the secret weapon of financial freedom. To access Crush the Street’s full research report on the fortunes still to come in cryptocurrencies and the blockchain, go here to get it now. You can also get our full exclusive report on on the three top steps you can take to protect yourself from the death of King Dollar, along with our report on the greatest fire sale in history: the hated sector where there’s a ton of money to be made. 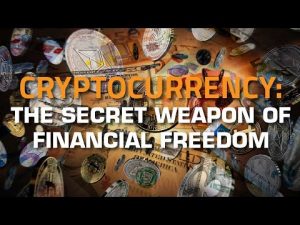