Did the Federal Reserve Just Warn You a Market Crash Is Coming?

Just the thought of 25-basis-point interest rate hikes was enough to shake some stock market investors to the core. Now, they’re hearing whispers of 50-basis-point hikes. Does this mean that a secular bear market is about to start?

Those hawkish whispers are coming from the recently released FOMC meeting minutes, in which Federal Reserve officials generally settled on shrinking the central bank’s balance sheet (mainly consisting of government bonds and mortgage-backed securities) by $95 billion per month, after a three-month phase-in period.

Granted, the Fed officials stressed that they’ve made no final decision (i.e., no formal votes) on winding down the central bank’s $9 trillion portfolio. Still, they asserted that the plan to reduce the balance sheet could start in May.

The Fed officials “generally agreed” that a maximum of $60 billion in Treasurys and $35 billion in mortgage-backed securities would be allowed to roll off during the three-month period. This total would be roughly double the rate of the last balance sheet wind-down, from 2017 to 2019, and will represent part of a major pivot away from easy monetary policy.

This, by itself, shouldn’t be construed as a signal of an imminent recession or stock market crash. Remember, the stock market did quite well during the 2017-to-2019 balance sheet reduction period, and only dove in 2020 because of the Covid-19 pandemic. 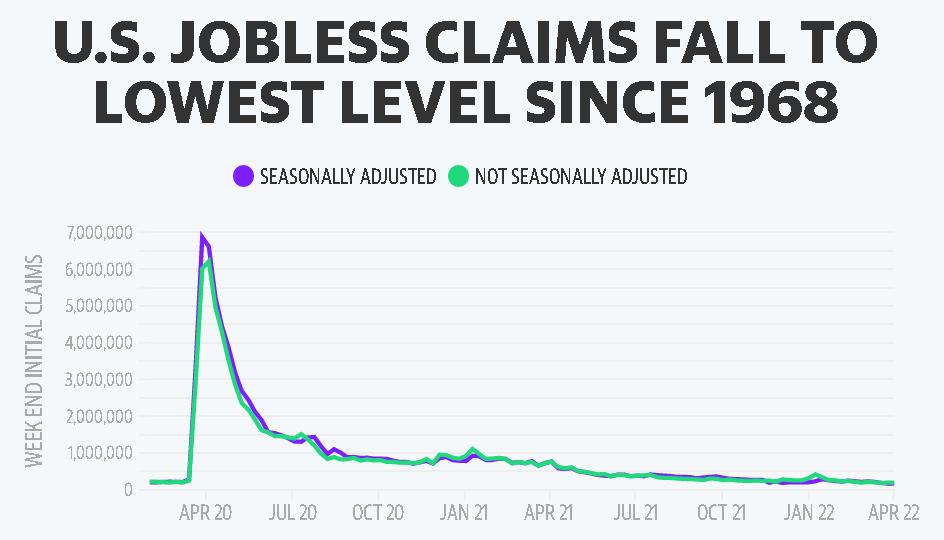 It’s an unusual time for the Fed to reduce its balance sheet so drastically. Inflation is at a jaw-dropping 7.9%, and the already compressed U.S. labor market tightened even further last week, with initial jobless claims calling to their lowest level in more than 53 years.

According to the U.S. Labor Department, initial filings for unemployment dropped to 166,000, well below the Dow Jones estimate of 200,000 and 5,000 below the previous week’s print. This data comes on the heels of another solid monthly jobs report from the Labor Department, which indicated a significant increase in hiring and a drop in the jobless rate to a near 50-year low.

With this data in mind, it’s not hard to connect the dots between a tight job market and higher consumer prices. “No wonder inflation is out of control; the labor market is at full employment where the costs go up astronomically for companies to bring new workers in to run the factories and work the cash registers across the country,” explained Chris Rupkey, chief economist at FWDBONDS.

Don’t expect this problem to get better anytime soon, either. “Waiting for more workers to join the labor force and ‘participate’ in order to bring down wages and inflation is a pipe dream,” Rupkey warned.

The strong/tight labor market has emboldened the Federal Reserve to press ahead with more monetary policy tightening. This includes a faster balance sheet reduction process, as we just discussed, but investors should also prepare for more aggressive interest rate hikes.

This isn’t just guesswork; it’s revealed in the minutes of the most recent FOMC meeting. The minutes noted that many Fed officials signaled that they would support 50-basis-point interest rate hikes at upcoming meetings if inflation remains high or gets even worse.

It was also revealed that many Fed officials wanted a 50-basis-point hike in March, but agreed to a smaller 25-basis point increase due to the conflict in Ukraine. Quincy Krosby, chief equity strategist at LPL Financial, commented that the FOMC minutes were “a warning to anyone who thinks that the Fed is going to be more dovish in their fight against inflation.” 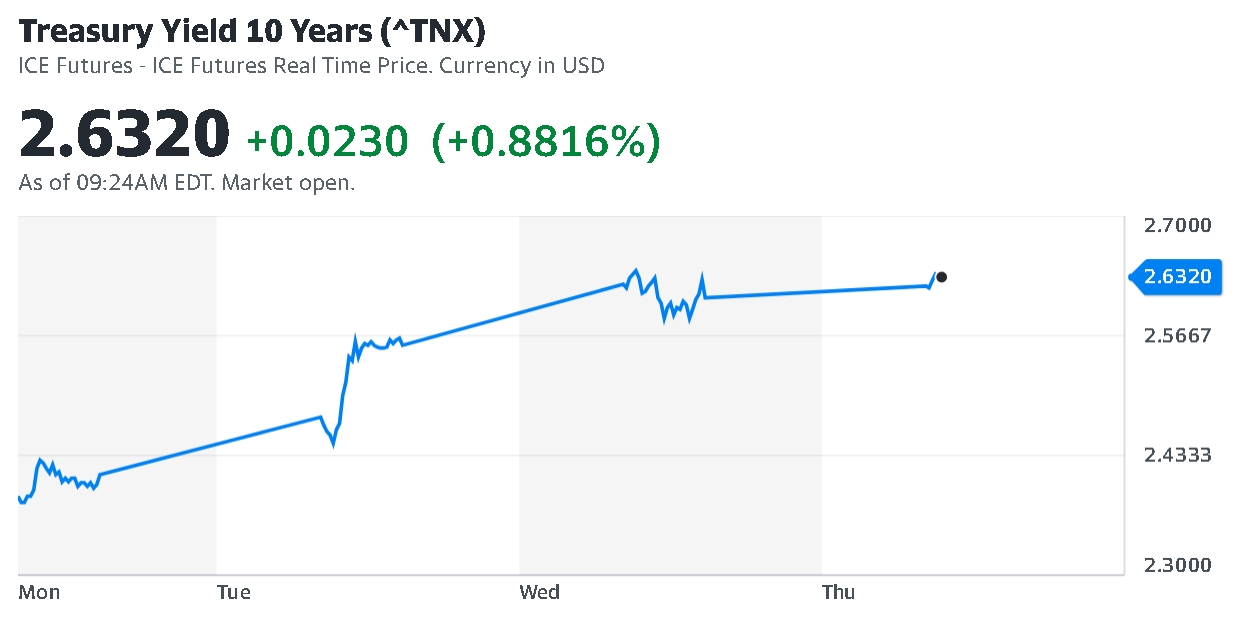 As a knee-jerk response to this, the bond market has pushed up Treasury yields in anticipation of imminent Fed actions. 10-year Treasury yields at 3% or higher will be inevitable in 2022, but is this the harbinger of a stock market collapse?

Not necessarily. This isn’t late 2018, when the Fed pushed bond yields to 3% and the S&P 500 immediately corrected 20%. There’s been plenty of warning this time around, and investors generally view the coming interest rate hikes as inevitable and, to a certain extent, justified due to high inflation.

In other words, investors expect the Federal Reserve to “do something” about rising inflation, and that’s exactly what’s happening. The markets are forward-looking and highly efficient, and since they’re currently pricing in a moderate slowdown of the economy, that’s why you’re seeing choppy market moves now.

The likely result will be a stock market that chops around, not a 2008-style crash. So, stay diversified and be nimble, as there will be plenty of head-fakes but also opportunities for informed investors.