Election Protection: Seeking Shelter as the Nation Is Paralyzed

I certainly don’t envy whoever ends up being president. By the time he begins his term, the U.S. federal debt will be at least $28 trillion and the deficit will exceed $3.3 trillion. Exacerbated by Covid-19, those numbers can only get worse regardless of what the government does.

No matter what stimulus package the president and Congress eventually agree to, it won’t be enough. The risk of a deep and lasting double-dip recession is growing with every day that passes. On top of all that, social unrest will undoubtedly flare up regardless of who’s in office.

Uncertainty will be the biggest winner of the election. And, the U.S. dollar will be the loser. Federal fiscal stimulus, monetized by the Fed and the U.S. banking system, will drive the nation further into debt. Money creation will be the knee-jerk response, though it’s not a permanent or rational solution.

This is not to say that the 2020 election outcome doesn’t matter. It absolutely does matter, but protecting yourself financially shouldn’t depend on trying to predict the outcome. As an informed investor, it’s best to keep a cool head and find ways to weather the storm no matter who’s in the White House. 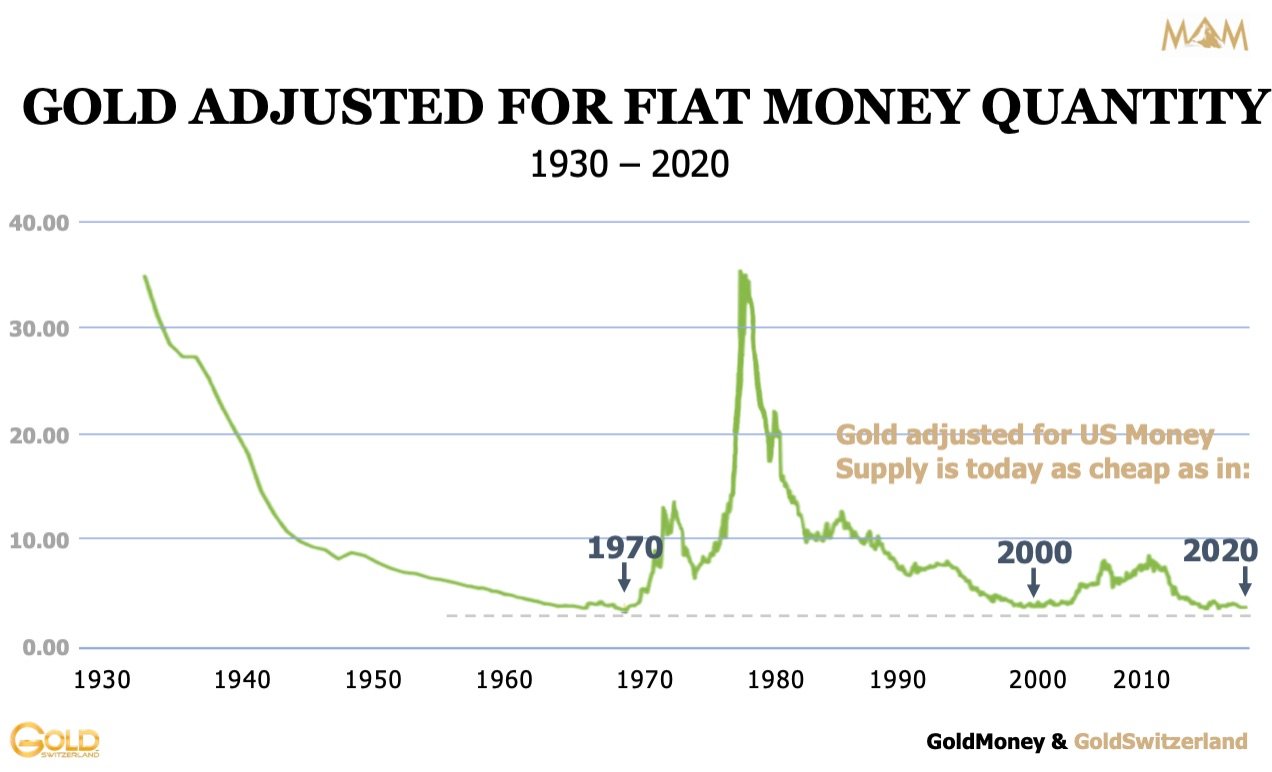 The exponential increase in the money supply over the next four years means that that the gold price will rise steadily and dramatically. In relation to the current and expected U.S. money supply, gold has rarely been this cheap and is a must-own for any portfolio.

What’s great about gold is that unlike some other asset classes, it tells the truth. The trajectory of gold reveals what is happing to the value of fiat money. The same thing can be said about silver, which is also historically cheap and absolutely worth owning.

The recent $2,074 high in gold will prove to be a key support level once it breaks through, an event that’s very likely to happen before the end of the year. Just think about how cheap gold was in 1970 when it was $35, or in 2000 when gold was $288. The numbers are different today, but the scenario is effectively the same.

There’s an old saying among technical traders: Breakouts should be respected until proven otherwise. Gold’s pullback to $1,900 doesn’t invalidate the upward trend at all, and only gives investors an opportunity to add to their positions: 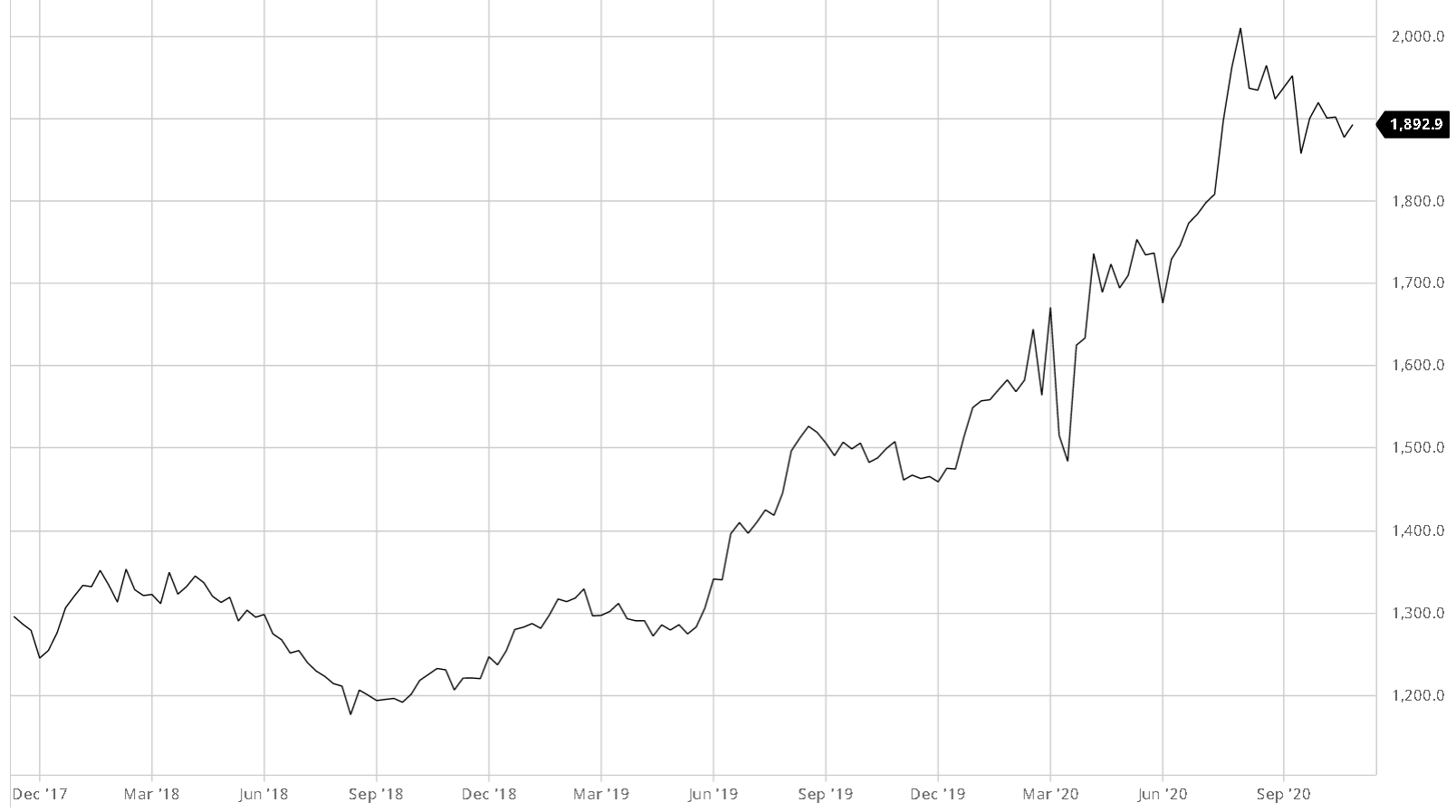 For the time being, the 5,000-year store of wealth is retesting its former 2011 all-time high resistance zone. Gold appears to have gotten ahead of itself in July and August, so a pullback was healthy and necessary for a more sustainable bull run.

In response to the clear case for gold amid dovish central bank expectations, post-election concerns, U.S.-China tensions, and the risks of a no-deal Brexit at year-end, funds have been buying precious metals in recent months. In fact, on October 15, long gold positions in ETF’s rose to a new record high of 3,459.8 metric tons (with data going back to 2002).

Those funds are bracing for peak uncertainty, and possibly unrest and violence. American citizens are preparing as well, as gun and ammunition sales have ramped up in recent weeks. I certainly won’t blame people for arming themselves as it’s their constitutional right to do so.

But just as your household needs protection, so does your portfolio. From now until the end of the year, there will be market disruptions and the government, which will be in turmoil, won’t be of much assistance.

Thankfully, today you can still buy physical gold and silver as well as shares of mining stocks. These have served me well during times of chaos and disruption. Precious metals and mining stocks are highly liquid, so you can buy them easily and then sell them if you ever need cash for your immediate needs.

Not that I recommend selling them unless you really need to, as their value is expected to grow as long as the nation remains in debt and politically polarized. And unless some miracle happens, these issues will plague America for a very long time.