EMPTY SHELVES, EMPTY TALK: The Reality of the

Is the U.S. economy resilient, or is it actually falling apart at the seams? Naturally, we can expect a positive spin job from the powers that be. Still, the government can only go so far in stretching the truth when so many Americans are struggling just to get by.

The stakes couldn’t be higher since it’s a midterm election year and November isn’t far away now. As a mix of disappointment, desperation, and anger swells among the voting populace, congressional Democrats are understandably anxious and the Biden administration is working overtime to make political losses look like wins.

Among Biden’s biggest headaches is what might be called “Russia fatigue.” Perhaps you’ve noticed that Russia’s invasion of Ukraine, which received top billing in the news headlines in March and April, isn’t the center of attention anymore. The invasion is still relevant, but inflation and recession concerns have become the headlines in mid-2022.

With Biden spending more and more billions of dollars sending America’s weapons to Ukraine – and committing to send our dwindling supplies of oil and natural gas to Europe –policies of “America First” is making a whole lot of sense.

Be assured that America First will make even more sense when electricity bills skyrocket (more than they already have) and gas prices push higher, even beyond the $5 national average that was unimaginable when Trump was in office. 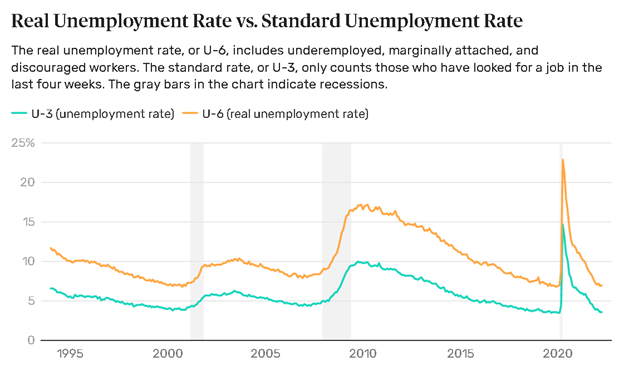 When it comes down to it, the Biden administration has only one talking point nowadays: seemingly low unemployment. Informed citizens know full well that the numbers released by the Bureau of Labor Statistics are bogus because they don’t count part-time workers and folks who gave up on looking for a job as unemployed.

Yet, even if we look past the manipulation of the numbers, Biden will cling to the low unemployment argument because 3.6% sounds good on the surface. Still, Joe Biden took this apparent bragging point to the extreme, claiming “it would not have been possible without the decisive action my Administration took last year to fix a broken COVID response, and pass the American Rescue Plan to get our economy back on track.”

He’s referring to the “solution” of printing and spending many billions of dollars while also issuing executive orders that would prevent American oil and natural gas companies from drilling. These actions were bound to have consequences, and as the other shoe drops in 2022, it’s getting harder for the White House to cover up the cracks in the economy’s foundation.

What they don’t want you to know is that U.S. employment actually shrank in two of the last three months, and the rate of layoffs is rising. In fact, last week marked the fifth consecutive week that jobless claims topped 230,000, and it was the highest number in nearly six months.

Among the most prominent businesses that are laying off workers are Tesla, Netflix, Carvana, and Coinbase, as well as real estate companies Redfin and Compass. On top of that, U.S. employers advertised fewer jobs in May than they did in April, thereby disproving the idea that “anybody who wants a job now can easily get one.” 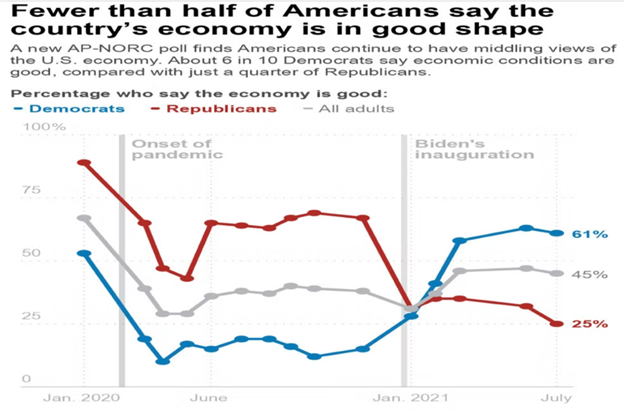 At the same time, there’s a persistent worker shortage in crucial sectors of the economy (truckers, miners and drillers, auto workers, etc.) that’s further crippling an already constrained supply chain. One startling upshot of these supply chain issues is empty shelves in American stores – just when you thought “it can’t happen here,” it’s happening in your town.

Consumer confidence has also plunged to record lows, and if consumers aren’t spending because they’re too worried about their dwindling budgets, America’s businesses can’t function. Even if Biden claims that a recession in the U.S. “isn’t inevitable,” the data indicates that we’re already in one: the Federal Reserve Bank of Atlanta estimates that the economy shrank by 1.2% in Q2, which means the U.S. is in a recession since the first quarter also saw a GDP contraction.

It’s an inevitable and tragic outcome of persistently high inflation – an ill-timed scenario that the government created and is now scrambling to fix, or at least conceal from the voting public. As Representative Kevin Brady put it, rising inflation has created an extra burden on small businesses and families because they “have been wiping out their savings just to keep up with rising prices in President Biden’s cruel economy punctuated by slow growth.”

Then there’s the Federal Reserve, which is now fully committed to slowing down the economy through aggressive interest rate hikes in order to slow consumer activity, which will (they hope) force businesses to lower the prices of the goods they sell. It’s a rough and nasty way to attempt to slow down inflation. As Biden attempts to take credit for apparent wins, Americans’ struggles cannot be ignored, and their voices won’t be silenced.