Everybody Hates Chipmaker Stocks. This Is a Gift

Sometimes in the game of investing, you’re given what I call a lay-up. It’s a stock, or even an entire sector of stocks, that is so obscenely undervalued that taking a long position is almost mandatory. Right now, certain semiconductor stocks fall into that category.

The key word here is “certain,” as not all semiconductor stocks are built the same. If you take the easy route and just buy the SMH semiconductor ETF, you’ll get a huge basket of microprocessor makers and some will be better than others.

Sure, AMD CEO Lisa Su warned investors that the company’s upcoming Q3 earnings report is going to be a rough one. Inflation is hitting growth stocks hard, and PC sales are way down. After that warning, pretty much all chipmaker stocks tanked; most of them weren’t AMD.

That’s known as the sympathy effect. When AMD’s CEO warned that its third-quarter results would be disappointing, anxious traders sold their Intel, Nvidia, and Micron stocks. They were worried that their stocks might be “next.”

It’s a gift from the market when this happens. This was primarily a warning about AMD, not other companies. Intel already warned about slowing PC sales. Su’s similar warning adds nothing new to any conversation about Intel, Nvidia, and so on. 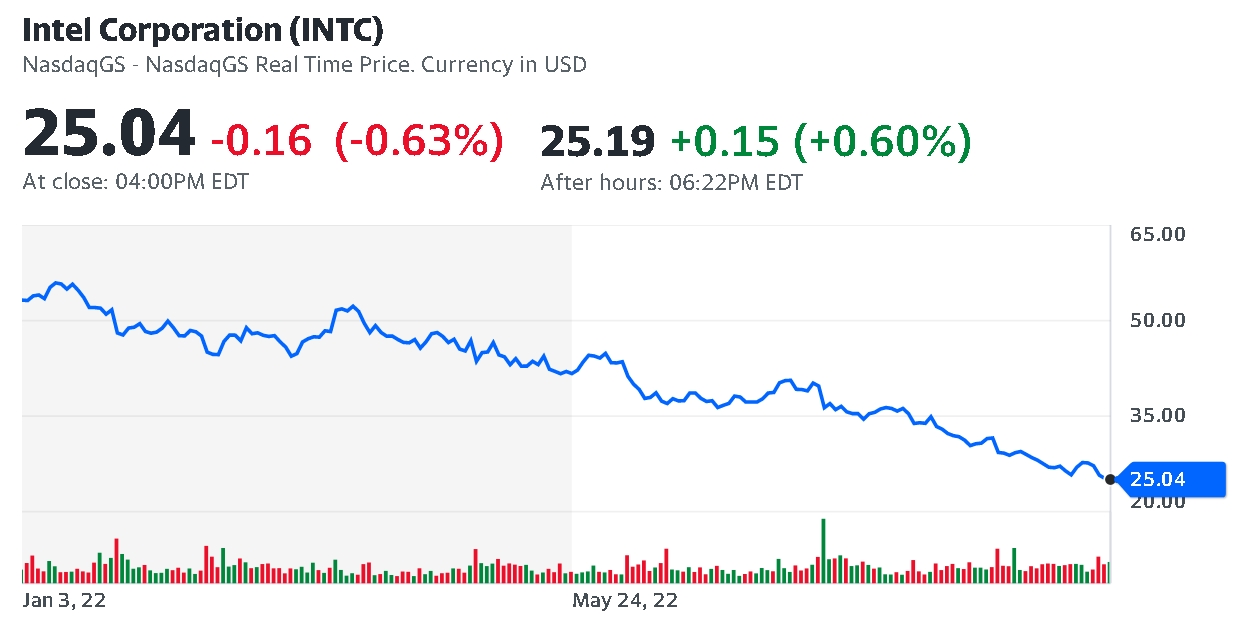 The upshot is an absolute meltdown in the American semiconductor sector. These stocks have been absolutely brutalized, including Intel, which is a gigantic company and a component of the Dow Jones list of mega-caps.

What we’re witnessing is a slew of retail traders reading the headlines without viewing the full story; they’re selling first and asking questions later. For instance, the U.S. commerce department recently announced new restrictions on exports of certain AI-related chip technology to China.

All eyes turned to Nvidia, a company that’s deeply involved with this type of technology. Nvidia specifically stated, “We don’t expect the new controls, including restrictions on sales for highly dense systems, to have a material impact on our business.”

But again, many folks just read the headline and panic-sold their Nvidia shares. Then, due to the sympathy effect, they went ahead and dumped their AMD, Intel, and other chipmaker stocks in haste.

Personally, I’m glad they did that. When stocks representing huge businesses are in free fall, that’s the time to thank your lucky stars. This is particularly true when those businesses are necessary for the modern economy to function. 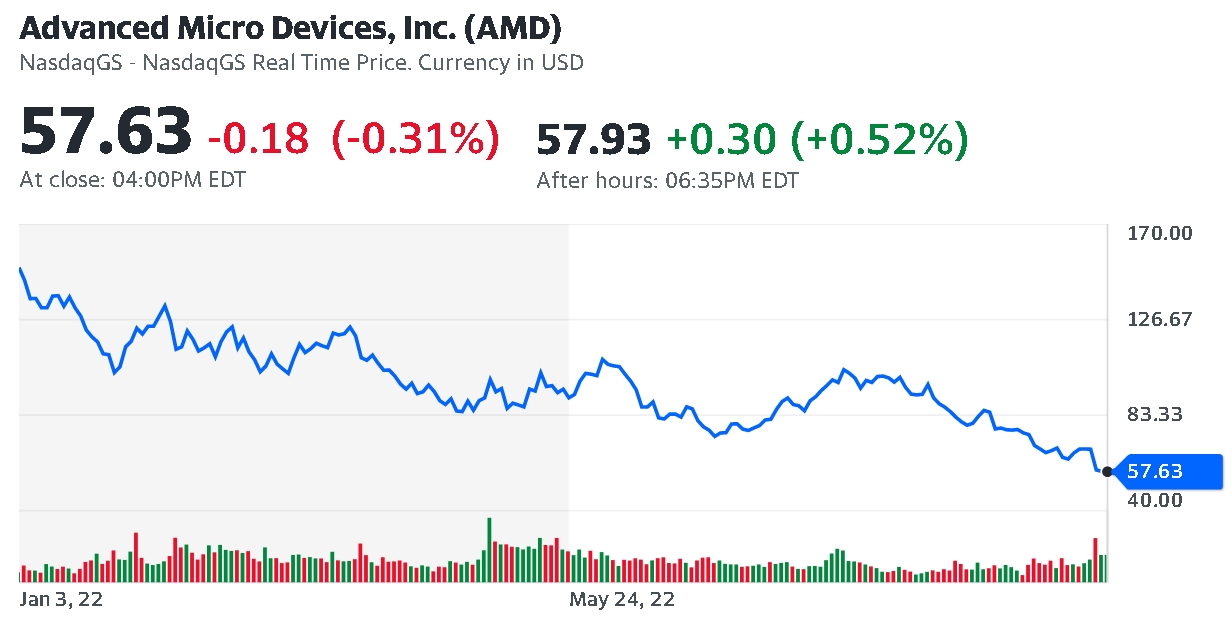 So here we are, with bargains that would have been unimaginable just a year ago. AMD has a trailing 12-month P/E ratio of 24.84. Micron clocks in at 6.93, and Intel comes in at a ludicrously low 5.37.

This can only happen when there’s a perfect storm of negative catalysts. Along with slow PC sales, you’ve got high inflation, an aggressive Federal Reserve, and a bizarre combination of a supply-chain crunch and over-stocked inventories.

That’s the semiconductor market of 2022 in a nutshell. You can find plenty of reasons to fear that these stocks will continue to go down, and that’s why you’re not supposed to take your entire position all at once. The idea is to scale in slowly, knowing that you won’t catch the exact bottom of the price move.

If you’re not buying now, when else should you be buying? When you get the all-clear from Wall Street analysts? You’ll get that eventually, when the prices of chipmaker stocks are much higher than they are now.

The idea is to buy during the worst of times – peak pessimism. Later on, you can sell for a profit when everyone and his uncle is optimistic. You won’t have any problem doing this, as there will be no shortage of retail buyers by then.