Fed Tightening Into a RECESSION!

ROCK AND A HARD PLACE: Fed Forced to Tighten Into a RECESSION!

Be careful what you wish for because you might just get it. In the Federal Reserve’s case, they wanted 2% inflation, and they finally got it – but they overshot, and the economy and markets are now in a tailspin.

Not long after he took the role of Federal Reserve chair, Jerome Powell tried raising the Fed Funds Rate, the nation’s benchmark interest rate, to 3%. When he did that in late 2018, the S&P 500 immediately fell 20%.

President Donald Trump, who had hired Powell, was understandably furious at Powell’s haste in hiking borrowing costs. When the Fed suddenly raises interest rates and makes borrowing more expensive, consumers and businesses hold off on making any investments, and this inevitably causes the economy to slow down.

Slowing down the flow of money in the U.S. economy can help bring the inflation rate to 2%, but it’s not as simple as that. For one thing, it has the side effect of sending stocks into a correction like the one we’re witnessing in 2022’s first half.

With that, trillions of dollars of wealth are wiped out – not just in hedge funds but also in people’s retirement accounts and their personal portfolios. When the Fed tightens so aggressively, there are very few places to hide. Even cash isn’t safe now since its value is rapidly deteriorating.

In late 2018, Powell backed off and brought the Fed Funds Rate down, so the negative impact was minimized and the economy was soon back on track. Until COVID-19 happened, the economy and financial markets were stable, and America was fairly calm and prosperous. 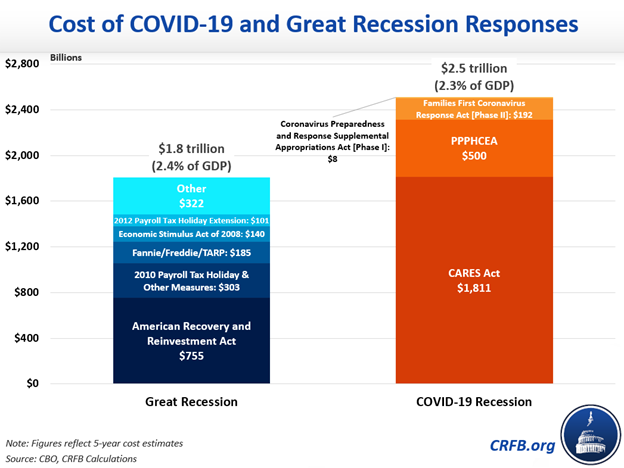 Then COVID-19 happened, and the government responded aggressively – perhaps too aggressively with unprecedented money-printing and spending. America’s sovereign debt load ballooned, and so did the money supply as the government printed up more dollars in months than it had done in the years leading up to the pandemic.

Sure, it was a relief for families to receive a few stimulus checks, but that’s not free money. As I’ve warned many times, there’s always a price to pay when governments increase the money supply. Sooner or later, the already deteriorating dollar was bound to collapse.

This isn’t what Powell wanted, of course. Inflation, measured by the Consumer Price Index, is supposed to be held at 2%, or at least that’s what the Fed chair wants. He already had trouble achieving this objective, even when the economy was stable, because inflation was low during Trump’s prosperous presidency.

Fast-forward to mid-2022 and Powell’s Fed has the opposite problem: getting the inflation rate down, rather than up, to 2%. Heck, Powell can’t even seem to get the annualized CPI down to 8%. He tried to reassure Americans that inflation would be “transitory,” but the numbers don’t lie: the CPI prints were 8.5% in March, then 8.3% in April, and then a shocking 8.6% in May.

Obviously, there’s nothing “transitory” about inflation in 2022. The other shoe was bound to drop in the wake of relentless debt spending, which started long before Russia invaded Ukraine.

The timing of the Russian invasion is convenient for Joe Biden since it gives him a seemingly perfect excuse for out-of-control inflation. Yet, the root causes stem from years of policy errors, and middle-class Americans are now paying the price for this.

Among other symptoms, foreclosures are on the rise, and people can’t even afford to pay the rent, not to mention the mortgage, as the American dream of homeownership evaporates due to rising costs across the board.

Prices of essential goods from food to fuel are sky-high in 2022 as well. The Fed’s response of hiking borrowing costs isn’t helping Americans now with credit card rates currently at an average of 16.61%. This could be closer to 19% by the end of the year, which would be a new record.

In the wake of the Fed raising the benchmark interest rate by 50 basis points in May and then an additional 75 basis points in June – the biggest single hike since 1994 – Powell has finally admitted what everyone already knows: a recession is “certainly a possibility,” and it will be “difficult” for the Fed to achieve 2% inflation.

With the U.S. GDP contracting by 1.5% year-over-year in 2022’s first quarter, it could be argued that America is already in a recession. As the Fed tightens while asset prices are very high, the specter of 1970s-style stagflation is a real and present danger.

At some point, it’s inevitable that Powell’s Fed will relent and ease up on the tightening. Yet, as the country slides into recession and stagflation, it’s almost guaranteed that the central bank will overreact and overcorrect: this raises the possibility of stimulus and accommodation like the world has yet to see, similar to the previously unthinkable negative interest rates.

Consider a policy response – or should I say a policy error – like the monetary response to COVID-19, but much bigger. It will have a temporary, stimulating effect on the economy and the stock market. As always, however, there’s a price to be paid, and we will all pay it in the end.