If you thought it couldn’t happen in the Land of the Free, think again. Soon after Chinese regulators made it practically impossible to conduct business in cryptocurrency, the Biden administration is now weighing an executive order on cryptocurrencies.

The order under consideration would create federal agencies (i.e., bigger government) study and offer recommendations on areas of crypto, including financial regulation and national security.

The draft has been circulating among senior government officials and regulators, and would provide oversight (i.e., interference and oppression) roles to a range of bureaucracies, from the Treasury Department to the Commerce Department, as well as the National Science Foundation and national security agencies.

As you might expect, the cryptocurrency market isn’t particularly eager to have the government get involved in its affairs.

After all, the whole point of Bitcoin and other popular cryptocurrencies is to keep Uncle Sam’s dirty hands off of our money.

Besides, at the moment, the government is completely disorganized when it comes to regulating cryptocurrency, or even understanding it.

Even in 2021, it’s still unclear what roles should go to the Securities and Exchange Commission, the National Economic Council and National Security Council, the Internal Revenue Service, and the Treasury Department.

Perhaps the one person close to Biden who could provide some real expertise in this area, isn’t allowed to do so.

Tim Wu, a special assistant to the president for technology and competition policy, has knowledge in this area but is prevented from working on cryptocurrency because of his personal holdings. These include millions of dollars’ worth of Bitcoin and as much as $250,000 in Filecoin, according to financial disclosures.

To complicate matters even further, The Justice Department just recently launched a National Cryptocurrency Enforcement Team to investigate and prosecute the misuse of cryptocurrency.

And here’s the funny part of it all: the U.S. government tried appointing a crypto czar once before, and that experiment was a forgotten failure. 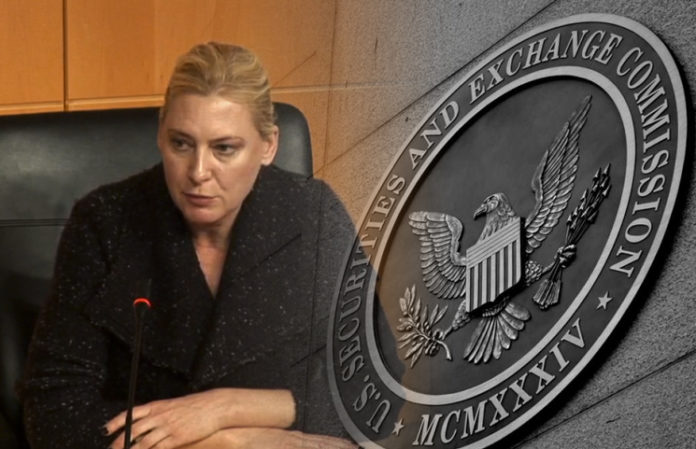 On June 4, 2018, the Securities and Exchange Commission announced the appointment of veteran SEC attorney Valerie Szczepanik as Associate Director of the Division of Corporation Finance and Senior Advisor for Digital Assets and Innovation (is that title long enough for you?).

Informally, Szczepanik was known as as the SEC’s Crypto Czar. This event was supposed to usher in a new era of understanding and innovation, as well as measured enforcement of standards and practices for cryptocurrency.

None of this actually panned out, and the whole thing was soon treated as if it had never happened.

I’d like to think that Biden’s potential appointment of a crypto czar either doesn’t take place at all, or is quickly recognized as a terrible mistake.

Another possible outcome is that, in a misguided attempt to regulate Bitcoin, Ethereum, and other coins, Treasury Secretary Janet Yellen ends up becoming the de facto crypto czar.

That could actually be the worst-case scenario. Thankfully, neither Yellen nor anyone else in the government can ever really tame cryptocurrency. Even if they co-opt Bitcoin, another “people’s money” will take its place and create more distress for the regulators seeking to control it.