Gold on a TEAR!

We’re seeing gold explode here in 2019. As I have been telling my readers, a cross above $1,400 is going to be extremely psychologically bullish for the precious metal community. I have to be honest with you: the $100 move we’ve seen from May 30thuntil now has been nothing short of spectacular.

The engines are firing up and I’m incredibly happy that we’re spring-loaded for the upside in the precious metal space. I truly believe this is where we will see some monstrous gains here into the latter parts of 2019.

For the most part, the U.S. Federal Reserve is only a friend to the corporate elites and the politically connected in Washington. Sometimes, though, the middle class can leverage the Fed’s irresponsible behavior through investing opportunities – and right now, we’re seeing a perfect example of that.

In a stunning turnaround since Jerome Powell’s threats of interest rate hikes back in December, the Fed is now 100% committed to keeping U.S. Treasury yields as low as possible, lest they precipitate another 20% correction in the stock market. Indeed, it’s not even a question of whether there will be rate cuts this year, but how soon and how many.

For anyone considering buying U.S. bonds as a decent income-producing investment, they’re going to have to look elsewhere. The 10-year Treasury only yields around 2% now, so after the rate of inflation is factored in, you’d essentially be breaking even on your investment – and it’s likely to get worse when the impending interest rate cuts commence.

In this upside-down market environment, bonds aren’t the safe haven investment that past generations could count on. That role has now been taken by gold, a real safe haven that’s been around for much longer than bonds and doesn’t require the government to act responsibly.

Throughout the years, gold has had an inverse relationship with real (inflation-adjusted) Treasury yields: 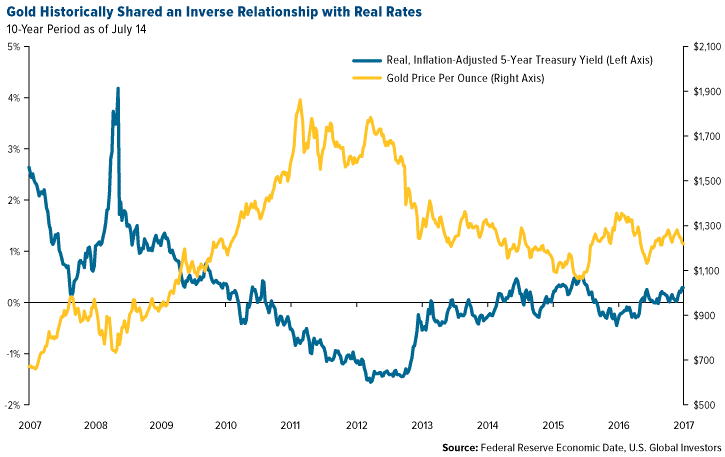 It doesn’t take a crystal ball to see that gold will soar when the Federal Reserve starts chopping Treasury yields. And believe me, there will be chopping – multiple rate cuts are expected this year and next year, and they might not be the garden-variety quarter-point cuts either.

Gold won’t be the only beneficiary of the upcoming fourth round of quantitative easing. We know from history that the dollar typically follows the direction of Treasury yields, as currency traders tend to be drawn to currencies where interest rates are attractive. If dollar weakness lies ahead of us, which asset class besides gold stands to gain the most?

The answer lies in the blockchain, where fiat currency’s failure is the savvy investor’s opportunity. Bitcoin has been good to us here at Crush The Street. We were fortunate to be in Bitcoin in its infancy and doubled down on it in November of 2018 when many were abandoning it for dead.

Bitcoin is the perfect antidote to Fed foolishness and dollar deterioration: it’s inflation-resistant, independent of government interference, and built by the people and for the people.

Just like gold’s price, Bitcoin’s price is often measured against the U.S. dollar, thus reinforcing the inverse relationship between fiat money and cryptocurrency. By pursuing its drastic policy of interest rate cuts, then, the Federal Reserve is ensuring a strong finish to 2019 for anti-fiat assets like gold and Bitcoin.

It’s already been a good year for gold, with the metal starting 2019 at under $1,300 and now breaking out hard beyond its $1,350 resistance level, up to around $1,390. Bitcoin, by comparison, has been (literally) a breakout star, and I’m starting to feel a little bit sorry for anyone who bet against it this year: 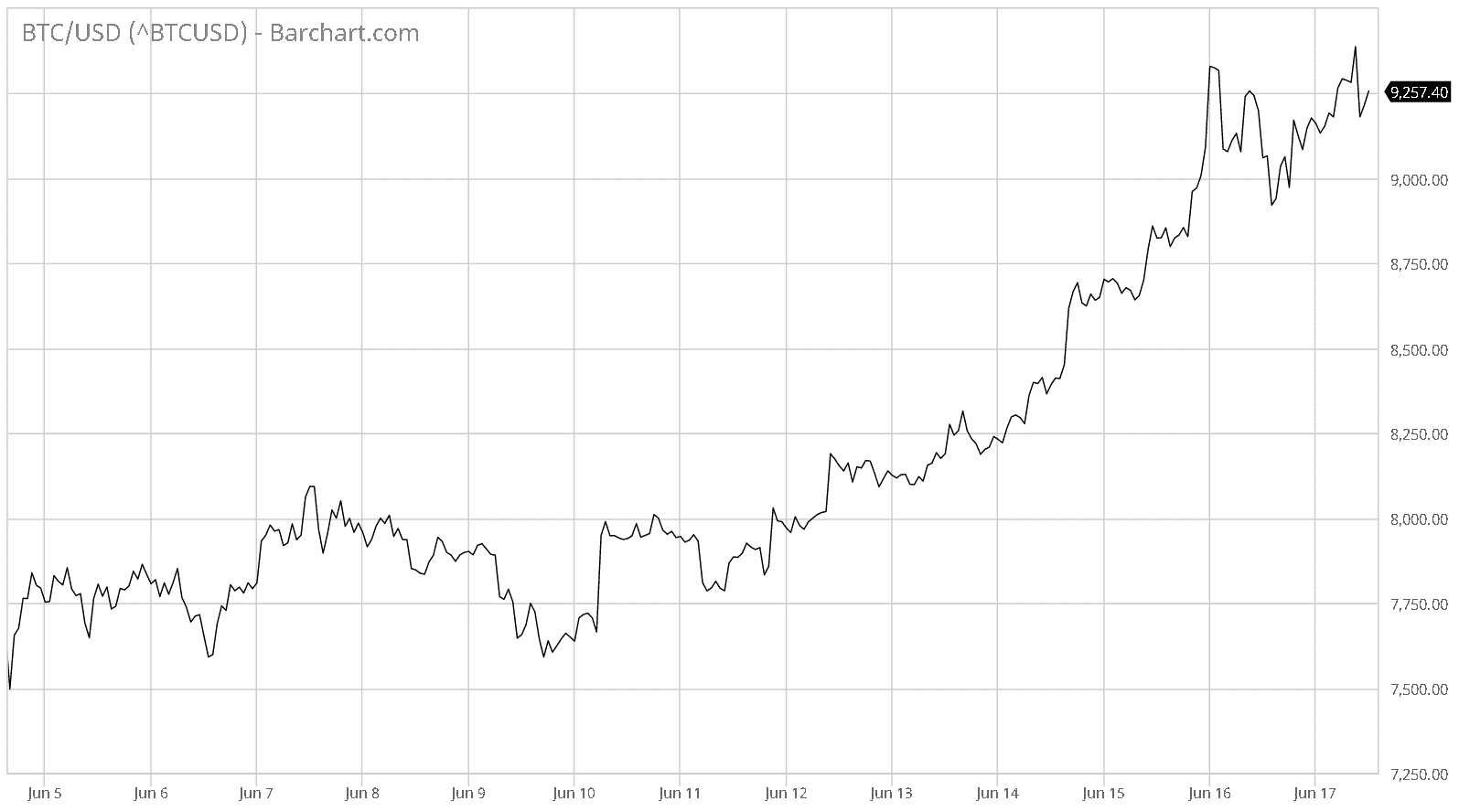 Betting against Bitcoin in 2019 is a one-way ticket to bankruptcy because adoption is firmly taking hold among retail consumers, as well as corporate investors.

In the latest development, Facebook’s foray into the blockchain is making headlines, as they’re set to potentially introduce cryptocurrency to over 2 billion Facebook users. On the institutional side, you’ve also got JPMorgan Chase rolling out their JPM Coin – an ironic twist given CEO Jamie Dimon’s previous anti-crypto stance.

Many believe that Facebook’s coin will be competitive to Bitcoin, but in its early stages, I have to believe that we’ll see a “rising tide lifts all boats” environment.

Don’t misunderstand: the Federal Reserve would prefer that we not discuss gold and cryptocurrency, and instead just stay faithful to the S&P 500 and the U.S. dollar. They didn’t count on alternative media sites like Crush The Street spreading the word – even the Fed’s worst policies could turn out to be your best financial opportunities.