Gold Pressures Mount to the Upside!

Government: Hands Off Your Money!

When Twitter and Square founder Jack Dorsey warned the world about imminent hyperinflation in America and elsewhere, the social media gadflies buzzed and the mainstream TV talking heads were in an uproar. But really, was Dorsey saying anything that contradicts reality?

His first posting said, “Hyperinflation is going to change everything. It’s happening.” This was followed up by a tweet added that “It will happen in the US soon, and so the world.”

Interestingly, at around the same time, Federal Reserve Chair Jerome Powell admitted that “inflation pressure is likely to last longer than previously expected.” Clearly, the Fed can’t control the dollar’s rapid deterioration if it couldn’t even predict it.

As 2021 limps into its final months, inflation continues to have ripple effects throughout the developed world. Just a few days ago, the Bank of Canada said it now expects CPI inflation to stay elevated through the remainder of this year and into 2022, for example.

Bank of Canada Governor Tiff Macklem was heard saying, “Our job is to make sure that the price increases we’ve seen in many globally traded goods don’t feed through and translate into ongoing inflation.” 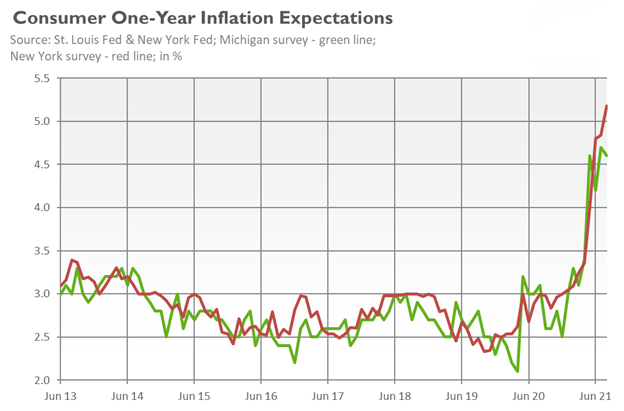 Obviously, Macklem wouldn’t have mentioned “ongoing inflation” if that wasn’t already a feared outcome, and a very real possibility.

Yet, despite the mounting evidence to the contrary, world governments will promote their fiat currencies as the best form of money. History shows that these currencies, unlike the inflation that erodes their value, are always “transitory.”

Meanwhile, hard assets have retained their value not just over centuries, but throughout millennia and regardless of who’s in power at any given moment.

Gold survived and even thrived during the worst of times, including America in the 1970’s. Echoes of that stressful decade can be seen and heard today as the government is powerless to contain rising prices of a multitude of necessities, from food to rent, gasoline and utilities.

Still, investors have one last chance to buy gold at $1,800 before inflation really kicks in. Bullion will prove to be not just a store of real, enduring wealth, but also a shield against the government’s meddling into your finances.

And believe me – they’re meddling and they’re watching. Only a handful of trustworthy media outlets will report on this, but the current presidential administration is floating a proposal which calls for Internal Revenue Service monitoring of people’s bank accounts, including anyone with $600 or more in their account. 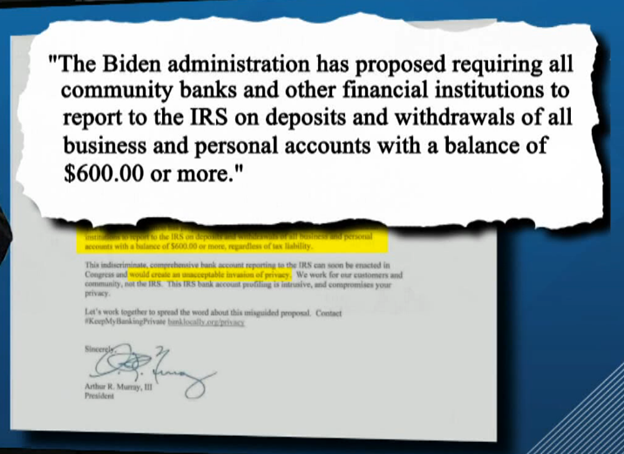 That would allow the IRS, a government entity, to monitor the bank accounts of just about everyone in the country who has a bank account. In contrast, holding gold would make it more difficult for the state to gets its prying eyes and hands on your wealth.

At the same time, the IRS is only one arm of a much larger octopus that’s coming for the people’s wealth now. Quietly but relentlessly, multiple developed nations are colluding to enact a “Global Tax Agreement” which would include a “Pillar” known as the Global Minimum Tax.

The current presidential administration has released a statement approving of the Global Tax Agreement, so don’t be too surprised if, in the very near future, there’s no place on the planet to hide from the multi-national wealth collectors.

If you own nothing but fiat money, they’ll steal from you one way or another: through taxation, or simply by eroding its value through relentless money printing.

Historians have seen this movie before, and it doesn’t have a happy ending for most people. If you’re prepared ahead of time, though, then you can avoid the impact of government overreach and intrusion: gold, unlike the state’s money, can be held, kept, and relied on.