Take France: big-government environmental policy and the associated fuel tax increases have sparked riots, looting, and vandalism – and, in the process, have made French President Emmanuel Macron more vulnerable than ever, with one poll finding that 71% of 1,000 respondents had no confidence in him.

The world is seeing unprecedented instability…

It can’t all just be a coincidence. The price of gold against the U.S. dollar just had its best month since January of 2017 – two years of taxiing down the runway, and finally the liftoff. Gold had three months of solid gains in the final quarter of 2018 and a spectacular ending to a year that’s undoubtedly a sign of more gains to come.

The widely monitored and highly anticipated $1,300 resistance level is within a hair’s breadth as the gold explosion is underway.

There are certainly a number of factors at play here: trade war jitters, fighting over the border wall, tension between the President and the Federal Reserve, fading of the U.S. dollar’s rally, highly volatile stock market indices, a major sell-off in big tech companies – these are all bullish catalysts for gold right now.

And we can add another piece of the puzzle: after taking a break for over two years, China is now adding to its gold reserves again. Prompted by mounting concerns that the tariff war with the U.S. is threatening economic growth, The People’s Bank of China increased their gold holdings by 1,853 metric tons by the end of December, from 59.24 million to 59.56 million ounces.

This is a remarkable increase in and of itself, and it is even more startling when we consider that China’s gold reserves had remained unchanged since 130,000 ounces were added back in October of 2016: 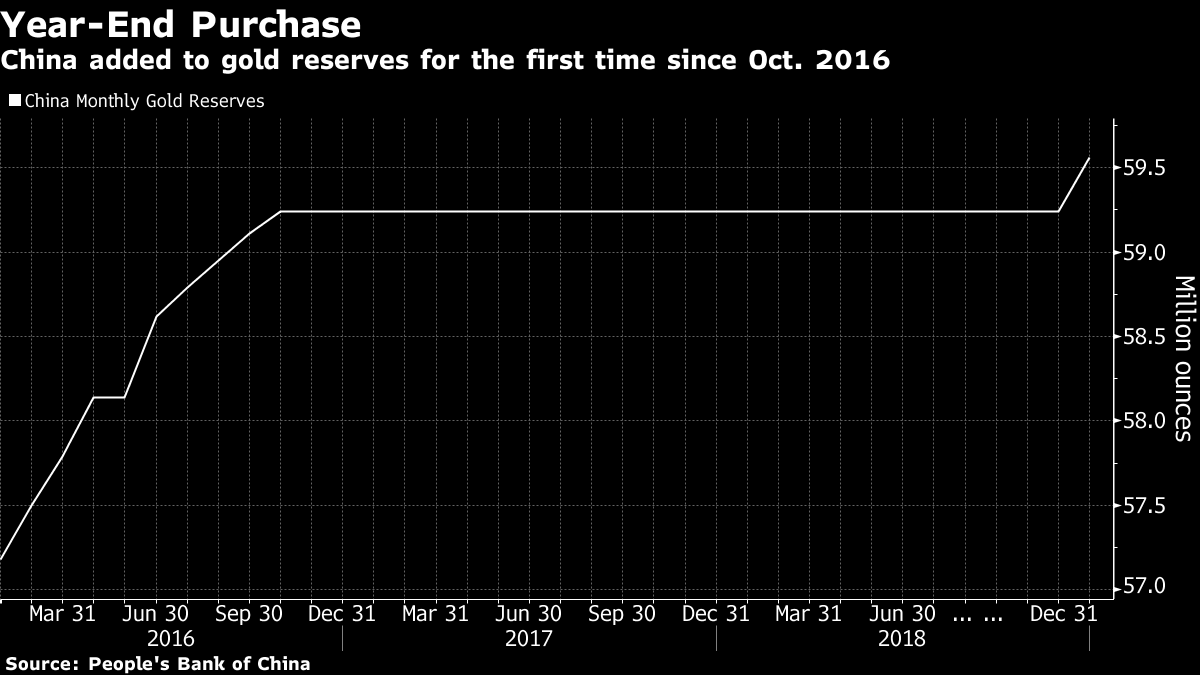 Whether China actually ceased accumulating gold for two full years or they simply didn’t report their accumulation until now is up for debate. After all, China has been known to wait for long periods before revealing their increases in gold holdings. For instance, when China announced a 57% increase in their gold reserves to 53.3 million ounces in July of 2015, it had been their first update in six years.

The more central issue, though, is that China is clearly making moves to distance themselves from the U.S. dollar and brace themselves for the impact of a slowing global economy and a wearying trade war. And they’re not the only ones: eastern-central European countries like Poland and Hungary added to their gold holdings in 2018 for the first time in many years.

These nations are seeing the undeniable signs of a volatile equities market in a world filled with uncertainly and instability. By accumulating gold, they’re preparing for the worst and protecting themselves with the world’s oldest and most reliable safe-haven asset.

Well-known fund managers like Jeff Gundlach and Ray Dalio have also been shoring up their gold reserves – and frankly, with all the big-government issues going on in the world today, who can blame them for reallocating into gold?

The uprising in France seems to be metastasizing, as the French protests have been inspiring others in Europe to revolt. Copycat riots have been reportedly taking place in Belgium, with police detaining more than 400 people after “yellow vest” protesters threw rocks and firecrackers and damaged shops and cars in Brussels. 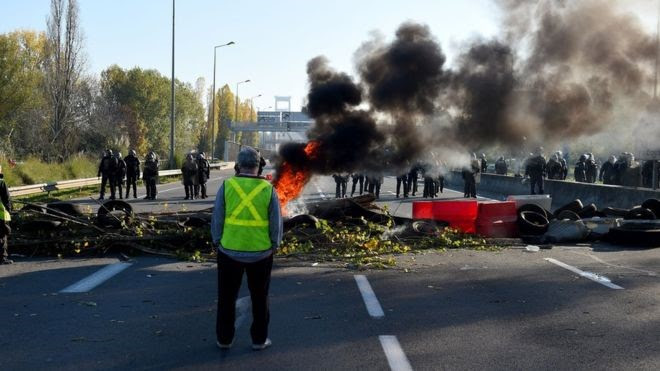 The issues we’re seeing in France and elsewhere are illustrative of how big-government problems can spiral out of control very quickly, disrupting the political stability of nations – and political instability inevitably leads to economic instability and market volatility.

As a crisis hedge and asset class on the verge of a major breakout, gold’s value has never been greater. Get ready for a wild year in global politics and economics – and an amazing year for gold, a terrific investment in an insecure world.

Keep your eyes peeled and dry powder ready for a brand new opportunity I plan on revealing in less than 10 days that is highly correlated to crisis hedging and leveraged exposure to gold. You won’t want to miss it.