Huge Rewards for the Patient and Persistent!

$2,000 has been a battle zone and a frustration trigger for countless gold investors around the globe. The gold price reached that level in August of 2020, and then again just a couple of weeks ago, only to get rejected both times.

How we choose to respond to rejection and frustration will define us as investors and determine our success or failure. We can compare this to the great inventors throughout history who failed and were rejected multiple times before finally having their breakthrough moment.

For silver, the pain point has been $26. After getting rejected there multiple times, it can be tempting to blame the market manipulators and just give up completely on precious metal investing. 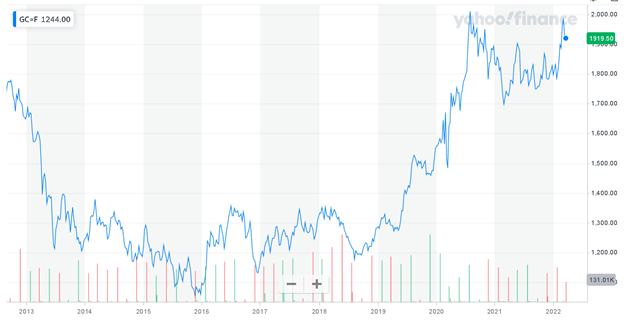 At the time, it was impossible to know that in 2019 and 2020, gold would break out to $2,000 and form a textbook cup-and-handle chart formation, which technical analysts consider to be quite bullish.

All the investors had to do was sit on their hands and hold their gold not knowing exactly when the breakthrough moment would happen but fully understanding that trillions of dollars of money-printing were bound to have an impact sooner or later.

I’d been warning of an inflation ramp-up for a while, and here we are with nearly 8% annual U.S. inflation and huge rallies in a range of commodities from uranium and lumber to oil and natural gas. 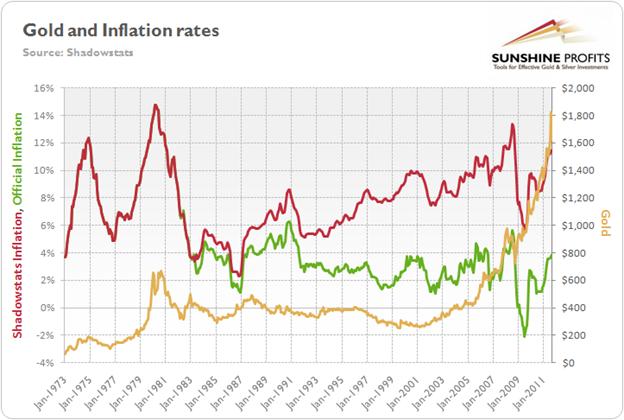 This isn’t to suggest that it will take another four years for the next breakout to occur. When the real inflation rate rises – as opposed to the artificially understated number that the government publishes – the upward move in gold and silver can be swift and powerful.

Without a doubt, some folks threw in the towel and sold their gold and silver right before they staged a massive rally from 2005 to 2011. They didn’t pass the market’s big test, and they’re surely kicking themselves for leaving so much money on the table.

Passing the test might be challenging on a psychological level, but it’s not hard to do procedurally. The idea is to accumulate during quiet periods and add when the price dips.

This can be done with both gold and silver, as well as shares of the companies that mine for these essential minerals. Unless you’re imagining that the world will never place value on gold and silver again, there’s really no reason to exit your position.

Now, we can see exactly why some investors don’t capture the lion’s share of the gains. They haven’t developed the emotional strength and control to succeed in the game of investing.

If you can develop these traits, the sky is truly the limit. If not, you’ll just have to sit by and watch others succeed, build powerful wealth, and make their dreams become a reality.