How Investors Can Navigate Choppy Markets

When the markets are trending strongly in one direction or the other, you’ll be sure to hear about it in the mainstream financial media. Naturally, analysts will come out of the woodwork and trot out their price predictions. What about choppy markets, though?

Range-bound, directionless markets aren’t discussed as much because they don’t capture the public’s attention as much as strongly trending markets do. Take Bitcoin as an example. When Bitcoin jumped from $30,000 to $68,000 last year, it was a hot topic of conversation.

In 2022 so far, however, Bitcoin has been chopping between $35,000 and $45,000. This signals the market’s difficulty in knowing what to do with Bitcoin, and to make a firm decision on how to trade it.

You might have noticed that Bitcoin isn’t the only financial asset that’s been chopping around lately. Gold has been oscillating between $1,900 and $2,000, while silver’s been wavering between $24 and $27.

Then, of course, there are stocks. The S&P 500 hasn’t hit a record high since January 3, and lately every green day seems to be followed by a red day. Meanwhile, the tech-heavy NASDAQ’s been lurching up and down, exaggerating the price moves of the S&P 500.

You can spend all day and night trying to figure out what’s behind these frustrating, anti-directional price moves. The media will do its best to distract you, pumping out reports on whether Elon Musk will or won’t buy Twitter, or how many millions of dollars NFT’s are selling for. 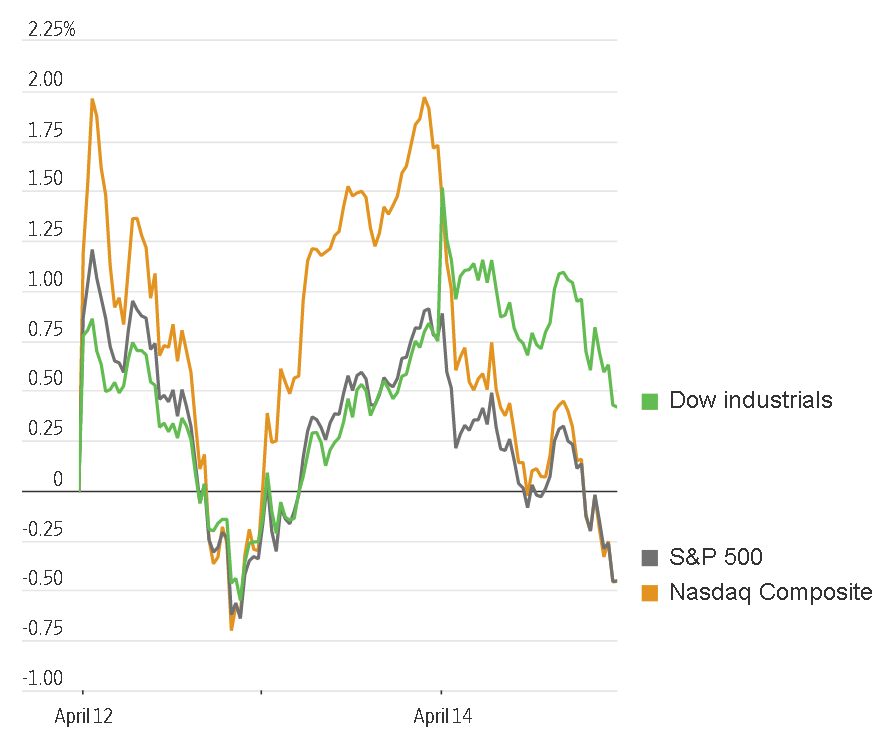 One good thing about choppy markets is that they lend themselves to swing trading, in which people only hold assets for days or weeks, or maybe a few months at most. If you can define a range on a chart, then you can buy at the bottom and sell at the top of that range.

Some traders swear by this rinse-and-repeat strategy. The thing to bear in mind, though, is that range trading “works until it doesn’t,” as they say. No support level is guaranteed to hold, and every trade must have an exit strategy.

For long-term, fundamentals-focused investors, though, ranges only represent a waste of time. Or, do they? Sometimes, a financial asset has to take a breather after a run-up. Bitcoin, gold and silver are examples of this.

Viewed in this way, investors can construe the chop as the market making up its mind before taking the next leg higher. What are investors trying to make up their minds about, though?

As usual, all roads lead to the Federal Reserve. Everybody’s expecting the central bank to increase the Fed funds rate at every single FOMC meeting this year. Really, investors are just trying to wrap their heads around the implications of monetary-policy tightening.

As CIBC Private Wealth Chief Investment Officer David Donabedian put it, “Investors are trying to figure out if the Fed is on the right course. Can they stick the landing in terms of bringing inflation down without bringing the economy down?”

In a similar vein, Morgan Stanley Wealth Management Chief Investment Officer Lisa Shalett observes that “Such aggressive tightening will make the Fed’s policy execution highly complex.” Thus, Shalett questions whether the Fed will be able to engineer a “soft landing” for the economy as it shrinks its hefty balance sheet.

As U.S. government bond yields rise, Wall Street has to come to grips with an elevated stock market that has depended on ultra-accommodative monetary policy for at least a full decade. Can large-cap stocks continue to perform without a safety net in 2022?

As for Bitcoin and gold and silver, rapid dollar inflation is the catalyst that should soon move these assets out of their ranges. Large-cap stock-market indexes have a different path out of their ranges, and it will depend on the American consumer’s readiness to spend.

When people are spending money, businesses thrive and the stock market goes up, though it’s not always an immediate cause-and-effect response. Sentiment will drive stock-price moves in the short term, and the media loves to feed into this.

Once the chop stops, stocks are most likely going to end higher. You might have to wait until late 2022 for this to happen. The summer can be a dreary time for the stock market, but if you “sell in May and go away,” you might miss out on a positive surprise if and when it arrives.