Investing During America’s Most Contested Election Ever

Back in December of 2018, Sprott Money’s Nathan McDonald predicted that the 2020 presidential race “will most certainly go down as one of the most violent, vicious elections this world has ever seen.” Some mainstream media commentators probably scoffed at McDonald’s prediction at the time, but they’re not laughing now.

The notion that America is a divided nation isn’t new, by any means. President Donald Trump is known for his lightning-rod personality and his strongly worded opinions, so polarization is to be expected. In other words, fierce debate is bound to arise when you have a “love him or hate him” kind of president.

But in 2020, we’re not just seeing robust debate. We’re witnessing the tragic, unsettling realization of McDonald’s prescient vision of “massive clashes… leading to monstrous, bloody battles in the streets, resulting in high levels of damage to public property.”

We can cite the George Floyd riots, which did indeed result in violent street clashes and public property damage, as evidence that McDonald’s prediction is coming true. On the other hand, those riots weren’t directly connected to the upcoming election.

Still, those riots should serve as a warning of what’s coming. Investors should fully prepare for the possibility of full-on physical violence as posturing and brinksmanship morph into chaos amid history’s most bitterly contested U.S. election. 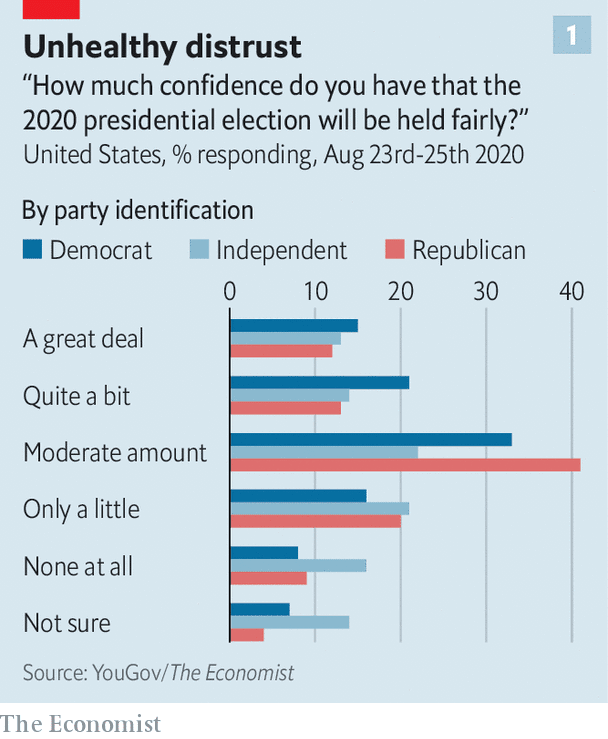 The core issue here is the legitimacy of the election result, which is already being preemptively contested. President Trump in particular has cast doubt on the integrity of the election by expressing his concerns about mail-in ballot fraud.

In that vein, Trump reported that “a lot of ballots were found in a river” and that those with Trump’s name “were thrown in a wastepaper basket.” Additionally, the President predicted that the November election “will end up in the Supreme Court” and commented, “We want to make sure the election is honest and I’m not sure it can be.”

Trump also declined to commit to a peaceful transfer of power if Joe Biden somehow wins the election, saying, “We’re going to have to see what happens… [T]here won’t be a transfer [of power], frankly. There will be a continuation.”

At the same time, the Biden camp is already lawyering up and there’s no doubt that the Democrats will dispute the outcome if Trump wins. Regardless of how this all turns out, you can count on an extended period of anarchy as the elections results remain in limbo for days, weeks, or even months.

The smart money is fully aware of this and is preparing accordingly: 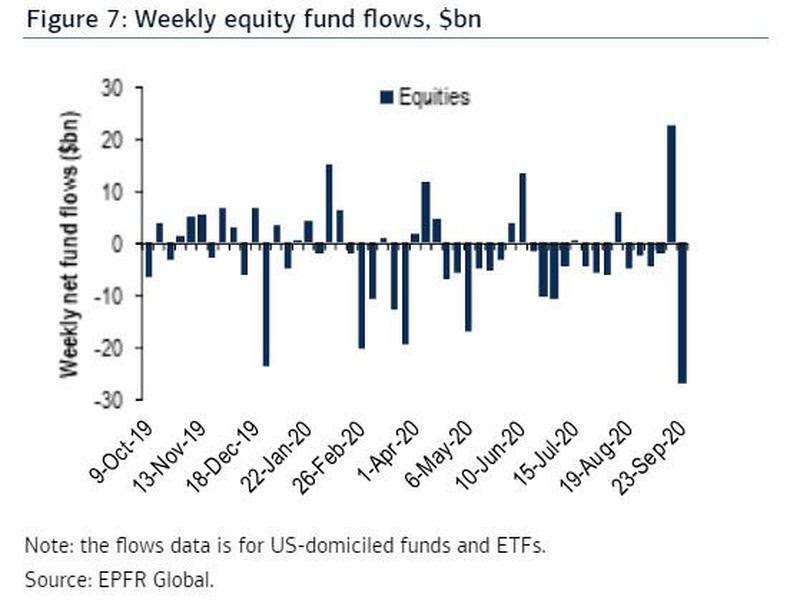 For investors, this means it’s not the right time to park your nest egg into index funds that track the stock market. The last thing you need is to be fully exposed while an unprepared nation grapples with a political and economic tinder box.

In this light, the “diversify or die” investing mandate is loud and clear. Precious metals can serve as a defensive bulwark for your portfolio while you wait out the imminent volatility. Thousands of years of history are a testament to gold and silver’s enduring value as a crisis hedge.

And there’s really no better time than the present, especially since prices of gold and silver dipped moderately in the second half of September. That’s your signal to get on the elevator as it’s preparing to go up while the nation descends into confusion that, unfortunately, will last for a while.