It’s Not Too Late to Invest in Bitcoin

When it traded between $16,000 and $17,000 for months on end, hardly anyone in the media wanted to talk about Bitcoin. Now that it broke above $23,000, suddenly the pundits and plenty of social media commentators are bullish on Bitcoin. Does this mean the train has already left the station, though?

The answer is no, it’s definitely not too late to take a long-term position in Bitcoin. For short-term “swing” traders, it may be a different story entirely. Short-term price moves are difficult to predict, and it wouldn’t surprise me if the Bitcoin “whales” need to digest their gains before the next leg up.

Besides, it’s not as if everyone’s suddenly a big fan of cryptocurrency. JPMorgan CEO Jamie Dimon, for instance, just called Bitcoin a “hyped-up fraud.” Other high-profile commentators may be concerned about cryptocurrency in general, in the wake of the FTX blowup.

For one thing, not all cryptocurrencies are the same and prospective investors shouldn’t avoid Bitcoin just because of the FTX debacle. If that’s your argument, then I could just as easily make an argument for avoiding JPMorgan stock because some of the firm’s traders were convicted of fraud and attempted price manipulation of precious metals derivatives.

Another concern is that Bitcoin and other cryptocurrencies will be subject to government scrutiny and regulation in the coming years. For example, François Villeroy de Galhau, governor of the Central Bank of France, emphasized the need for crypto regulation during the Davos 2023 meetings of the World Economic Forum recently.

Yet, regulation is an important step on the path to legitimacy and mainstream acceptance – and just as importantly, acceptance from large financial institutions. If big banks, family offices, and pension funds have federal-level assurance that bad actors will be rooted out of the system, they’ll feel more empowered to delve deeper into decentralized digital assets. 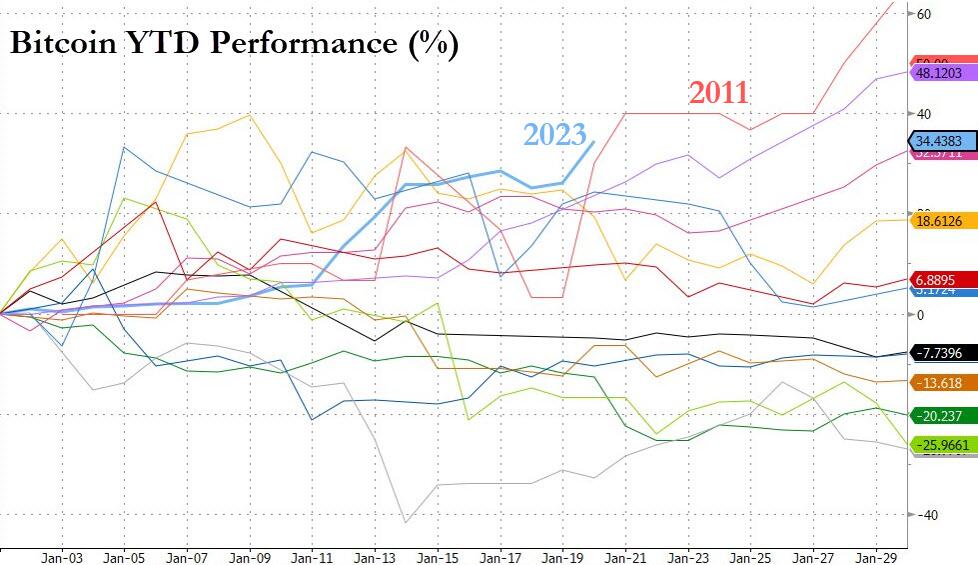 None of the skeptics’ concerns could keep Bitcoin from floating back to the surface early this year. Like a beach ball in a swimming pool, Bitcoin always seems to pop back up – and already, it’s having its best start to a year in the cryptocurrency’s history.

Of course, there’s still a long way to go to get back to the prior peak of around $69,000. Consider, though, that Bitcoin has always recovered from its dips and craters, even when they were 50% or more in depth.

As they say, past performance isn’t a guarantee of future results. No one can say with absolute certainty that Bitcoin will revisit and surpass $69,000. If it does, though, will Jamie Dimon admit he was wrong and acknowledge that Bitcoin wasn’t actually a “fraud”?

Bitcoin poses a threat to the traditional banking system to which Dimon belongs. The FTX fiasco gave him and other skeptics a perfect excuse to denigrate decentralized digital assets. Perhaps it bothers the naysayers that the Bitcoin price always seems to stage a comeback.

Notably, Bitcoin revisited its highest price since mid-September even though Genesis Global Holdco LLC, the holding company of cryptocurrency lender Genesis Global Capital, recently filed for Chapter 11 bankruptcy protection. Again, this is fodder for the skeptics but in the grand scheme of things, will likely only be a blip on the radar. 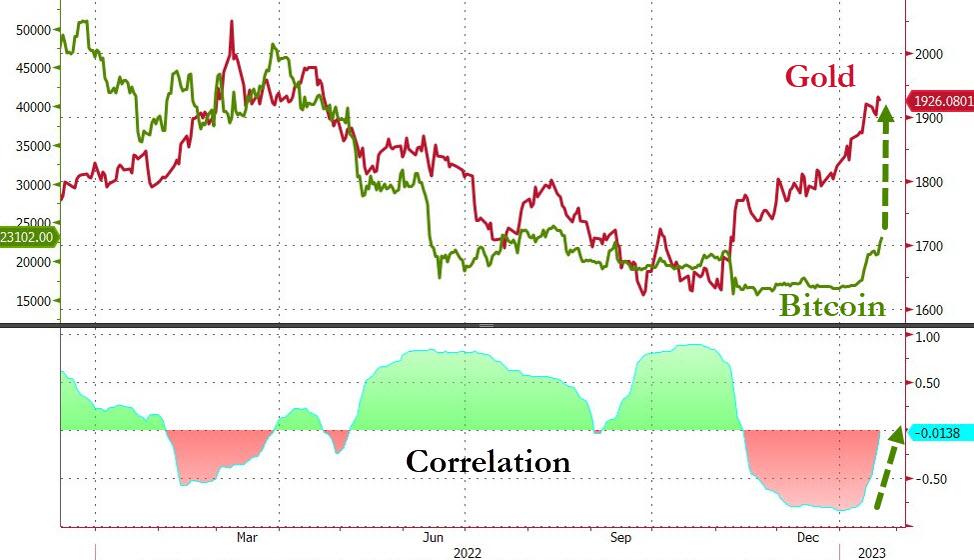 Then, there’s an angle that many cryptocurrency traders are ignoring: Bitcoin appears to be playing catch-up with gold right now. Bitcoin and gold, both of which are dollar-inflation-resistant assets, moved in tandem throughout much of 2022, but then diverged as gold pulled ahead recently.

The chart shown above strongly suggests that it’s not too late to invest in Bitcoin. The U.S. dollar had a strong 2022, for which we can thank/blame the Federal Reserve. The dollar can’t stay strong forever, though, and compared to gold, Bitcoin really hasn’t had its big comeback moment yet.

“My bet BTC closes that gap soon,” researcher and data analyst James V. Straten suggested not long ago. I tend to concur with that sentiment, though I’m bullish on both Bitcoin and precious metals. Certainly, I’m not going to play favorites here.

Ultimately, today’s Bitcoin investors will need to have patience and a strong tolerance for price volatility – more so than they would with gold. Nevertheless, the long-term rewards could easily outweigh the risks as Bitcoin’s game of catch-up appears to still be in its early innings.