“Hyperinflation is going to change everything. It’s happening.” This was Twitter and Square CEO Jack Dorsey’s tweet that sparked a debate, while reminding us that the “transitory inflation” narrative has completely broken down.

That posting garnered 77,000 likes and 18,000 re-tweets before the end of October. In a separate follow-up tweet, Dorsey added that “It will happen in the US soon, and so the world.”

Dorsey’s a smart man, at least when it comes to building tech businesses. But then, you could say the same thing about Bill Gates, who last year decided he’s also an expert on pandemics and vaccine distribution.

So now, Jack Dorsey is a self-appointed expert on monetary policy. The problem of living in the Twitter age – which ironically enough, Dorsey helped to create – is that everybody gets to vent their immediate, unfiltered thoughts to an audience, and everybody’s an expert at everything all of a sudden.

An additional problem is that Twitter promotes disconnected, undeveloped reasoning in bursts of 280 characters or fewer. Dorsey’s two hyperinflation tweets are perfect examples of this problem, as they’re accompanied by no elaboration or explanation.

How does Jack define hyperinflation? What’s his evidence that we’ll actually get there? These questions are left unanswered, and I suspect it’s because Dorsey didn’t think through his messages before publishing them. 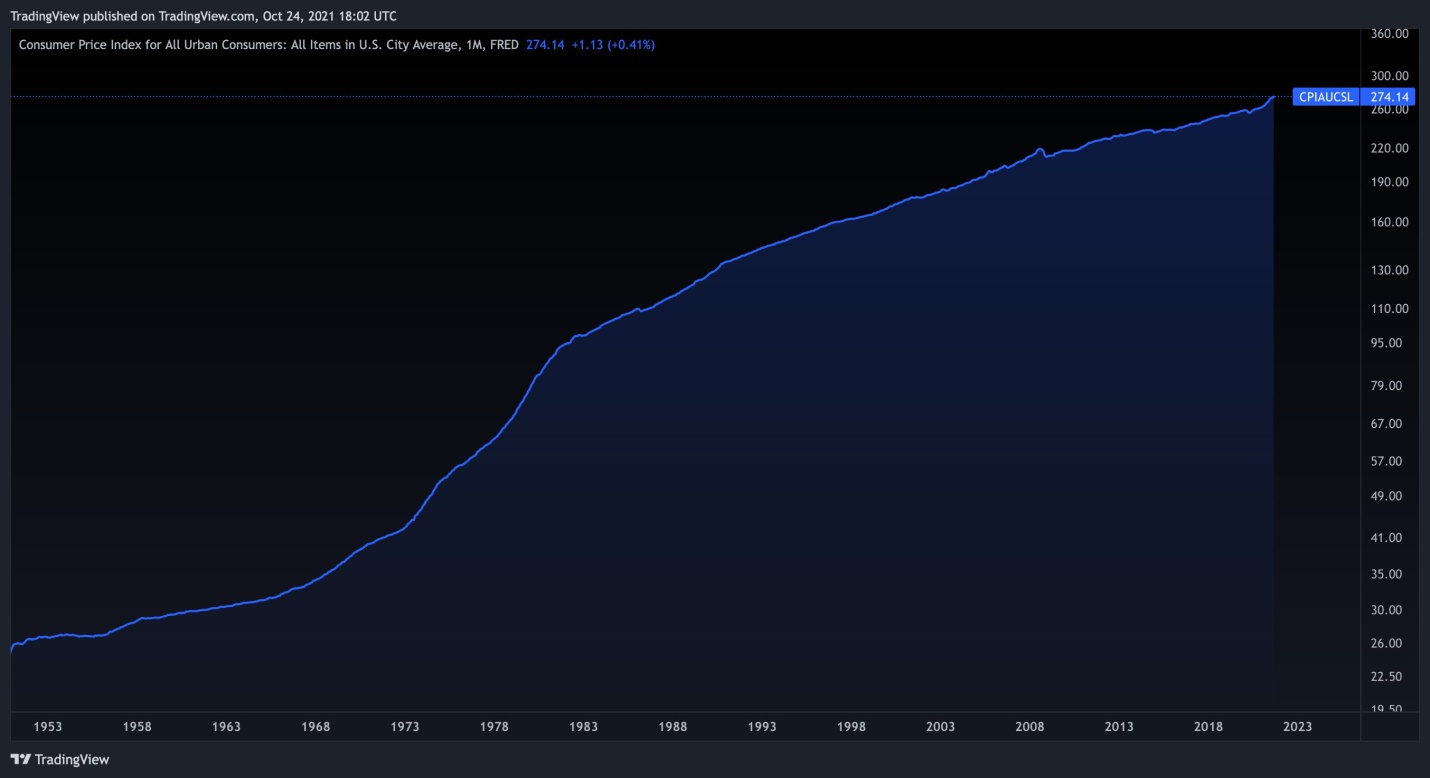 Not that hyperinflation isn’t a possibility – I’m certainly not denying that. 70 years of CPI data, displayed by the TradingView chart above, make the case that U.S. dollar devaluation is indeed getting out of control.

Alternatively, you can just look at your bills to confirm the steep increase of the prices of just about everything: gasoline, utilities, food, household goods, lumber and other home improvement supplies, you name it.

Plus, you can check with the same Federal Reserve Chairman who started the “transitory inflation” narrative in the first place.

Coincidentally or not, on the same day that Dorsey warned of hyperinflation, Jerome Powell admitted that inflation pressures “are likely to last longer than previously expected,” and projected that they could run “well into next year.”

Meanwhile, Bill Ackman is begging the Fed to raise interest rates immediately as inflation is moving from “runaway” into “galloping” territory, as “the annualized pace of growth across several key inflation measures, including wage inflation, has remained elevated in the mid to high-single-digit range, considerably in excess of the Federal Reserve’s long-term target of 2%.”

But of course, the Fed won’t start hiking bond yields – not immediately, and not even next year. They’d much rather let the American middle-class consumer suffer than incur the wrath of their wealthy, stock-holding friends on Wall Street. 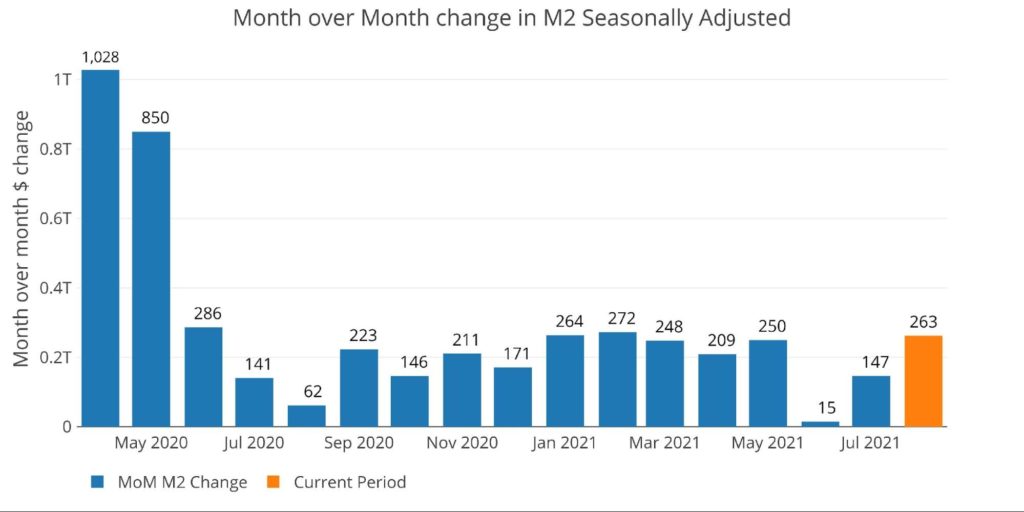 Besides, the Fed’s the one that perpetuated this problem in the first place. By ramping up the M2 money supply – which just exhibited the highest month-over-month growth since February – they’ve effectively turned our dollars into confetti.

At least in March of 2020, the Covid-19 pandemic gave them an excuse to print up dollars at a breakneck speed. What’s their excuse now, though?

One good thing that resulted from Dorsey’s tweets was that it spurred discussion. Here’s where it gets interesting, though: many of the replies to Jack’s hyperinflation tweets promoted Bitcoin, while relatively few of them mentioned gold or silver.

Bitcoin is certainly a viable inflation hedge, but let’s not dismiss precious metals’ history of value protection, which dates back for millennia.

So, is Jack Dorsey right about hyperinflation? The charts posted above speak for themselves, and a picture is definitely worth a thousand words – and certainly beats 280 characters.