Jobs Lost, Hope Abandoned: This Is No Garden-Variety Recession

It’s the oldest trick in the book: the U.S. Bureau of Labor Statistics released wonderful-sounding employment numbers, only to revise them lower later on. It works every time as the stock-market indexes jump for joy even though investors should know by now that it’s all smoke and mirrors.

Consider, for example, the BLS’s report of an increase in total nonfarm payroll employment (i.e., nonfarm jobs) by 4.8 million in June. That sounds terrific, no doubt, but let’s dig deeper into the report to get some more color on what this inexplicable employment surge looks like.

So, 4.8 fewer Americans were temporarily laid off, but that doesn’t necessarily mean that all of those people are now gainfully employed. And indeed, the BLS didn’t deny that the rate of permanent job losses accelerated in June.

Moreover, June didn’t end on a positive note as the nation struggled with a second wave of the coronavirus. Against that backdrop, the number of initial jobless claims increased by 1.427 million during the final week of June, thereby marking the 15th consecutive week in which initial U.S. jobless claims remained above 1 million.

If you’re thinking that this sounds more like the start of a depression than a bona fide recovery, then you’re among the minority of skeptics who are actually willing to look under the hood of the American economy. Even while the Wall Street continues to bid up already overpriced index funds, Main Street continues to struggle as the nation’s productivity growth rate flatlines: 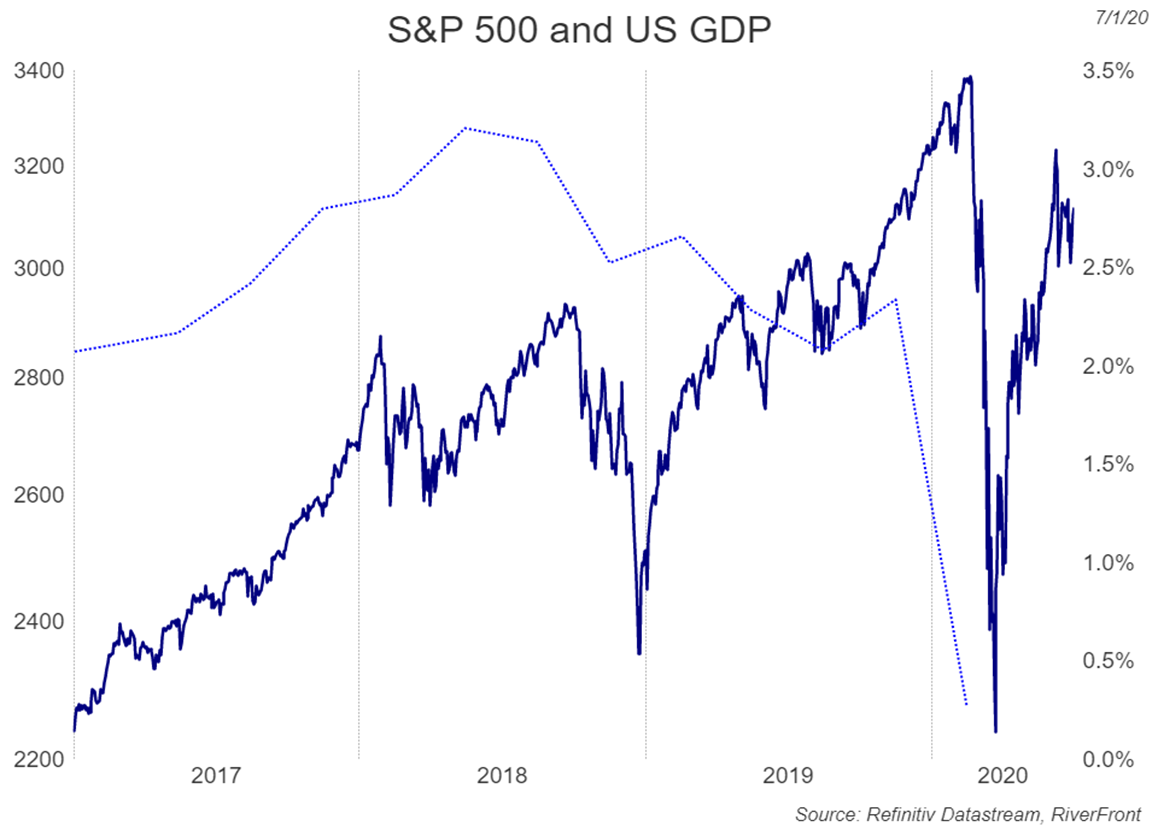 At the same time, the Covid-19 crisis is pushing the world’s major economies further into debt. As reported by the International Monetary Fund, the global fiscal support in response to the crisis will end up costing over $9 trillion, or approximately 12% of world’s GDP. When all is said and done, the ramp-up in public spending on the crisis will push the global government debt up to nearly 105% of GDP.

And, corporate earnings are plummeting at a virtually unprecedented rate. The analyst community predicts that second-quarter earnings for the S&P 500 will decline by 44%, though Goldman Sachs Chief Equity Strategist David Kostin expects that “earnings will fall by 60% in the quarter.”

Moody’s Analytics Chief Economist Mark Zandi also has a dire prediction, though it’s aimed more at the struggling 99% than the golden-parachute 1%: “It’s clear that the pandemic is doing some fundamental damage to the job market… A lot of the jobs lost aren’t coming back any time soon. The idea that the economy is going to snap back to where it was before the pandemic is clearly not going to happen.” 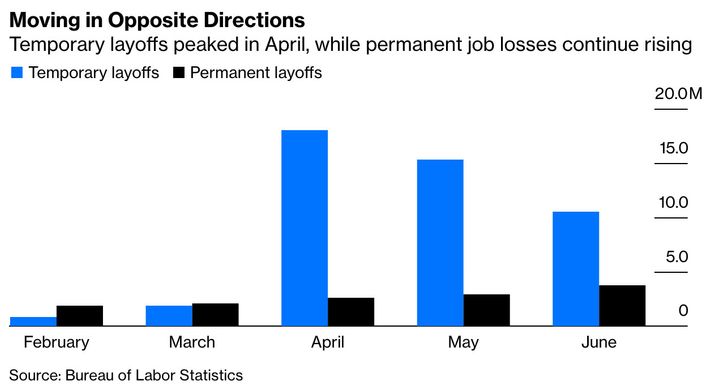 The outlook is grim as mounting evidence confirms the irreversible damage the pandemic’s done to the American economy. Shockingly, research conducted by the Becker Friedman Institute at the University of Chicago suggests that an estimated 42% of recent layoffs in the United States will be permanent.

While Covid-19 accelerated the problem, it’s really part of an ongoing story of middle-class jobs lost to automation and outsourcing. In addition, many companies had already replaced permanent, full-time job positions with part-time jobs in the wake of the financial crisis of 2008 to 2009.

Surviving in the years ahead means acquiring the skills and habits of self-reliance. Understanding the principles of investing is an essential part of this as everyone’s job is in jeopardy now.

The last thing you want to do is depend on others for assistance if you can help it. Even something as simple as food assistance may be in short supply soon. One volunteer in Miami actually witnessed a line of 700 cars, over two miles long, waiting for assistance at a food bank.

Relying on relief workers or on government bailouts won’t be necessary if you’re prepared for the financial worst-case scenario. Keep learning and investing wisely as your efforts can literally be a lifesaver.