Despite government and central bank jawboning of the economy and a stock market that’s testing new highs, skeptical minds are questioning the integrity of this old, exhausted bull market amid slowing global GDP growth and a Federal Reserve that’s patently fear-stricken and running out of ammo.

Speaking of the Fed, if you enjoy a good, hearty laugh – and who doesn’t? – get a load of their “GDP-Based Recession Indicator Index,” which seems to indicate that the likelihood of a recession is at rock bottom:

Reading the fine print, however, reveals that the Fed’s so-called “indicator index” is about as predictive as yesterday’s weather forecast: “This index measures the probability that the U.S. economy was in a recession during the indicated quarter… The value at every date was inferred using only data that were available one quarter after that date and as those data were reported at the time.”

In other words, the Fed’s indicator has no predictive value whatsoever. So instead, we’ll look to people who are actually involved in the day-to-day workings of the U.S. economy: American chief financial officers. And, according to most of them, there are storm clouds looming on the horizon.

John Graham, a finance professor at Duke’s Fuqua School of Business, summed it up succinctly: “A majority of CFOs believe that the U.S. will be in recession within about 16 months… there is consensus that a downturn is approaching.”

Now, I’m not a big fan of the word “consensus”; if anything, that makes the contrarian investor in me want to go in exactly the opposite direction. But when a majority of American CFOs say one thing, and the Federal Reserve says the opposite thing, which one are you going to believe? 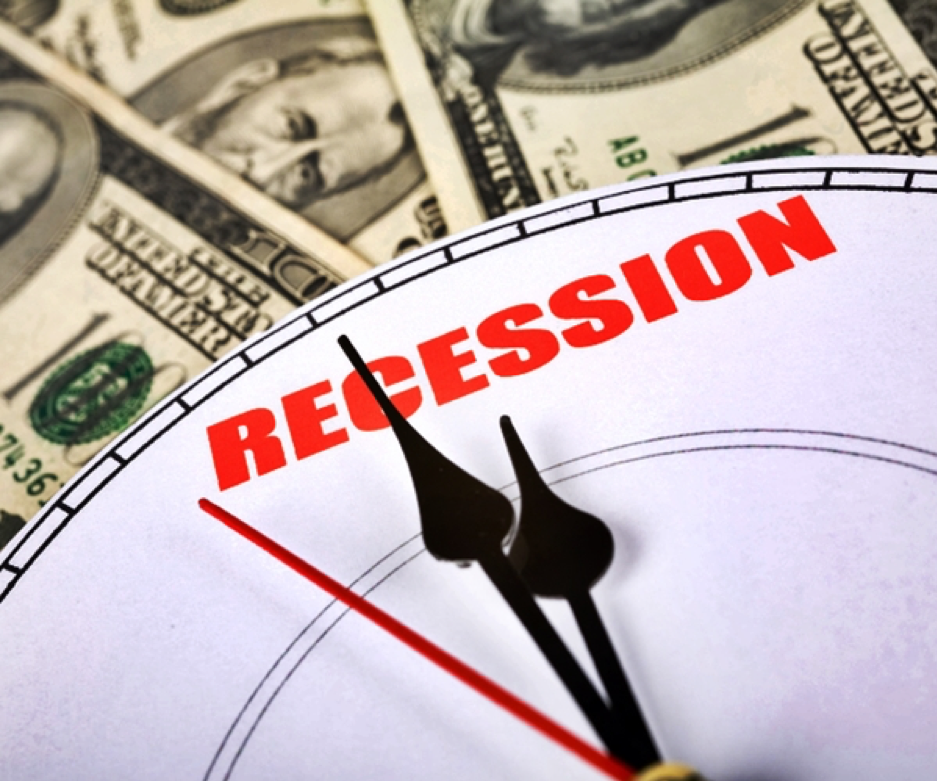 So basically, two-thirds of America’s CFOs (according to this survey of more than 1,500 chief financial officers, at least) predict that the economy will be screwed, blued, and tattooed in short order. If this plays out as predicted, then naturally this will have profound political implications given the timing of the 2020 presidential election.

Conducted by Duke University, the Global Business Outlook CFO survey has been conducted for 92 consecutive quarters and spans the globe, making it the world’s longest-running and most comprehensive research on senior finance executives – in other words, the survey data, while not a guarantee of recession by any means, does hold weight.

When we combine this data with other recession indicators, it’s not difficult to see a shipwreck just ahead. Quoting Graham again: “In addition to the 84 percent of CFOs who believe a recession is near, there are other leading indicators that point to a downturn, including the inversion of the yield curve.”

You’ve seen me discuss the ominous signs flashing in the yield curve as well as the often ignored but highly predictive inventory-to-sales ratio recently, and the CFO survey only lends further credence to the notion that all is not well in the kingdom despite the government, the Fed, and the corporate media practically begging investors to go all in on equities.

As Graham notes, pessimism among American CFOs has been a rising trend and it’s unusual in the history of the survey for such a large share of respondents to predict a recession just 16 months from now: “The recession predictions are closer than usual,” he observed. Indeed, with the share of executives surveyed who’ve grown more optimistic about the U.S. economy falling from 53.3% a year ago to 24.1% today, American CFOs’ message is loud, clear, and alarming.

Regarding the 3.8 percent unemployment figure touted by the government, Graham explains that optimistic employment figures are not inconsistent with fears of a recession in 16 months’ time, as investment and employment growth are lagging indicators of economic growth that typically continue to rise until the economy begins to contract.

All of this raises an important question: is it merely a coincidence that America’s CFOs are predicting a recession in a year and a half, while the recent yield curve inversion also predicts that we’re a year and a half away from a market crash?

I’ll let you mull that one over while I shop for some American Silver Eagles and Canadian Gold Maple Leafs, both of which are priced to perfection and supremely suited to withstand a global economic contraction, regardless of when it happens.