DEAD CAT BOUNCE: Don’t Let the Markets Fake You Out!

It’s a grim market metaphor: even a dead cat will bounce if it falls out of a tree. Applied to the financial markets, this means that a seemingly “alive” rally might just be a temporary one or a head-fake within the context of a larger bear market.

Dead cat bounces can feel great while they’re happening since they bring a sense of relief and optimism. There were a number of mini-rallies of 15% or 20%, for instance, within the harsh drawdown of the 2008-2009 financial crisis.

For a more recent example, we only have to look back to July of this year. This was a vicious rally with plenty of trading volume in the major markets – not only in stocks but also in bonds, Bitcoin… pretty much anything besides the U.S. dollar rallied hard and far.

It just goes to show that trading volume isn’t everything and dead cat bounces can happen in practically any market. If you’re not trained to spot the head-fakes, you might end up getting faked out like so many unfortunate retail investors did after the July bounce.

Lately, the dead cat bounces are getting shorter and shallower, which isn’t a positive sign for the markets in general. Just last week, stocks (represented here by the S&P 500) shot higher for just a couple of days only to cough up the gains just a few days later: 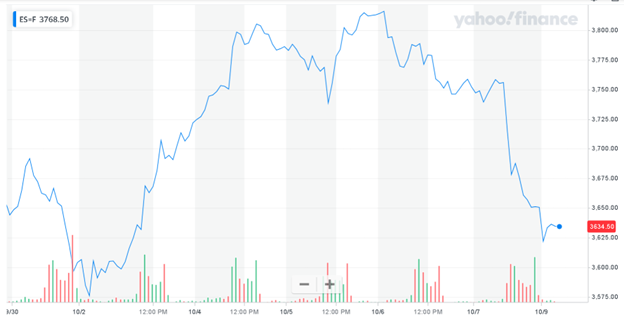 The trend has shifted negative again. The markets just love to victimize less seasoned traders with fakeouts like this.

Year-to-date, multiple segments of the financial markets are down substantially:

As you can see, gold is down, but relative to everything else, it’s doing quite well. In fact, the only thing that has outperformed gold year-to-date is the dollar.

We believe that we’ve reached the near- to mid-term end of easy money, which is what has artificially fueled the stock market since the financial crisis of 2008-2009. People are throwing in the towel on stocks now and mass liquidations are taking place: 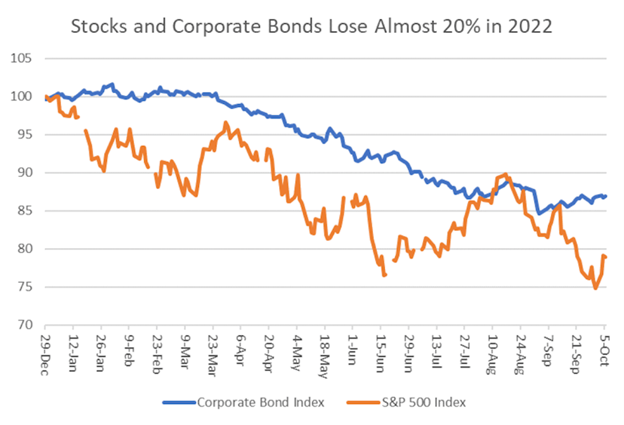 Reportedly, the commercial real estate market has lost around $7 trillion this year so far. This is in addition to losses of nearly 20% in corporate bond and stock portfolios.

Yet, the multi-market rout could go deeper and for longer. In reality, higher interest rates have yet to be properly priced into the markets.

Jerome Powell and his gang have made it crystal clear that the Fed is on track for more rate hikes before the end of what is already a bloody year. They’re thirsty to slow down wages – and recent employment data isn’t what the Fed wanted to see – and they gleefully taper down inflation with brute force at the expense of the economy.

The Fed’s relentless tightening means more pain for all of us on Main Street. This is an era of not-so-easy money, and it’s going to take prudence and a longer-term outlook to hang on.

So, just remember that liquidity, or the lack thereof, is what really drives the markets – all of them from real estate to cryptocurrency and stocks, and everything in between. And don’t forget the lessons learned about dead cat bounces and how a big rally doesn’t necessarily mean you’re out of the woods.