“The Fed put still exists,” analysts at a famous financial institution are now saying. That might sound comforting to the stock market’s perma-bulls, but don’t form any conclusions until you’ve heard the rest of the quote.

“… but the strike price is much lower now, in our view,” was the warning issued by analysts at Morgan Stanley not long after the FOMC issued its most recent interest-rate-hike dot plot.

Moreover, you’d better hunker down for a deeper correction than what was previously anticipated. “If we had to guess, it’s down 20% rather than down 10% unless credit markets or economic data really start to wobble,” the analysts continued.

If you’re expecting the Omicron Covid-19 variant to cause a 20% market correction, it’s a possibility. Just recently, the U.K. reported a record number of daily cases, with nearly 90,000 infections.

Covid-19 could even become an endemic disease by 2024, according to executives at Pfizer. By “endemic,” they mean that the coronavirus will not disappear, but rather will become a constant presence, much like the flu.

Omicron could cause economic data to “wobble,” to borrow the Morgan Stanley analysts’ verbiage. Yet, that’s really just one concern among many as the major market indices ease off of their all-time highs. 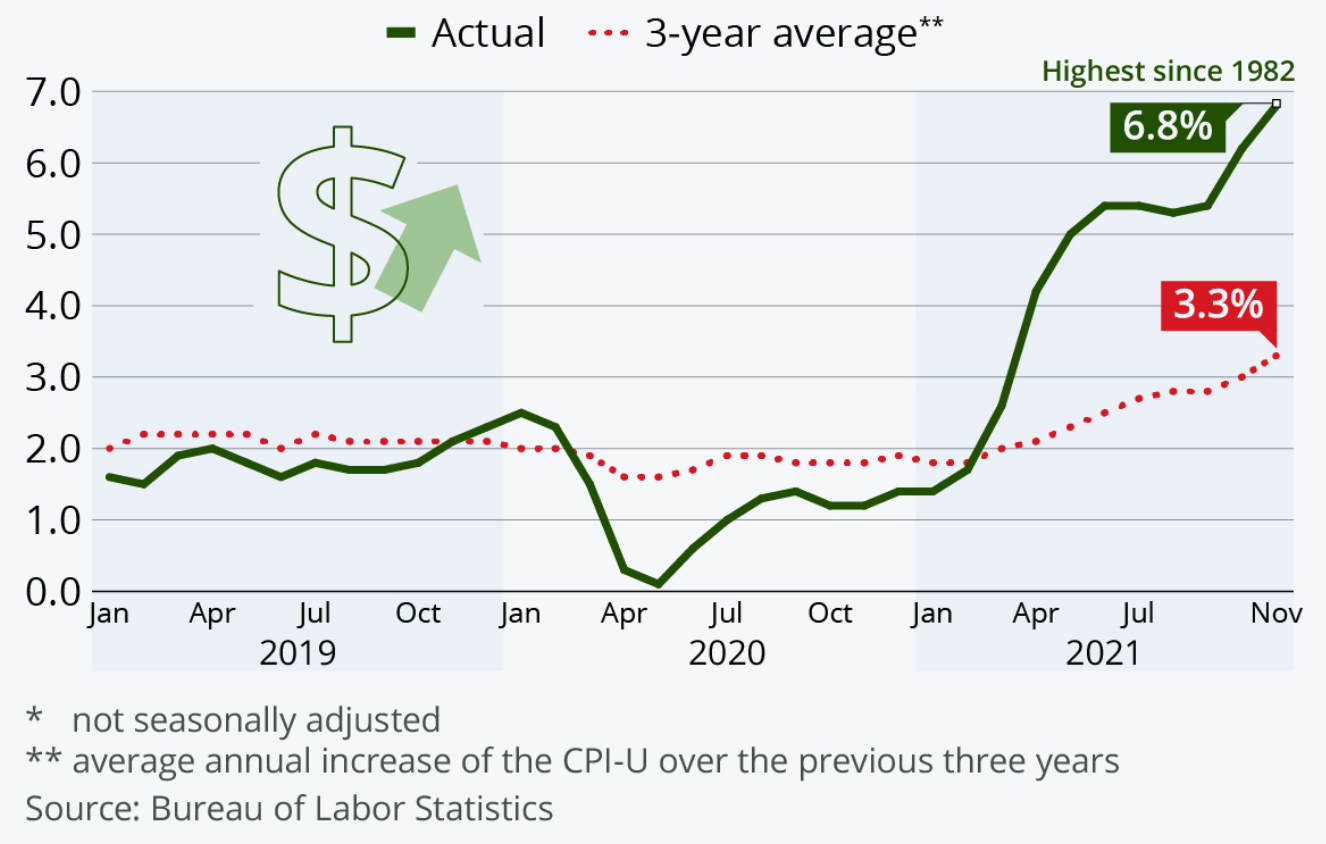 More than anything else, including Omicron, the two most worrisome factors for the stock market now are rising inflation – 6.8% annualized, according to the most recent print – and the Federal Reserve’s implied expectation of future bond-yield raises.

The Fed will be also be “tapering” its massive program of asset purchases. Each month they’ll buy $60 billion worth of bonds starting in January, which is half the level prior to the November taper and $30 billion less than what the Fed had been buying in December.

The stock market doesn’t like the tapering, but it’s more worried about the interest-rate hikes which could come after the end of the Federal Reserve’s asset-purchase program.

Judging from the dots on the plot, Fed officials seem to expect as many as three rate hikes in 2022, with two in the following year and two more in 2024.

And then there’s inflation, which has risen consistently and stayed at 5% or higher for seven consecutive months. It’s a connected, as inflation is what’s likely prompting the Federal Reserve to consider increasing bond yields.

“Supply and demand imbalances related to the pandemic and the reopening of the economy have continued to contribute to elevated levels of inflation,” the FOMC acknowledged in a statement.

Thus, we have the makings of an imminent black swan event. The Morgan Stanley analysts have something to say about the implications of a 20% stock market correction, as it could have particularly devastating ripple effects. 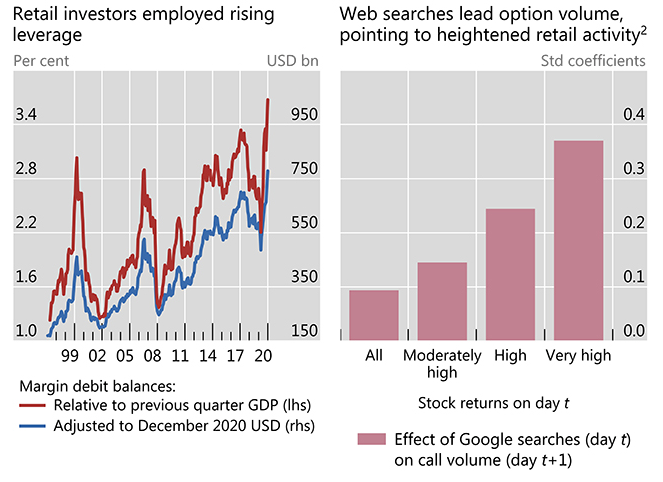 A correction “could have a greater than normal effect on the economy too given how levered the consumer is to the stock market and other asset prices like housing and cryptocurrencies,” the analysts warned.

So, what does this mean for retail investors? As we transition into a new year, it’s all about exercising caution in the near term.

The threat of a Minsky moment, it seems, won’t be delayed much longer. Thus, the Morgan Stanley analysts stated, “the risk of that is greatest over the next 3-4 months as the Fed exits QE on this faster time table.”

In other words, get your house in order sooner rather than later. Notice, by the way, that the analysts didn’t claim that retail investors are “levered” in safe-haven assets like gold and silver.

That’s because precious metals are currently available at very reasonable price points, and are definitely not a crowded trade. Even if the economic data “wobbles,” gold and silver can be counted to remain as firm and reliable as ever.