Must KNOW: Worth Its Weight In Gold!

Everybody wants results: the money, the esteem, the good life. Yet, few individuals are actually willing to do what it takes to get those results. From losing weight to winning the investing game, there really is no easy success, even if it looks easy from the outside.

Think about mastering a sport or learning a musical instrument. It takes at least a few years before you’re competent, then more years of dedicated practice and learning before you’re really an expert.

Along the way, there are plateaus and sticking points. It’s a constant grind that’s sometimes thankless and unrewarding in the short term – you’ll find that it takes a tremendous amount of effort just to move the needle.

At first, you may have a burst of initial inspiration and find it easy to get results. Losing weight is a perfect example of this.

Consider someone who is 220 pounds, and wants to lose 40 pounds. Losing the first 5 or 10 pounds might be easy at first. Then you start to think that this will be no problem at all.

Yet, as you approach your goal, it gets increasingly more difficult. Your metabolism kicks in, and losing the next 10 pounds becomes harder. This is where you need to have a support system in place, while also drawing inspiration from within.

If you’re a golfer, then you’ll know exactly what I’m talking about. For many, it’s a goal to break 100 when they’re first starting to play. Then 90 is the next milestone.

But as the scores get lower, it takes very disciplined and acute knowledge of the game to be able to drop another 10 strokes and break 80. Again, moving the needle becomes a real challenge and this is why most people never transition from good to great.

There are also examples in the world of business of successful individuals who moved the needle with a lot of behind-the-scenes effort. Their life might look easy today, but they got here through persistent effort and perseverance.

A prime example of this is Kevin O’Leary, who’s famous for his role as a celebrity investor on the TV show Shark Tank, as well as his track record as a venture capitalist.

O’Leary had to overcome a lot more than the challenges of the market to get to where he is now. While growing up, he faced the challenge of dyslexia in school. And back then, dyslexia wasn’t well understood and O’Leary’s teachers didn’t help him.

Along the path to success, O’Leary has had more than his fair share of bumps in the road. When he was a teenager, O’Leary was fired from his first paying job at an ice cream parlor because he refused to scrape gum off the ground. 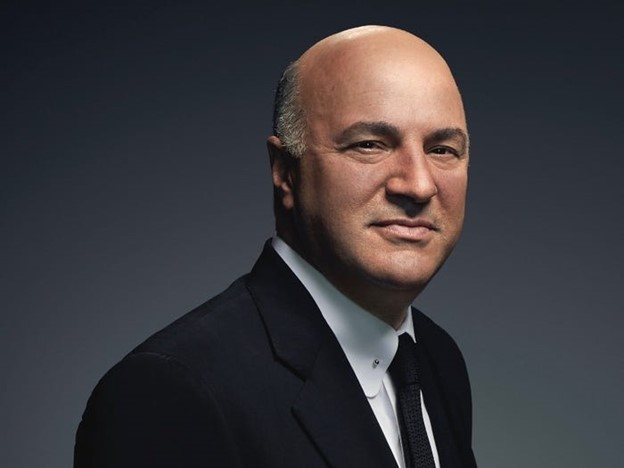 Getting fired from that job taught O’Leary an important life lesson. From that day onward, he vowed to be an entrepreneur, and never to work for anyone else. It was the beginning of his life’s journey, really.

Ultimately, the biggest thing most entrepreneurs, and highly successful people general, know is that they need to invest in themselves. But what that means is having self-awareness and reflecting objectively on where you are at, and how you could be potentially self-destructing or hindering your success.

This requires some deep and perhaps uncomfortable reflection. Consider these questions:

We can all strive to do what Kevin O’Leary did: take life’s problems and turn them into opportunities. Remember, every failure should be viewed as a learning experience.

Chances are excellent that your first few attempts at starting a business will fail before you get a profitable one up and running. Or as an investor, you’ll probably have to lose money at first before you really get the hang of it.

It’s a normal part of the process, but many people don’t maintain that initial inspiration – or they’re not ready for the perspiration, the effort that it takes to get there.

And with that, some folks are destined to live a life of desperation, even though they don’t have to. It’s a deliberate choice to strive for greatness, which everyone has within them, including you.