No DEBATE: CONSEQUENCES AHEAD!

It Feels The Sky’s the Limit!

From crypto, general equities, real estate and even some of the other commodities like lumber and copper, everything is on fire.

I’ll be the first to point out that in some ways metals have lagged the moves we’ve seen in other sectors.

This to me is more of a reason for metals to play catch-up here in the short to mid-term along with everything else that has historically made gold and silver historic wealth preserving vehicles.

No need to beat around the bush here. For as long as I’ve been tracking precious metals prices, I’ve never seen a better entry point for gold and silver. The catalysts are all lined up, and the government is practically demanding that investors get out of cash and bonds, and into hard assets now.

Biden’s massive budget plan that was announced last week, and any notions of fiscal discipline are null and void now.

Starting now, you can count on the Treasury department spending more, government bond interest rates staying below 1.5%, and inflation levels at a minimum of 2.2% to 2.4% for years, if not the rest of the decade.

This is awful for the American consumer, for anyone holding mostly cash in their financial accounts, and for anybody planning to retire on the meager yields provided by the so-called “risk-free” government bonds.

In many ways, it’s a “return-free risk on your money.”

The drivers for gold in the 2021 year are clear, in my opinion.

Starting on June 28, banks will require a provable one-to-one ratio of physical gold. This has to do with Basel III rules that are being enacted this year.

This is expected to lead to a sanctioned gold reevaluation, making unallocated paper gold riskier and more expensive while ultimately driving physical gold demand, and therefore the price, much higher.

Another driver is low Treasury bond yields. The 10-year U.S. Treasury note yield reached 1.5% earlier this year and rattled mainstream headlines, but it has stabilized at that level and the Federal Reserve has made it abundantly clear that raising interest rates WON’T be a priority.

As for the Fed, its record balance of nearly $8 trillion has nearly doubled in size since March 2020, mainly through its massive $120 billion-a-month program to buy seemingly “risk-free” Treasuries and agency mortgage bonds.

These figures are vital information for gold investors because each fresh round of quantitative easing (even if Fed Chairman Jerome Powell refuses to call it that) makes government bonds less attractive as a safe-haven investment and gold, in comparison, looks better than ever.

We can compare the Fed’s desperate asset-buying binge to an airplane heading straight into the sky but running out of fuel. We’ve never landed the airplane to refuel, and Jay Powell continues to look for ways to do this in the air.

The 50 states and Washington, D.C. are set to receive $195 billion, and local officials are salivating at the thought of spending all that money.

From broadband Internet connectivity to water projects and even free college tuition, governors and other politicians have effectively already spent the funds before they’ve received them.

It’s all part of a helicopter money scheme of epic proportions: if you can believe it, the federal government has pumped about $4 trillion into the U.S. economy since the pandemic began in March of 2020.

That figure will soon be raised to $6 trillion since another $2 trillion of Congress’ approved COVID relief packages has yet to be disbursed, according to the Committee for a Responsible Federal Budget.

There’s a whole lot of pent-up energy in all of the stimulus that’s been printed up until now. Expect more spending in 2021 – spending by individuals, businesses, local governments and undoubtedly the federal government as well. 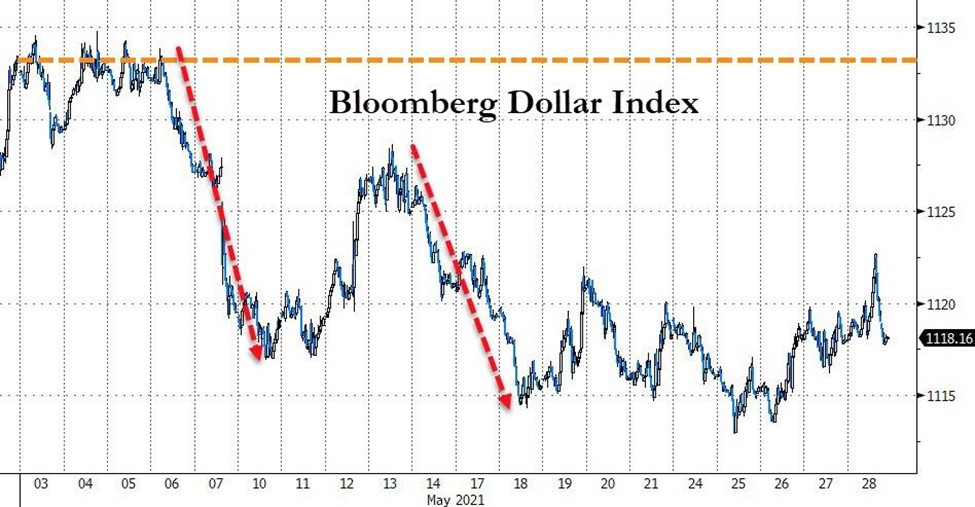 I’ve recently covered Blue Lagoon Resources (CSE: BLLG & US: BLAGF), and I feel privileged to have been introduced to the founder of the company, Rana Vig.

This is a company I believe is really starting to build traction in this environment. Do not take your eyes off of it in my opinion.

Rana Vig was able to purchase their flagship project, the Dome Mountain Gold Mine Project, for CAD$27M in a SHARE-ONLY DEAL, where previous operators had spent CAD$68M!

Notice that the company’s market cap today is close to HALF of what was spent on Dome Mountain to date!

The company is within spitting distance from completing the regulatory hurdles that come before deciding whether or not to put it into production later this year. To our knowledge, there are very few companies anywhere in the world that are within 90-120 days from making a decision to launch a new gold mine!

Blue Lagoon has already spent the CAD$2 million it needed to get the project operational and to the point where they can make a production decision in the next 3-4 months, so we are extremely close to a major milestone.

In fact, Rana Vig, who already owned about 20% of the outstanding shares, along with his associates and family members, recently added more. This is according to a news release dated Feb 22, 2021, with the heading “Blue Lagoon President & CEO Rana Vig adds 1 Million shares to his personal position.“

Lets continue to keep an eye on New Found Gold Corp which is one that we were certainly early on in a very favorable way.

New Found Gold (TSX-V: NFG & US: NFGFF) is a 2020 IPO that has hit the ground running and it has been a spectacular sight to see.

Continue to keep an eye on New Found Gold (TSX-V: NFG & US: NFGFF).

$5,000 gold may seem like a fantasy, but be open to the unprecedented. We already know Bank of America has a conservative target of $3,000 for gold.

I believe gold will continue to outperform the stock market in this environment. Put another way, I believe there to be less risk in holding gold vs. the general stock market going forward here.

Gold has once again recently closed above $1,900 per ounce as the U.S. dollar loses more ground.

I’m not going to beat around the bush; these are the fundamental reasons why I’m bullish on resource companies with exposure to gold.

This work is based on SEC and SEDAR filings, current events, interviews, corporate press releases and what we’ve learned as financial journalists. It may contain errors and you shouldn’t make any investment decision based solely on what you read here. It’s your money and your responsibility. The information herein is not intended to be personal legal or investment advice and may not be appropriate or applicable for all readers. If personal advice is needed, the services of a qualified legal, investment or tax professional should be sought.