No Money, Mo’ Problems: One-fourth of U.S. Households Are Unbanked or Underbanked

In yet another sign that the American middle class is being phased out, the latest biennial FDIC National Survey of Unbanked and Underbanked Households revealed a startling trend: more and more Americans are excluded from the traditional banking system, exposing them to capital-draining “alternative financial services.”

The FDIC’s research found that 6.5 percent of U.S. households (approximately 8.4 million U.S. households, made up of 14.1 million adults and 6.4 million children) were “unbanked,” meaning that no one in the household had a checking or savings account.

On top of that, an additional 18.7 percent of U.S. households (approximately 24.2 million U.S. households, composed of 48.9 million adults and 15.4 million children) were “underbanked” in 2017, meaning that the household had an account at an insured institution but also obtained financial products or services outside of the banking system.

Those figures add up to 25.2% of U.S. households being either unbanked or underbanked: 32.6 million households in America excluded from the convenience and cost-effectiveness of traditional banking privileges.

The net effect is that those who struggle financially will only struggle even more, as traditional banking offers conveniences like automated bill payments, which help people avoid paying bills late (and therefore will help them to avoid paying late fees and interest on outstanding balances).

And since both the unbanked and the underbanked avail themselves of “alternative financial services,” they are prey to ultra-usurious but 100% legal lending practices that put them even further into an already deep financial hole.

These “alternatives” to low-fee or no-fee traditional banking include money orders, check cashing services, international remittances, payday loans, refund anticipation loans, rent-to-own services, pawn shop loans, and auto title loans. The rates and fees associated with these services are typically quite exorbitant, and little or no consumer protection is provided in terms of rates, fees, and debt collection practices.

There’s also a cost in terms of time and effort, since using alternative financial services often requires traveling to visit a retail store to cash a check, buy a money order, or send funds overseas. Moreover, this typically needs to be done during business hours and involves standing in line and filling out paperwork, while the bulk of traditional banking is automated nowadays.

Beyond the inconvenience factor, the capital drain of being unbanked or underbanked can be substantial. Consider, as an example, a two-week payday loan: a typical $15 per $100 fee equates to an annual percentage rate (APR) of nearly 400 percent – compared to credit card APRs, which typically range from 12 to 30 percent.

FDIC survey results found a number of reasons why people remain unbanked or underbanked, but some trends emerged: more than half (52.7%) of survey respondents said that they don’t have enough money to keep in an account, while more than one-fourth of respondents cited a lack of trust in banks (30.2%) and/or privacy issues associated with banks (28.2%). 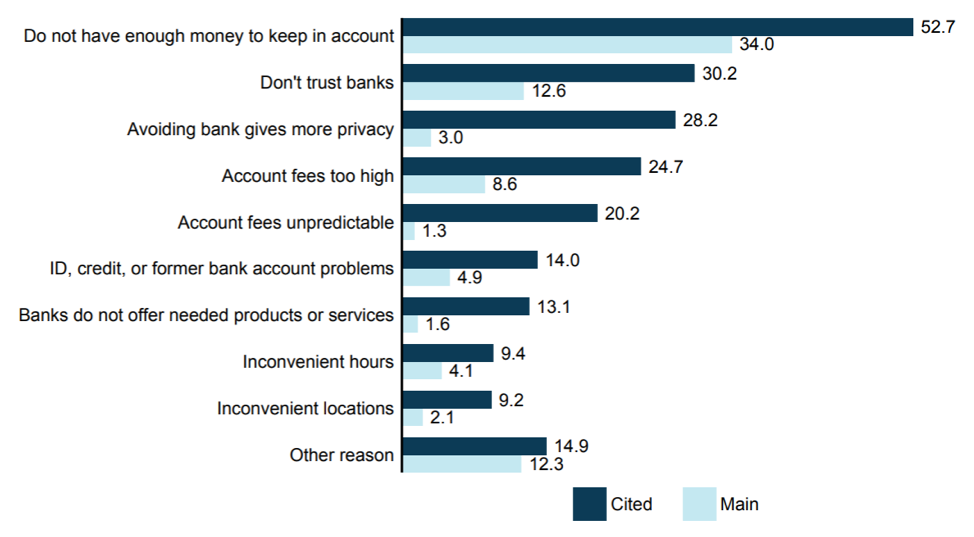 The lack of trust in banks might surprise some people, but consider the past experiences that an unbanked or underbanked individual might have had with banks. They might have been hit with surprise fees and service charges, or they may have been rejected for a loan or even denied an account at a traditional bank due to a lack of identification/documentation and/or a poor credit score.

Plus, they might have heard about the wrongdoing of Wells Fargo (which I reported on here) and other big banks. And truthfully, these large banks aren’t particularly interested in converting the unbanked and underbanked into clients, as they’re seen as high-risk borrowers.

One of the more unsettling details of the latest FDIC survey is that the unbanked/underbanked percentage of households has increased among 45-to-54-year-olds, 55-to-64-year-olds, and those aged 65 years or older since the last survey. In fact, the unbanked/underbanked percentage of seniors aged 65 or older increased from 3.1% to 3.9%, underscoring a disconcerting trend among this vulnerable segment of the population.

Another troubling trend is the increasing lack of access to banks: with more and more bank branches closing in lower-income areas, banking access becomes increasingly limited for the unbanked and underbanked. And indeed, the research bears out this thesis, as data from S&P Global revealed that between 2014 and 2018, 1,915 more branches in lower-income areas closed than were opened.

The long-standing FICO credit scoring system isn’t exactly helping the situation either, as it tends to brand the unbanked as essentially unbankable. It’s a vicious cycle in which an unbanked/underbanked individual’s lack of traditional banking activity undercuts their credit score, in turn making it more difficult to get approved for an account at a traditional banking institution. 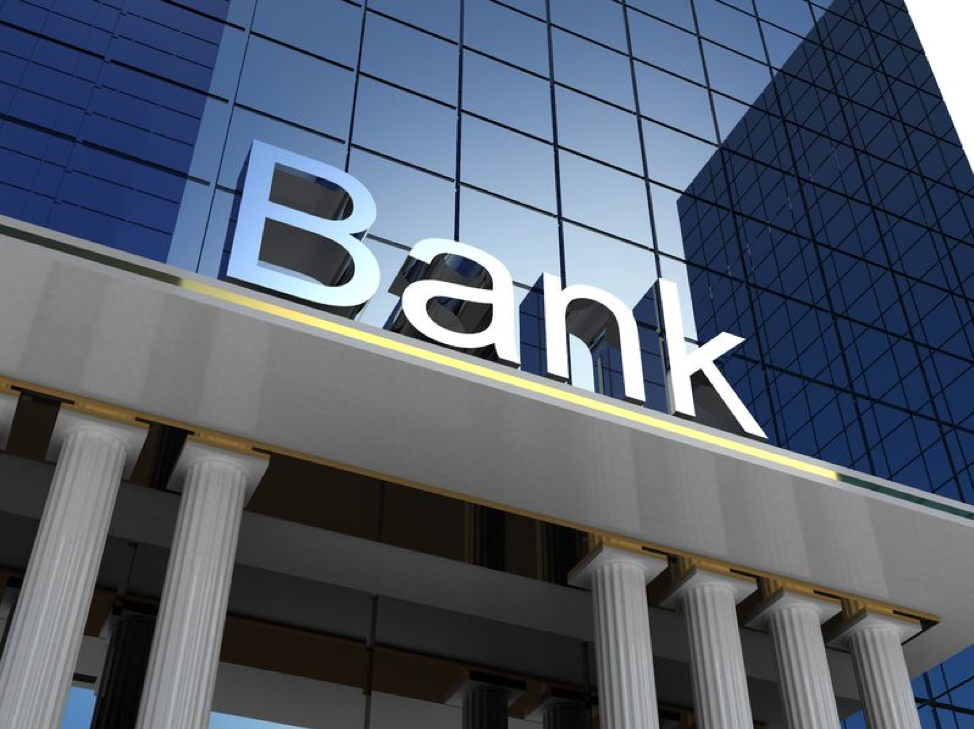 As for the biggest American bank of them all, the Federal Reserve, lip service is being paid but I have yet to see any real action being taken. Fed Chair Jerome Powell has said that “Access to safe and affordable financial services is vital, especially among families with limited wealth, whether they are looking to invest in education, start a business, or simply manage the ups and downs of life,” but I’m still awaiting meaningful reform in this area.

And naturally, the predatory “alternative financial services” have no particular interest in seeing reform come to pass. With the Fed, the big banks, and the alternative lenders all preferring to maintain the status quo (even if they state otherwise), it’s up to the people (as always) to build their own financial ecosystem and create an alternative to the “alternative.”

To begin with, we need to ditch the traditional FICO credit scoring system and replace it with something much more fair and transparent. Next, we need to embrace financial ecosystems that bypass the Federal Reserve System altogether; the blockchain in particular has made this vision a possibility within years rather than decades.

Most of all, we need to provide accessible non-traditional financial education, which is exactly what all of the writers and analysts at Crush the Street strive to do. Banked or unbanked, everyone benefits (except for the government and central bankers) when knowledge is disseminated and the people are empowered to take control of their financial future.