Peter Schiff Warns: Every American Is Going to Pay the Inflation Tax

With the Consumer Price Index (CPI) data for April coming in much hotter than expected with a 4.2% year-over-year increase, the warnings of commodities gurus like Peter Schiff are coming true – and now, Schiff is envisioning the problem getting much worse.

The latest print marks the highest inflation rate since 2008; it even prompted Federal Reserve Vice Chairman Richard Clarida to admit, “We were surprised by higher than expected inflation data.”

Really, they shouldn’t have been surprised as they’re the ones who contributed to this problem in the first place. And after all, hyper-inflation is a natural consequence of more printed money chasing fewer goods.

You might have heard the current presidential administration promising not to tax the poor and the middle class. Yet, according to Peter Schiff, inflation is going to hit the middle class harder than the pandemic.

We might call it an “inflation tax”: when the government prints up and spends trillions of dollars, the value of the currency is going to plummet. This is good for commodities owners, but struggling Americans tend to hold their savings in cash.

In a blistering interview with Tucker Carlson, Schiff showed how the numbers add up to serious problems for the American consumer. 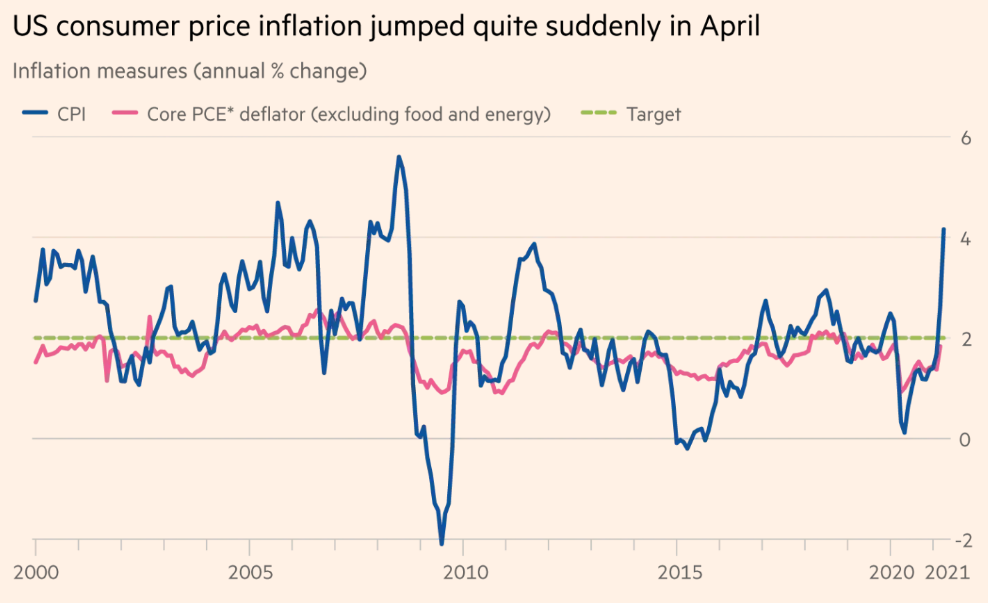 “If you look at how much the cost of living went up, measured by the CPI in the first four months of this year, it’s 2%. So, if you triple that to annualize it, we have consumer prices rising at 6% annually,” Schiff calculates.

And, it only gets worse from there: “But if you look at the monthly numbers, every month it accelerates. So, if you extrapolate the trend of the first four months of this year for the entire year, you’re going to get a 20% increase in consumer prices in 2021.”

A 20% jump in consumer prices would be devastating for practically all Americans, but for the time being, the Fed and Treasury are content to say that inflation is “contained” and “not a problem.”

It’s really a double-whammy as two forces are making life difficult for consumers. Along with the dollar being devalued by rampant currency printing, you’ve also got shortages and bottlenecks in some goods, such as microchips and lumber.

However, as Schiff explains, the ultimate issue isn’t the shortage of goods or commodities: “The real problem is the surplus of money. Whenever you print a lot of money, it’s always a goods shortage because the Federal Reserve can print all the money they want, but they don’t print products to buy with the money.” 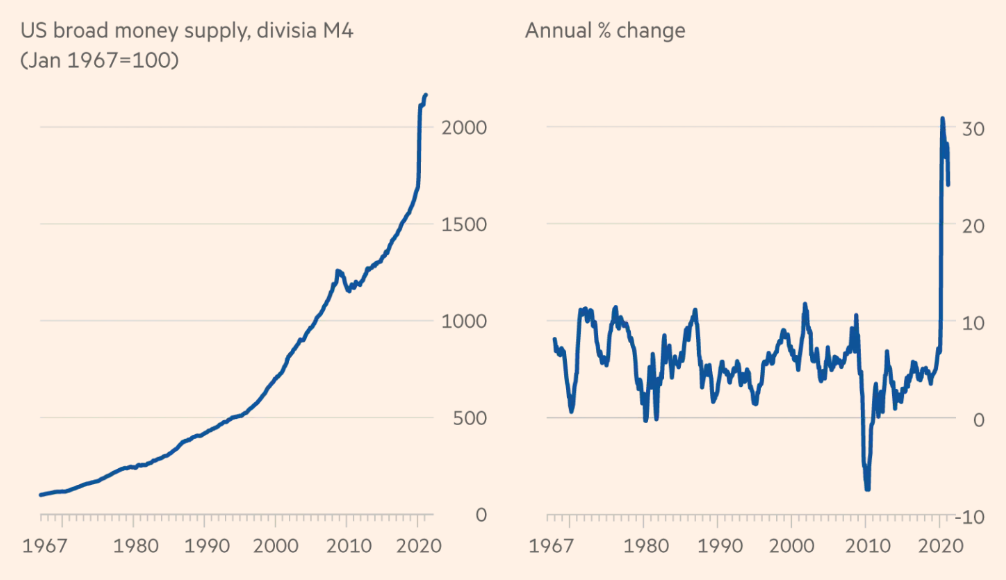 Schiff’s point is well taken. The doctrine of “modern monetary theory” is pervasive in current government policy, leading to an outrageous increase in the money supply. Again, more money in circulation without an increase in the number of goods is a recipe for hyper-inflation.

Clearly, the Federal Reserve hasn’t learned the lessons of the past. In the late 2000’s, they told people not to worry about the subprime mortgage market. Fed Chairman Ben Bernanke even said, “Don’t worry about subprime. It’s contained.”

We all know how that turned out. And today, they’re telling people not to worry about inflation – they’re calling it “transitory.” But really, inflation is as “transitory” now as the subprime market was “contained” in 2008.

So, what’s the endgame of all this? Schiff predicts that the inflation crisis is going to be worse than the financial crisis and also worse than the pandemic.

And don’t count on our elected officials to save us, as “the government’s cure is what’s going to kill the economy, not the disease itself.”

Peter Schiff’s been right before, so if he’s right again about this, don’t be shocked – just be prepared.