Powell or Brainard to Lead the Fed: Either Way, You Lose

This week, Joe Biden will meet with the Federal Reserve Chairman Jerome Powell and Fed Governor Lael Brainard. One’s a Republican, the other one’s a Democrat, and one or the other will be the Fed chair for the next four years.

In some ways, this position is more impactful than the presidency. After all, the Federal Reserve sets policy for the nation’s banking system, controls the Fed funds rate which influences government bond yields, and manages its massive bond-buying program.

In addition, an argument could be made that the Federal Reserve is Wall Street’s defense against a stock market crash. Some folks might say that the Fed is responsible for controlling inflation, but the past half-year has demonstrated the central bank’s inability to predict inflation, much less manage it.

Powell will probably be appointed for another term, but either way, the Fed will have a “steady hand” for the next four years.

And by “steady hand,” I mean a chief who won’t change course, rock the boat, or in any way veer from the central bank’s ultra-accommodative monetary policy.

Some Democrats argue that Powell hasn’t pushed the Fed hard enough on issues like the economic effects of climate change or income inequality. 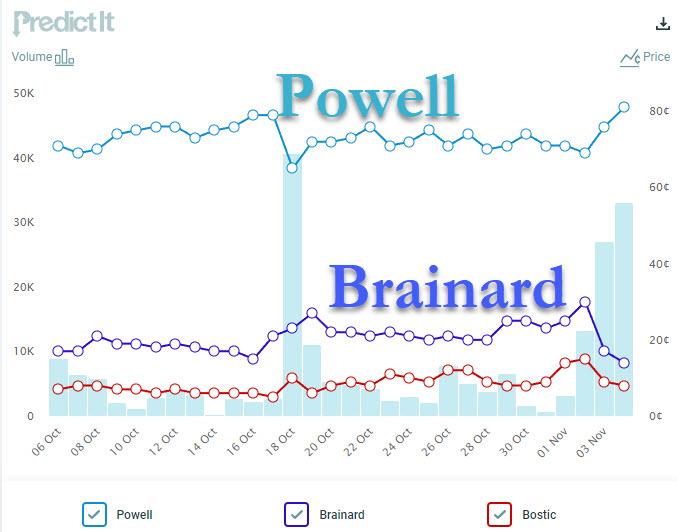 But of course, it’s a pipe dream to think that the Federal Reserve would ever put those interests ahead of Wall Street’s demand for liquidity, and the wealthy 1%’s perceived need to control the other 99%.

In the evenly split Senate, Powell will be more heavily favored than the more “progressive” Brainard. Still, Brainard will likely get some sort of promotion, possibly to the Fed’s open position of vice chair for supervision.

Would Brainard be any less dangerous to the 99%? Would she be able, or even willing, to slow down the currency printing which precipitated 2021’s uncontrollable inflation?

This isn’t about politics, really. What president in this day and age, irrespective of political affiliation, would have the courage to install a Federal Reserve chair with a track record of fiscal discipline? 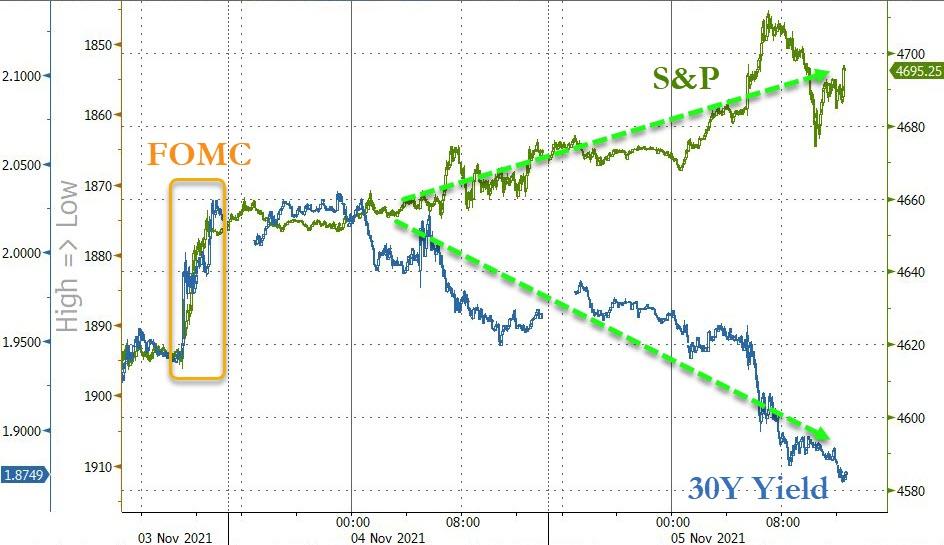 No matter who’s chosen for the Fed chair post, it’s going to be more of the same. Inflation will continue to be a problem, and your dollar-denominated savings will deteriorate in value.

And, that’s what’s really “dangerous.” Government bond yields will be suppressed for many more years, and the so-called “risk-free rate” will be less than zero after the inflation rate is factored in.

What’s bad for cash and bonds, though, is great for gold and silver. Even if there is a changing of the guard, you’ll still want to protect your wealth for the long term with precious metals.

It’s no accident that the S&P 500 recently posted seven consecutive increases, and that gold blasted past $1,800.

As the 10-year Treasury yield dove to 1.45%, investors were reminded that Fed policy won’t change, because it can’t change.

Thus, the market suddenly remembered the enduring value of precious metals – something that successful investors never forgot, and never will.