“It can’t happen here.” That’s the attitude of First-World citizens during the good times, which is most of the time. People become complacent in their comfortable lifestyles, assuming that abundance is a birthright and that there will always be food on the shelf and gas at the pump.

Then, the harsh reality sets in and people learn the hard way that abundance is never guaranteed and famine can strike any nation and any household. If you’re old enough to remember the long gas lines in the 1970’s – sometimes, you’d wait in line for hours and there’d still be no gasoline left – then you know what scarcity feels like.

Plus, many of us got a taste of food scarcity during the past couple of years when many grocery stores ran out of essential food items during the COVID-19 crisis. Well, imagine taking those food and fuel shortage scenarios and multiplying them by 10. That’s what the U.S., supposedly the world’s wealthiest nation, is facing in 2022 and 2023.

Even prior to Russia’s invasion of Ukraine, COVID-19 had wreaked havoc on an unexpectedly fragile global food supply chain. The invasion only exacerbated the catastrophe as Russia and Ukraine together supply 12% of traded food-product calories, and now Ukraine can’t export these essential goods while Russia is weaponizing and thereby limiting its exports.

Extreme weather conditions are also happening at the worst possible time. Wheat prices were already up 53% since the start of the year, but then jumped a further 6% on May 16 after India said it was suspending exports due to a scorching heat wave. 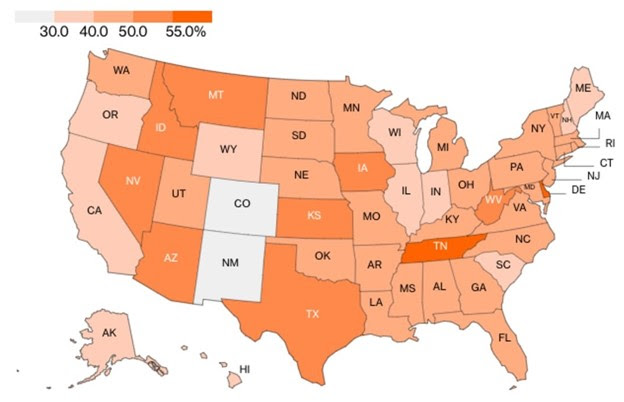 And just as soon as the “it can’t happen here” illusion comes into play, America is hit with a frightening shortage of baby formula. Nationwide, the average out-of-stock rate for infant formula was 43% during the week ended May 8, up from 31% in early April and 11% at the end of November.

At the same time, the era of abundant fuel is quickly coming to an end as Ukraine’s in no shape to supply any considerable amount of fuel sources, while Russia is cutting off oil and natural gas supplies as a war tactic.

In the U.S., weather predictions include a scorching-hot summer and a bitter-cold winter like the nation experienced last year, and probably much worse than that. Natural gas, which supplies much of the electricity that people use in America, has tripled in price during the past year and the supply is only getting tighter.

Turning to petroleum, surely you’ve already experienced pain at the pump as a gallon of gasoline costs at least $4 everywhere in the U.S., and $6 in California now. A shortage of qualified workers in the fuel production industry is compounding the problem, along with the Russia-Ukraine invasion’s impact on global fuel supplies. 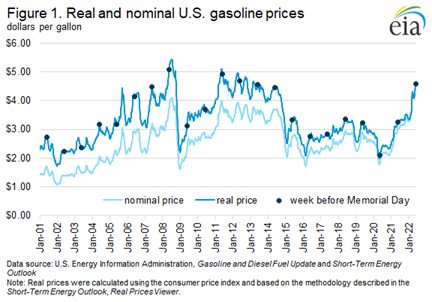 Really, though, we can’t just blame Russia and the worker shortage for today’s fuel shortages. From the outset, the current presidential administration dis-incentivized both Big Oil and smaller shale players from drilling.

As a result, America’s oil and natural gas companies were effectively forced to curtail production – and now the White House is begging them to start drilling again, after making it economically unfeasible to do so.

After a period of forced inactivity, fuel producers can’t just flip a switch and start drilling immediately. The process takes months or even years – and again, the current administration is begging but not incentivizing. Meanwhile, the demand for fuel is expected to ramp up throughout the remainder of the year.

Additionally, there’s a link between fuel and food shortages. Nitrogen is a fuel source that’s needed for fertilizer, which is needed to grow crops. As you might expect, there’s a severe under-supply of nitrogen now, and therefore an acute shortage of fertilizer. Besides, if there’s no fuel available, trucks can’t ship food products to America’s stores.

So, expect the current fuel and food shortages to get worse throughout the year and into next year. If you haven’t stocked up on essential food and fuel supplies already – then now is the time to develop your own independence, or else suffer the consequences of the unprepared.