Because Social Security isn’t enough for most people to live on, and since most people don’t have enough money saved up to cover even six months’ worth of expenses, pension plans are the only real safety net for millions of retirees and near-retirees in America.

That’s a real shame, as the pension fund safety net is in tatters and very soon, won’t exist at all. Let’s look at some facts: World Economic Forum data reveals that pension funds around the world are short around $70 trillion; federal, state, and local pensions in the United States are short by $7 trillion; and a Boston College report estimates that 25% of private U.S. pensions will be completely broke in the next decade.

American pension funds will need to earn around 8% annually in order to meet their obligations. Generally they will try to achieve this through a mix of bonds and stocks, but with interest rates at low levels, 8% annual returns are highly unlikely; indeed, over the past year these funds have only been earning around 5.5% ­– not too surprising in a decade-old bull market in which blue-chips and bonds are likely to yield suboptimal returns for the foreseeable future.

If you’d like a peek into what’s very likely in store for the U.S., check out what just happened in Japan, which hosts the world’s biggest pension fund: Japan’s Government Pension Investment Fund lost an eye-popping $136 billion dollars in only 3 months. Evidently, this astonishing capital loss was due to a huge drop in the value of the fund’s investments. 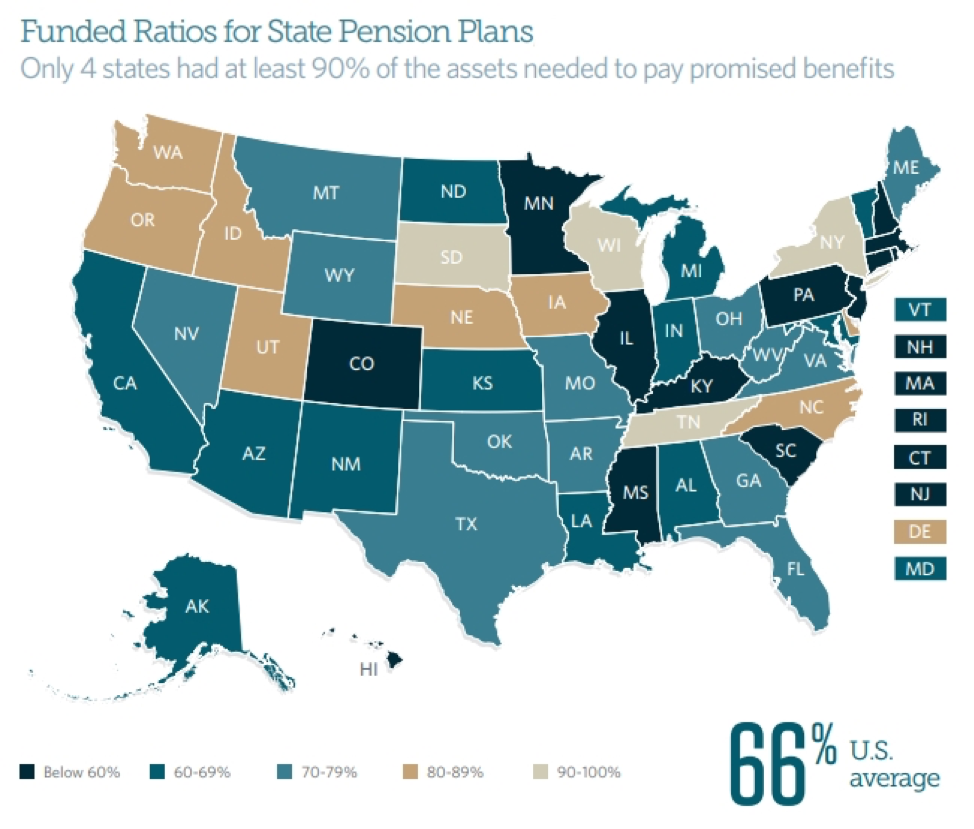 It’s astonishing to consider the funding rates among our nation’s state pension plans: 20% for Connecticut, 21% for Kentucky, and 23% for Illinois. In terms of dollar amount, taxpayers in Alaska, Ohio, Connecticut, New Mexico, and Illinois face the highest unfunded pension liabilities, ranging from approximately $28,100 to $45,700 per person.

The severity of the pension funding shortage varies by state, but we do know that the funding gap for the state pension plans has reached $1.4 trillion, chiefly due to investments falling short of expectations. We also know that it would require a contribution of $18,676 for every man, woman, and child – or nearly $50,000 for every household in America ­– to cover the shortfall of state and local governments’ unfunded liabilities.

And overall, according to the American Legislative Exchange Council, U.S. state pension plans only have around one-third of the funds available (33.7%, to be more precise) that they need to pay their promised benefits. Furthermore, that figure is only an average; some states have much less than that, and are at risk of running out of funds entirely.

Year after year, workers pay into these funds and politicians promise to fix this broken system, knowing full well that they’re promising far more in pension benefits than what’s been set aside to pay them. And don’t expect these funds’ returns on their investments to improve anytime soon: Bridgewater Associates founder Ray Dalio expects 10-year returns for a U.S. stocks-and-bonds portfolio to be around 3% annually – in other words, “low returns for a long time.” 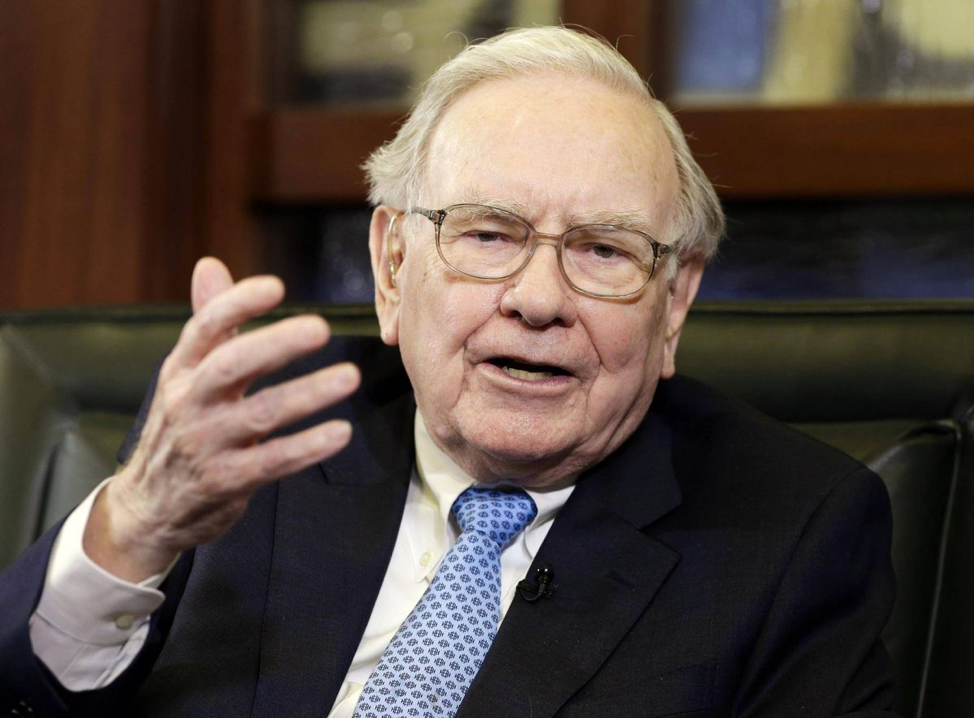 Buffett also had tough words for the policymakers who are supposed to be in charge of these funds, saying that “the politicians are the ones that really haven’t attacked it in a good many states. And when you see what they would have to do… they’re gonna have to raise a lot of money.”

This isn’t Buffett’s first time making a public comment on America’s pension fund crisis. In 2014, in his widely read annual letter to Berkshire Hathaway shareholders, Buffett gave a stern warning concerning the future of state pension funding, though it seems that few actually listened or took any meaningful action.

In that letter, Buffett observed that “local and state financial problems are accelerating, in large part because public entities promised pensions they couldn’t afford. Citizens and public officials typically under-appreciated the gigantic financial tapeworm that was born when promises were made that conflicted with a willingness to fund them.”

Prescient as usual, Buffett also wrote that “during the next decade, you will read a lot of news – bad news – about public pension plans” and recommended “prompt remedial action where problems exist.” Unfortunately, Buffett’s prediction about “bad news” is coming true – while his call for “prompt remedial action” has not, it seems, been heeded.