After a brief détente, it appears that President Trump and Fed Chairman Jerome Powell, the two individuals with the most influence on the American economy, have resumed verbal barbs – or more accurately, the President has resumed his criticisms of Powell’s handling of monetary policy.

The President continued with a pair of rhetorical questions: “Can you imagine if we left interest rates where they were? If we didn’t do quantitative tightening?” Futures traders are betting that this is precisely how 2019 will pan out, as the minutes of the January 29-30 Federal Open Market Committee meetings (released on February 20) confirmed the Fed’s stance that there are a “variety of considerations that supported a patient approach.”

Speaking of futures traders, those who trade the Dow leaned bearish on Trump’s comments (at least for a few hours): 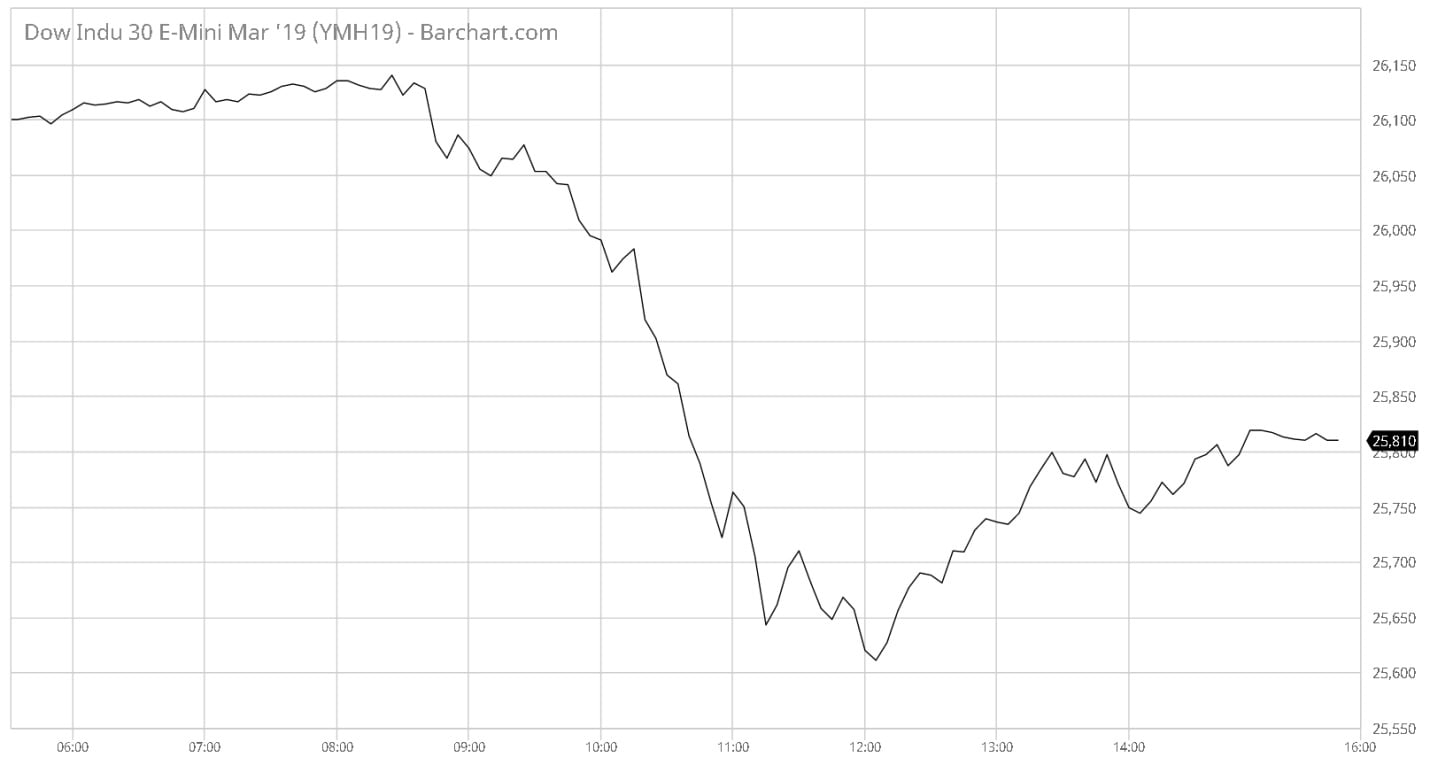 This is certainly not the President’s first time lashing out against the Federal Reserve, as Trump escalated his assaults on the Fed throughout 2018, both verbally and in his preferred communication medium of tweeting: 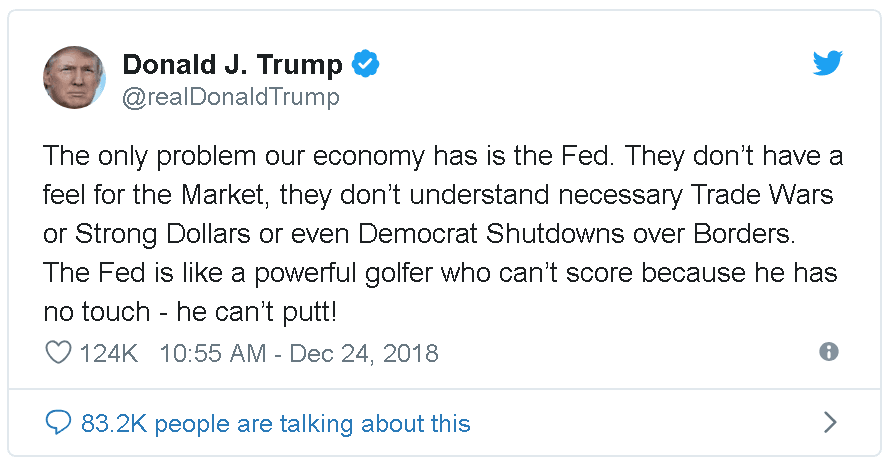 The Christmas Eve tweet came towards the end of a year in which Powell and crew had raised U.S. Treasury interest rates four times. The blue-chip stock market indexes, as you may recall, handed investors their first bear market since the financial crisis a decade ago.

Two days prior to the “only problem” tweet, President Trump opined that “it is incredible” that “the Fed is even considering yet another interest rate hike.” It had also been reported that Trump was considering firing Powell, to which the Fed Chairman replied that he wouldn’t leave voluntarily if asked to resign.

Whether the President has the legal authority to fire the Chair of the Federal Reserve isn’t clearly defined: the Federal Reserve Act of 1913 only states that this can be done “for cause,” hence leaving much room for interpretation. But regardless of whether Trump can fire Powell, his verbal onslaught may have the cumulative effect of undermining the Fed’s authority and influence.

That, of course, is assuming that the public and the markets side with Trump over Powell in this fracas. And not everyone is in synch with the President: in a rare bout of harsh criticism from a former Fed Chair, Janet Yellen has said that Trump has “a lack of understanding” of Fed policies and the economy.

For newer market participants, all of this might seem entirely unprecedented, and there are aspects of the current scenario that haven’t been played out before. Still, there are precedents for President-Fed Chair tension, as between Ronald Reagan and Paul Volcker, and prior to that, between Lyndon B. Johnson and William McChesney Martin (which reportedly culminated in a legendary but unilateral shouting match). 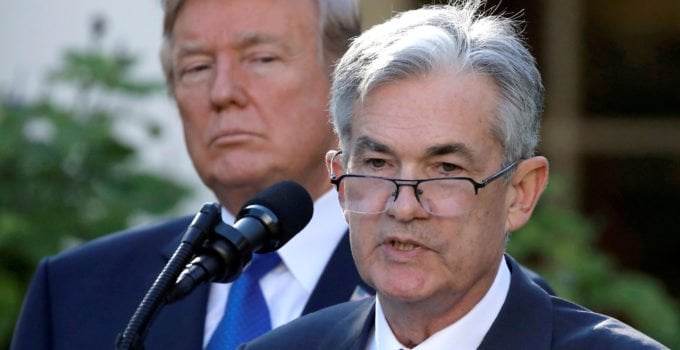 Perhaps the current battle is different in that it’s not a few isolated incidents, but an ongoing struggle. And while it appeared in the last FOMC meeting that Powell finally capitulated and shifted dovish, Trump’s latest round of criticism has given the market pause: does the President know something we don’t? Does Powell actually intend to start tightening again?

The Federal Reserve’s not as brutally honest as Trump in their tweets, so it’s hard to know exactly what’s running through Powell’s head at the moment. As for me, I’m going to resist the temptation to alter my investing strategy based on every jab and hook in this ongoing high-stakes dispute.