The Deepening Crisis: Gold and Cash are King

Shoring up cash in a pandemic-triggered economic meltdown is a high priority on the minds of many individuals. Holding cash might not sound exciting or important until you need it or can deploy it strategically. Only then can you truly appreciate its value.

Plus, it’s peace of mind.

Almost a year ago I profiled Barrick Gold at $13/share in June of 2019. I described it as one of the safest, most spring-loaded gold companies you can own in a renewed gold bull market. Today, Barrick trades for $28/share, a 115% increase from our profile.

This was a strategic moment to deploy cash: 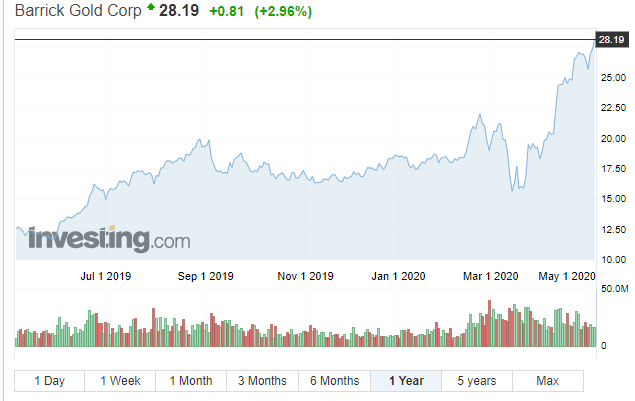 Franco Nevada was another mining company I profiled in June of 2019. This is another one that is up 100% over the last year. We’re in a renewed bull market in precious metals and the confirmation to the upside cannot be understated.

Having ammo to deploy is critical.

In this environment of EXTREME volatility and endless money-printing, we’re in a position of needing dollars for deployment and protecting ourselves from dollar deterioration.

For investing purposes, we call it “dry powder” in your account.

To really capitalize on this, though, you need to have this dry powder ready. Again, we can look back at history and let Warren Buffett be our inspiration here. During the financial crisis of 2008, Buffett came to the aid of Goldman Sachs by providing the company with $5 billion in cash in exchange for shares of Goldman Sachs’ preferred stock.

Buffett knew full well that Goldman was “too big to fail,” at least according to the U.S. Government. He understood that Uncle Sam would print as much money as needed and deliver it to the big banks in order to prevent them from collapsing.

In the three years in which Buffett’s company, Berkshire Hathaway, held the Goldman Sachs stock shares, they earned $3.7 billion, including $1.27 billion in dividend payments. Remember, that’s on a $5 billion investment. It’s an incredible return on investment both dollar-wise and percentage-wise.

And Buffett couldn’t have acted so quickly if he didn’t have the cash handy to make his move. It just goes to show that having cash savings in a crisis is a beautiful thing. It allows you to capture assets at great prices, even if you don’t happen to have billions, like Warren Buffett. 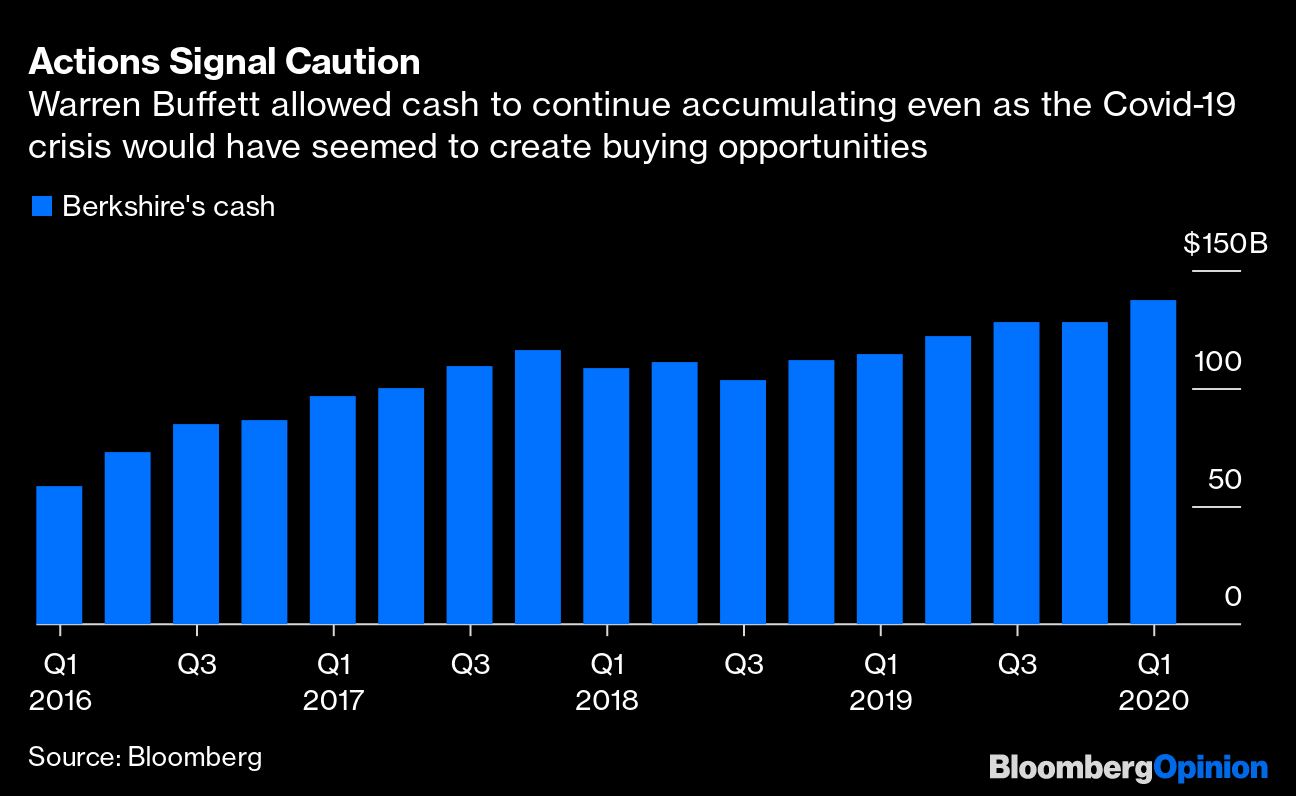 The economy is headed for unprecedented stress. As Rick Rule likes to say, there is no prologue in history for what we are seeing playing out before us.

The spending packages you’ve seen so far are a drop in the bucket compared to what’s coming. In an attempt to spur the U.S. economy, I believe the mother of all infrastructure spending plans will be revealed in short order to combat unemployment.

They’ll crank up the printing presses, push through mega-scale spending bills, and do whatever it takes as they try to put the economy back to work.

This, in turn, will devalue the currency – the inevitable collateral damage of the “spending as a solution” policy that the government’s been using for decades. This means that while cash will be important, gold should be viewed as an equivalent to cash savings because of its liquidity and hedge against currency debasement.

In other words, gold can be your “dry powder,” too. It’s recognized as being valuable on every continent and will continue to be tradable and precious even after the dollar is printed into oblivion. And with the crisis that’s coming, this could happen sooner than you think.

I will not relish in the pain that is on the horizon, but we will be prepared for once-in-a-century opportunities that will present themselves over the next 18 months.

Keep in mind that the depression will take many months to flush out and is the reason why no decisions need to be made in haste.

Maintain a sound mind in this environment.

Never base any decision off of our emails. CrushTheStreet.com stock profiles are intended to be stock ideas, NOT recommendations. The ideas we present are high risk and you can lose your entire investment, we are not stock pickers, market timers, investment advisers, and you should not base any investment decision off our website, emails, videos, or anything we publish.   Please do your own research before investing. It is crucial that you at least look at current SEC filings and read the latest press releases. Information contained in this profile was extracted from current documents filed with the SEC, the company web site and other publicly available sources deemed reliable. Never base any investment decision from information contained in our website or emails or any or our publications. Our report is not intended to be, nor should it be construed as an offer to buy or sell, or a solicitation of an offer to buy or sell securities, or as a recommendation to purchase anything. This publication may provide the addresses or contain hyperlinks to websites; we disclaim any responsibility for the content of any such other websites. Please use our site as a place to get ideas. Enjoy our videos and news analysis, but never make an investment decision off of anything we say. Please review our entire disclaimer at CrushTheStreet.com/disclaimer.