THE MOST SINISTER ORGANIZATION ON EARTH: G Edward Griffin On How The Federal Reserve Profits

Gold’s path to $1,400 and beyond has been exciting, but it’s been hard-fought and there were large, sudden moves in both directions. Sometimes it seems like there’s more than simple supply and demand at work here – what exactly is going on?

Crush the Street was fortunate enough to get some answers from a truly rare individual among investors and forecasters: G. Edward Griffin, the founder of FreedomForceInternational.org and RealityZone.com. Listed in Who’s Who in America, Mr. Griffin is known worldwide for researching difficult topics and presenting them in clear terms that everyone can understand.

An established author, G. Edward Griffin’s better-known works include The Creature from Jekyll Island, World without Cancer, The Capitalist Conspiracy, More Deadly than War, The Grand Design, and The Great Prison Break.

According to G. Edward Griffin, gold’s recent uptrend tells us that people all over the world are recognizing that the value of paper currency is in decline – they don’t want to put their hard-earned savings into deteriorating dollars, yen, or deutsche marks. 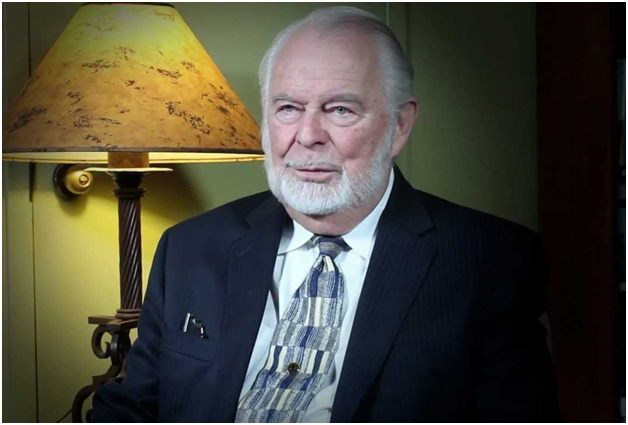 It means that investors want to store their wealth in something that’s not going to change its value and isn’t politically manipulated – and of course that describes gold perfectly. Unfortunately, according to G. Edward Griffin, the central bank cartel and some bullion banks are able to move the gold price in the short term through large-scale selling events.

This explains why we see sudden declines in the price of gold sometimes: the cartels are dumping gold in tandem, and the retail investors simply don’t have enough capital to bid the price back up. And so, gold price declines don’t mean that people don’t want gold anymore, but only that it’s being artificially manipulated.

Oftentimes, these same cartels will buy back their own gold supply when the price is low – it’s a rinse-and-repeat scheme they’ve been getting away with time and again. Meanwhile, the average retail investor doesn’t know what hit him; the damage is done, and the fat cats get to eat off of our plates once again.

G. Edward Griffin is characteristically direct and powerful in his interview with Crush the Street, so be sure to watch the video from beginning to end for his latest thoughts on precious metals, central bank policy, and the precarious global economy.