For everything good in life, there’s always someone out there with a cliché to counter it. “Those who can’t do, teach” is one example – an easy denigration of what might be the world’s most important profession. Another one is “You can’t eat gold,” a lazy way of saying that gold wouldn’t do much good in a crisis.

The ironic thing is, the vast majority of folks who say things like “You can’t eat gold” are fully dependent on government debt notes – particularly cash and bonds. If things got really bad in the world, they certainly wouldn’t be able to eat their cash or their bonds, and they’d have a tough time finding any person or institution that would honor those debt notes.

All debt notes carry what’s known as counterparty risk: the possibility or likelihood that the debtor will default on his obligation. The reason that private lenders and banks make money is because they’re willing to take on that counterparty risk, and when the borrower is credible, it’s often a gamble worth taking.

Would any seriously consider the U.S. government and Federal Reserve credible borrowers anymore? At least pre-1971, before the United States closed the gold window, dollars were redeemable for physical gold. Once the dollar was decoupled from precious metals and placed on the fiat system, the only thing providing value to the currency was trust. 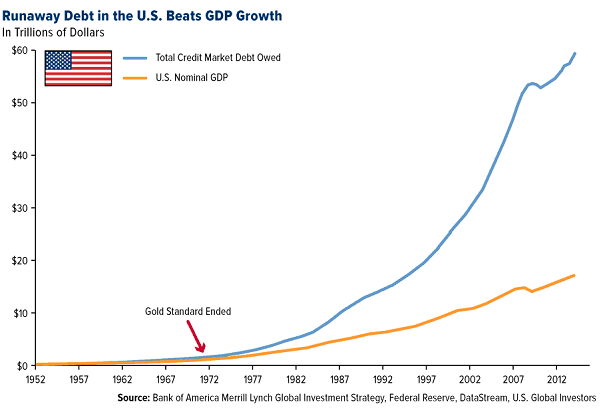 With $22 trillion in debt, the trust and the credibility evaporated long, long ago. If you’ve got cash, and especially if you have cash in a bank, you’re placing a whole lot of trust in an entity that borrows recklessly, spends like there’s no tomorrow, and refuses to accept any accountability or responsibility for its actions.

Ron Paul said it better than I ever could: “Allowing a secretive central bank to control monetary policy has resulted in an ever-expanding government, growing income inequality, a series of ever-worsening economic crises, and a steady erosion of the dollar’s purchasing power.”

Steady erosion, indeed: the U.S. dollar has lost 98.2% of its purchasing power since 1900, and has seen a one-and-a-half-percent annual reduction, on average, in its purchasing power since 1971. At least under the Bretton Woods system, there were still limits on how much paper money a country could create; those days are long gone, and so is most of the value of your fiat money.

While paper money has lost most of its purchasing power over time, gold has retained its value quite handily: gold was trading at $20.67 per ounce in 1900, and of course it’s much higher now. If the world’s governments and central banks had remained on the gold standard, it’s likely that we wouldn’t now have over $200 trillion in global debt – around $28,000 for every man, woman and child on the face of the earth

I mentioned counterparty risk as it relates to U.S. dollars, but there’s another risk that would rear its ugly head in a time of crisis: banks running out of cash. This isn’t a dystopian fever dream, but something that’s actually happened and ruined untold lives in America and elsewhere. 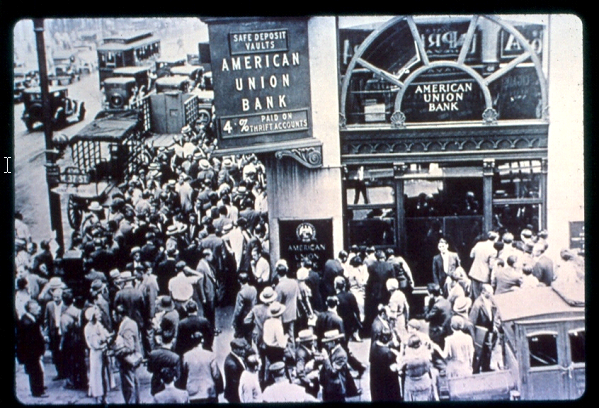 Following the stock market crash of 1929, the nation was gripped in fear and helplessness: industrial production in the U.S. declined 47 percent, the GDP had fallen 30 percent, and unemployment reached 20 percent. 1,300 banks failed by the end of 1930, and in December of 1931, the unthinkable happened: New York’s massive Bank of the United States collapsed.

Understandably, Americans were concerned about the security of their capital – and so the bank runs commenced, with both individuals and businesses scrambling to withdraw their funds from the banks. It didn’t take long before the banks had no cash left, so they simply shut their doors to the waiting, panicked crowds.

To this day, banks typically hold only a fraction of deposits in cash at any one time, so don’t assume that everything is better now and that you’ll be taken care of by your bank or by the government in a time of real crisis. The wealthy elite will undoubtedly have their needs met, but the middle class will, as always, be given short shrift in a time of need.

And by the way, don’t count on the FDIC to save us when a global financial reset occurs. They failed the test miserably during the Great Recession, as evidenced by a Federal Deposit Insurance Corp. memo to its board of directors stating that “staff estimates that both the Fund balance and the reserve ratio as of September 30, 2009, will be negative” (in other words, the FDIC was broke). 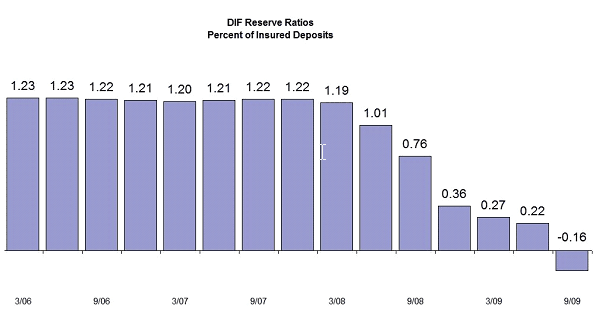 Most people aren’t aware of this, which is precisely what allows the whole house of cards to continue standing, at least for the time being. Even in his day, Henry Ford was able to observe this: “It is well enough that people of the nation do not understand our banking and monetary system, for if they did, I believe there would a revolution before tomorrow morning.”

Gold is the ultimate anti-debt crisis hedge, with six millennia of history and recognition as a store of value across all seven continents. Think about it: would you rather be a “millionaire” in Venezuelan bolivars or in Zimbabwe dollars, or have tangible, real assets that have withstood the test of time through multiple economic meltdowns?

As precious metals expert Gary Christenson once pointed out, you’ll never hear anyone say that the streets of Heaven are paved with Federal Reserve Notes, or that the Bentley is the “yen standard” of luxury automobiles. And let’s not ignore silver, which has more industrial uses than gold and is also universally recognized and accepted as valuable.

Don’t get me wrong: I’m not against stocking up on food, water, batteries, and other provisions as preparatory items for a crisis. All I’m saying is that a complete preparation plan can include precious metals – maybe you can’t “eat gold,” but it won’t hurt to have some if our fiat money isn’t worth the paper it’s printed on.