When market breadth contracts and a handful of “high flyers” almost single-handedly hold up the markets, analysts typically consider this to be a bad sign, much like a house of cards just waiting for a gust of wind to topple the whole thing down.

The rally we’ve witnessed in the stock market in 2019 so far has been breathtaking – and come to think of it, we could say the same thing for the decade-long market rally we’ve seen since the nadir of the Great Recession. And while skeptics have complained for a while now that the breadth has been lacking, it appears that the problem of the few holding up the many is reaching a breaking point.

The issue comes into stark relief when we use the S&P 500 as a proxy for the broader U.S. stock market. What index investors often forget (or never learned in the first place) is that the S&P 500, like many other market indexes, is weighted by market cap: bigger companies have a greater influence than smaller ones.

If you’ve been watching the markets for a long time, you might recall a time when companies like Procter & Gamble, Coca-Cola, and Mastercard had the greatest influence on the S&P 500. Those days seem like a distant memory now, as the face of the market has changed drastically: 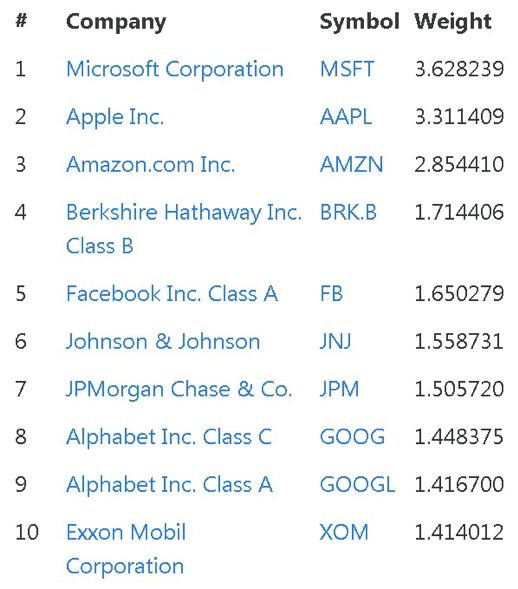 Today, a majority of the top 10 in the S&P 500 are FAANG stocks from the tech/Internet sector, and the top three – also FAANG stocks – comprise nearly 10% of the weighting of the entire 500-stock index. In all, 26% of the index is made up of companies from the technology sector.

No other sector even comes close to that, yet we all know that there would be no economy without the energy, financial, industrials, materials, consumer, utilities, and health-care sectors. Still, commentators will conclude that the entire stock market is up when the S&P 500 is up, even though that might not be the case at all.

After the dot-com bubble and crash of the early 2000’s, you’d think people would be wary of a market that’s held up by high flyers in the tech/Internet sector. But if the stock market has taught us a lesson, it’s that most stock market investors don’t remember lessons. That’s not necessarily a bad thing: if all market lessons were learned perfectly, there would be no market cycles and no opportunities for value investors. 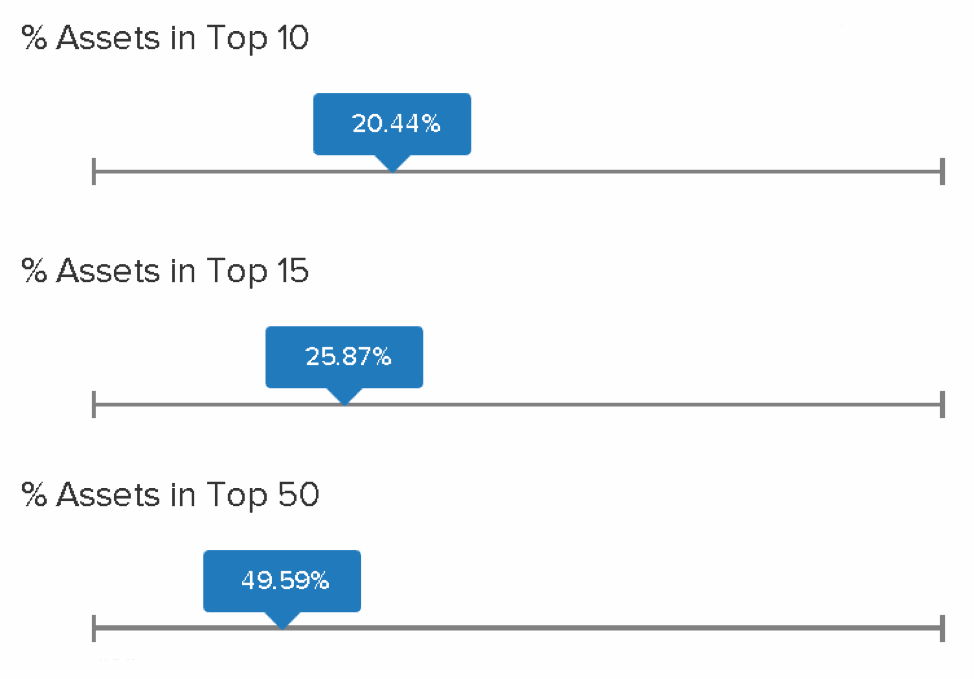 And so we have a severe case of “asset concentration” in the S&P 500: more than one-fifth in the top 10, more than one-fourth in the top 15, and nearly one-half in the top 50 out of 500 stocks. Assuming that they “own the market,” most index fund investors simply have no clue that the S&P is so top-heavy. All they know, and care about, is that the index has been going up.

But a top-heavy balancing act is hard to maintain, and with so much money chasing a relatively small number of securities, the risk of an ugly unwinding process is growing but has largely gone unnoticed by the mainstream press and most retail investors.

This is not to say that broad-market asset prices aren’t capable of going higher: anything is possible in this crazy market environment. But I will say that index-fund investing might involve less diversification and more concentration than you think – and in an aging bull market, that could be a formula for disaster.