These Countries Have the Worst Debt Burden

With a debt that recently topped the $22 trillion mark, the United States has the biggest debt of any nation in the world in sheer dollar count – that remains undisputed. If it’s any consolation, however, we can use a different debt metric to determine which country is the worst offender – and the top-ten list might surprise you.

Thus, some analysts and researchers might choose to include both the accumulated debt and the nation’s productivity (as measured by the annualized gross domestic product, or GDP) in the overall calculation of relative sovereign indebtedness. And so, we can choose to use the debt-to-GDP ratio to weigh a nation’s debt burden against its ability to pay off its debts.

Using that slightly more complex metric, the U.S. actually manages to lose its status as the number-one debtor nation. But don’t get the wrong idea – it’s still a major debtor even by this modified measurement, with a debt-to-GDP ratio of around 103.4% according to the CIA World Fact Book: 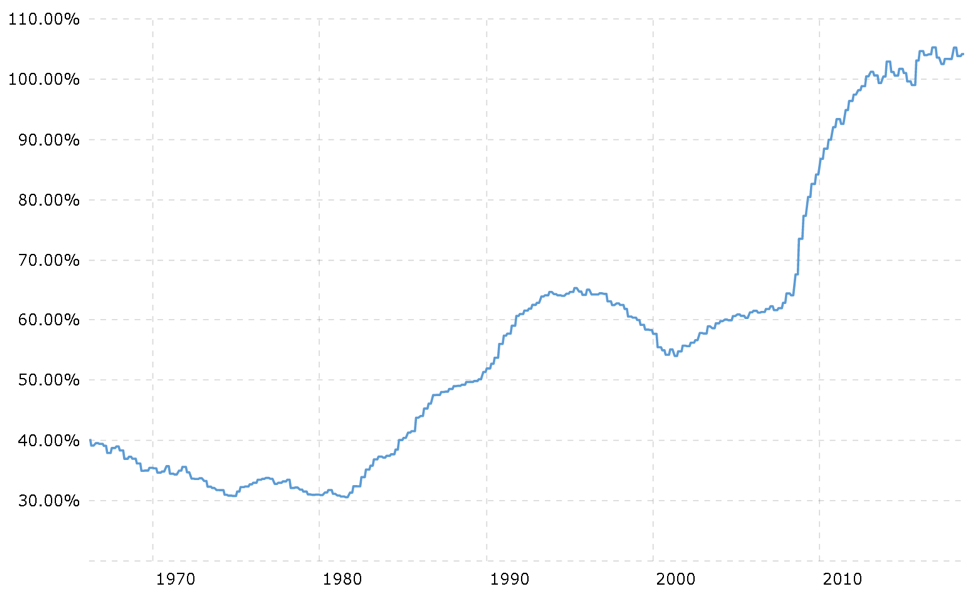 A debt-to-GDP ratio of over 100% means that the nation owes more than it’s producing, which is a shameful state of affairs by any measure. America isn’t the sole perpetrator, though, as low interest rates have prompted a number of countries’ governments to borrow more money than they can afford to repay.

This next one has been featured in the news a lot lately for their economic struggles: Italy is fifth on the list with a debt-to-GDP ratio of 131.2%; they also have a youth unemployment rate of 31.7%, one of the highest in Europe. Italy’s debt-to-GDP ratio has been unacceptably high for years:

At position number two on the list is Greece (debt-to-GDP ratio of 180%), which continues to struggle financially despite multiple bailouts. With Greece’s youth unemployment above 42% and austerity measures resulting in mass protests, the future remains uncertain for Greece for this debtor nation.

And now it’s time to announce the number-one country on the list, which will surprise many of you because it was once an economic powerhouse: Japan, believe it or not, has a staggering debt-to-GDP ratio of 223.8%. To put this in perspective, if Japan wanted to pay off its national debt, each citizen would need to cough up $90,345.

Sorry, America, you didn’t make the top-ten list – or should I say congratulations? Either way, it’s a sad state of affairs and a major cause for concern: the sovereign debt problem isn’t just an American problem – it’s everybody’s problem.