This Time, the Recession Will Be Caused by an Energy Crisis

Without energy, there is no civilization and our way of life ends abruptly. The current government might not acknowledge this as it doesn’t conform to a particular agenda, but the data doesn’t lie and painful realities will always take precedence over ideology.

Incredibly, the government refuses to acknowledge the reality of a recession. Even while acknowledging that “way too high” inflation is straining the system, Treasury Secretary Janet Yellen clung to her claim that “This is not an economy that is in recession” and “You don’t see any of the signs.” Meanwhile, Joe Biden chimed in with, “We’re not going to be in a recession in my view.”

Apparently, the International Monetary Fund (IMF) sees things differently. Indeed, the IMF just cut its global growth forecast for the third consecutive quarter, while raising its projection for inflation and warning that the risks to the economic outlook are “overwhelmingly tilted to the downside” and that the world “may soon be teetering on the edge” of recession.

Pierre-Olivier Gourinchas, the IMF’s top economist, pulled no punches in his forecast. “The outlook has darkened significantly since April. The world may soon be teetering on the edge of a global recession, only two years after the last one,” Gourinchas cautioned.

In case Yellen and Biden need more signs of an imminent (or already present) recession, they should observe that multiple yield curves are inverting, not just the classic 10-year and 2-year Treasuries. Then, there’s the evidence on Main Street of recessionary conditions, though Yellen is undoubtedly shielded from the day-to-day struggles of America’s middle class.

Sadly, the dream of homeownership is fading fast as affordability in the housing sector remains stubbornly elusive. The data tells a dire tale, as new U.S. home sales plunged 8.1% month-over-month in June.

Heck, even corporate America is showing what might be called “recession fatigue.” According to Bank of America, the second-quarter 2022 earnings season so far is the weakest, by some measures, since the onset of the Covid-19 pandemic. 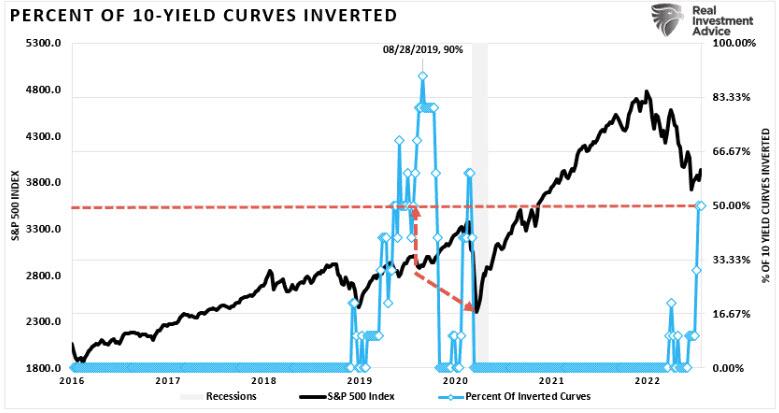 There’s a shortage of products on store shelves, but there’s no shortage of indicators that a recession has already begun and will persist throughout 2022. Despite Yellen’s overconfidence, informed citizens are armed with plenty of data points, thanks to the alternative media.

If you really want an indicator of recession that’s also likely to precipitate that same recession, just take a look at energy prices. High oil and natural gas prices are bound to put the brakes on economic growth prospects, just as much as the Federal Reserve’s imminent interest-rate hikes are.

Despite what the current government might lead you to believe, a move away from oil, natural gas, and coal toward solar panels and wind farms can’t happen abruptly. The energy crisis in Europe provides a dreadful picture of what a sudden, forced shift away from fossil fuels looks like.

If you can believe it, E.U. natural gas prices recently traded at an oil-barrel-equivalent price of $333. This is significant because a large portion of the developed world’s electricity is sourced from natural gas. So, if you think Americans’ electric bills can’t get any higher, just look at what’s happening in Europe.

Knowing that there’s no way to make up the supply gap left by Russia’s natural gas flow reduction, European Union countries tried to avert a full-on calamity by imposing a 15% demand cut through next winter. I’m sure that will go over well with the people of Germany, Great Britain, France, etc., as they struggle through what’s likely to be a bitterly cold winter. 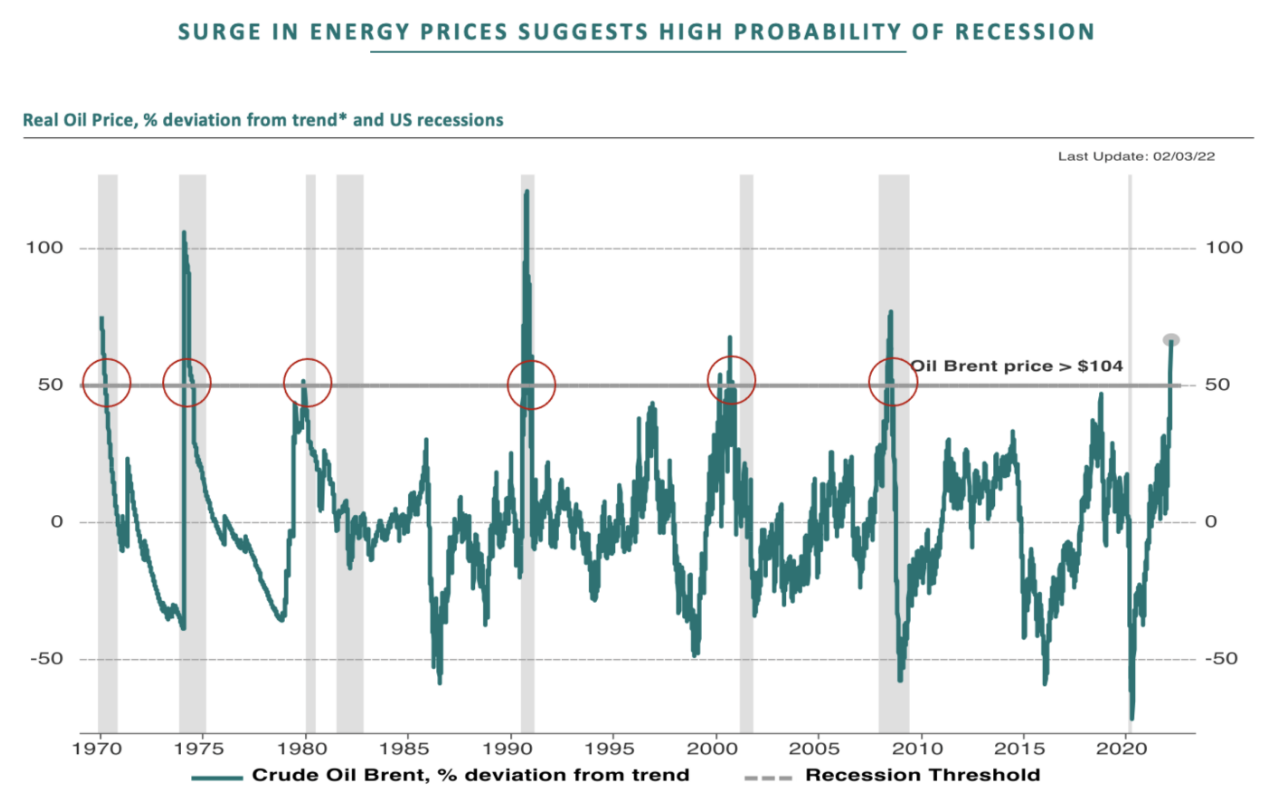 Then there’s oil, which is needed not only to power cars, trucks, and airplanes, but is a vital part of the supply chain as these vehicles need fuel to get products into stores. As you can see in the chart above, elevated oil prices are a reliable signal that we’re either in a recession or will be in one soon.

As you may recall, Joe Biden called high U.S. gas prices an “important transition” and declared that Americans will face high gas prices “as long as it takes.” At the same time, Biden Transportation Secretary Pete Buttigieg called the “pain” of high gas prices a “benefit.”

The energy crisis isn’t a threat anymore; it’s a reality of global proportions. When the economy tips over into a deeper recession and energy becomes even less affordable, remember how we got here, who tried to warn you, and who denied the problem for as long as possible.