As Bitcoin keeps on hitting new highs, it’s sometimes easy to forget that there are other viable cryptocurrency coins worth considering. Some of them are better than others, of course, but a trio of canine-themed tokens have inspired a surprisingly large fan base.

Actually, “fan base” might not be the best way to describe the phenomenon surrounding Dogecoin (DOGE), Shiba Inu (SHIB), and Floki Inu (FLOKI). Perhaps “army” would be the right phrase to use here.

Like dogs at a dog park, these three digital assets will get fiercely competitive, jump and retreat, and leapfrog over each other in popularity, market cap, and trading volume. It’s fascinating to witness a grassroots movement coming to fruition like this – and hard not to pick favorites.

Yet, I believe it treating all of these coins equally, as they all have their relative merits. If you’re looking for the original of the pack, Dogecoin will definitely be your pick as it’s been around since 2013.

It’s well-known that Dogecoin started out as a meme or “joke” coin, but by now it has certainly outgrown that reputation among serious crypto traders.

Next to arise was Shiba Inu, which came along in 2020 basically as an homage to Dogecoin. Both coins are adorned with a picture of a Shiba Inu dog, but there’s a huge price differential: while DOGE is around a quarter in U.S. currency, SHIB costs $0.00005 as I’m writing this.

$0.00005 might be hard to wrap your head around if you’re not accustomed to trading assets of this size. It’s one one-thousandth of a nickel, if that helps.

FLOK, which also has an image of a Shiba Inu dog, costs somewhere between the other two coins. The last time I checked, the Floki Inu token’s price was around $0.00025, or one-thousandth of a quarter. 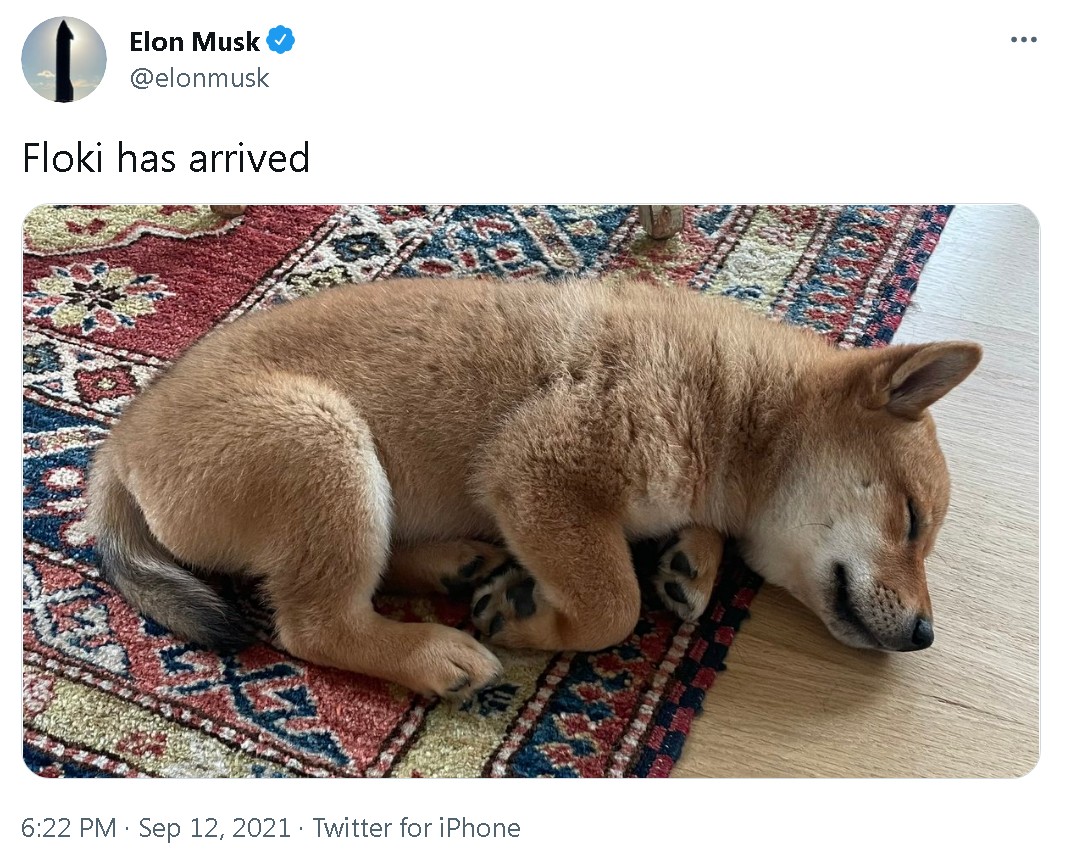 Floki Inu is the most recent of the trio, as it just came into existence in September after Elon Musk, tweeted a photo of his new Shiba Inu puppy, Floki.

Musk isn’t the only billionaire backer of canine coins, as Mark Cuban predicts that Dogecoin will hit $1 and become a stablecoin.

Notably, movie-theater chain AMC is now accepting Dogecoin payments for gift cards. So, when it comes to adoption, DOGE might be the most obvious pick of the three tokens.

Yet, don’t count out SHIB and FLOKI. If you’re seeking a coin with huge momentum, Shiba Inu recently overtook Dogecoin in a “flippening” event, in which SHIB briefly surpassed DOGE in market value.

Reportedly, addresses labeled as “smart money” by blockchain data firm Nansen started buying up SHIB. The buying was mostly concentrated in a seven-day period, and was worth around $160 million.

So, maybe Shiba Inu is the best pick if you’re looking to follow the activity of the big-money crypto whales. 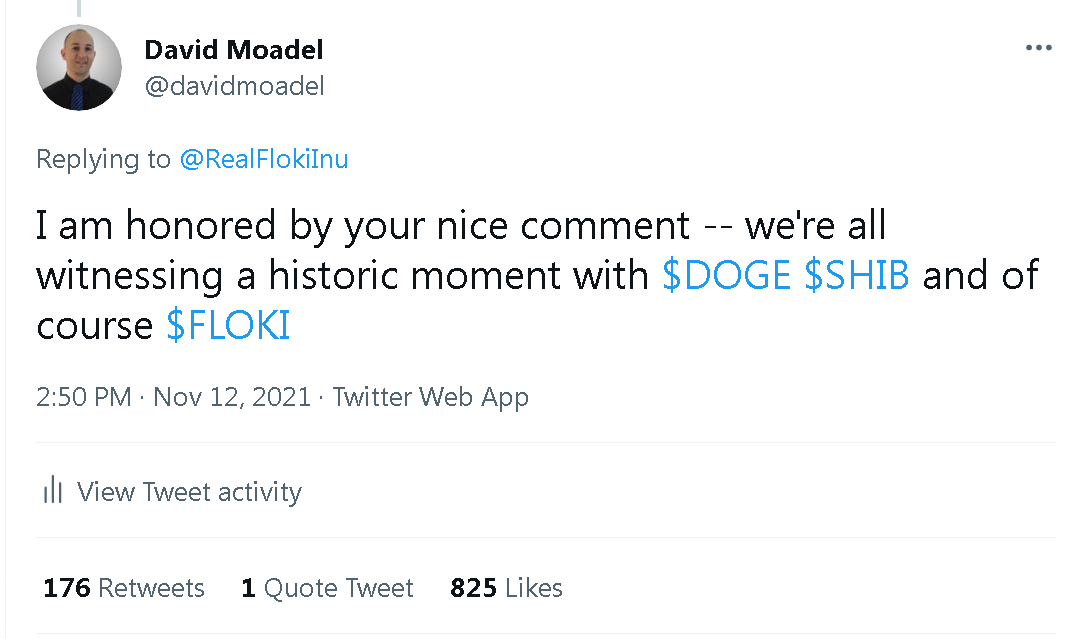 On the other hand, don’t even think about putting FLOKI in the doghouse. There are plenty of traders flocking to Floki – as evidenced by the rush of support I received on Twitter after posting an article about the token.

I found out very quickly that there’s a dedicated army on social media backing Floki Inu. So, don’t you dare call FLOKI a copy or a clone, as it’s a worthy digital asset in its own right.

Plus, it’s possible that FLOKI is poised for an explosive growth, just like we’ve witnessed with the first two canine coins. In other words, Floki Inu might still be a ground-floor opportunity.

At the end of the day, it’s perfectly okay to take a position in all three coins. None of them are better or worse, really – they’re just different and special in their own ways.

The most important thing is to have fun and don’t over-leverage yourself with any investment. And just remember, you can’t win unless you have a dog (or three) in the race.