Trust in the Mainstream Media Reaches a New All-Time Low

You probably knew this already, but now it’s fully confirmed by the data. Faith in the centralized institutions that are supposed to educate the public, are increasingly despised by that same public.

This is a problem because the news media is tasked with connecting the citizens with information about politics, the government and the economy. If the media is the glue that holds an informed society together, then that glue is quickly dissolving.

Donald Trump tried to warn us about this many times, even going so far as to popularize the term “fake news.” Among other things, Trump’s legacy will be a healthy skepticism in corporate news outlets that take statements out of context or simply make up their own versions of reality.

The media’s lies and distortions are egregious, but so is the breakdown in relations between press and the people. As Heidi Larson put it, “We don’t have a misinformation problem; we have a trust problem.”

Margaret Sullivan correctly asserts that the media’s role “should go beyond merely putting truthful information in front of the public” – a task at which the mainstream media has failed repeatedly.

Sullivan adds that the media should also do its best to make sure that the information is “widely accepted.” Or as Axios phrased it, the media must now take action to “help restore trust in fact-based news.”

According to the data, that’s a deep hole to dig out of. I’ve written on multiple occasions about how the citizens’ trust in politicians is low, but the level of faith in the corporate media might be even lower than that. 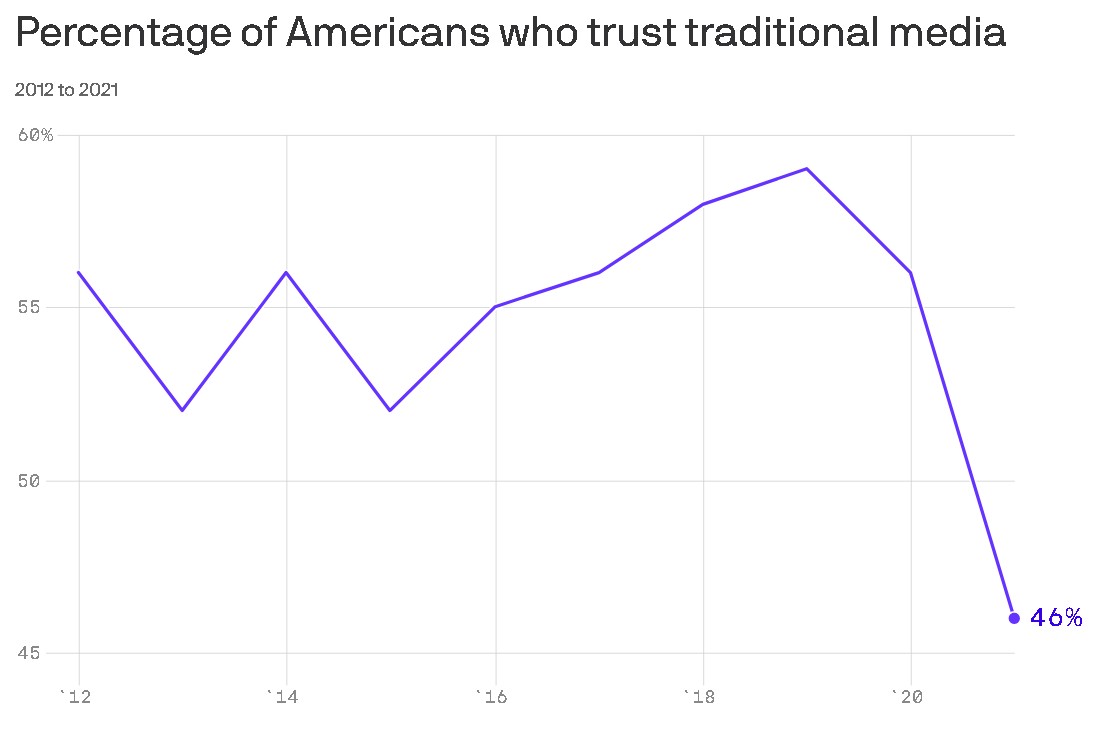 You could say that the trust barometer is broken, but really it’s the media regime that’s broken. Media misinformation isn’t just a symptom of a problem; it’s a major problem in itself as bad reporting can have disastrous results.

If you’d like to see a handful of examples, feel free to check out Glenn Greenwald’s collection of the 10 worst, most embarrassing U.S. media failures on the Trump-Russia story.

My personal favorite is the media’s claim that Russia had attacked U.S. diplomats at the Cuban embassy using a super-sophisticated sonic microwave weapon.

To make matters worse, the corporate media outlets don’t seem to care about mending the relationship with its consumers. Rather than building bridges, the media outlets simply find it quicker and easier to shut down conservative voices.

I chronicled the media’s war on free speech a couple of weeks ago, especially as it pertains to social media sites like Twitter and Facebook. For many people, these sites are a primary source of news and information – and they’re being filtered through a radically partisan lens. 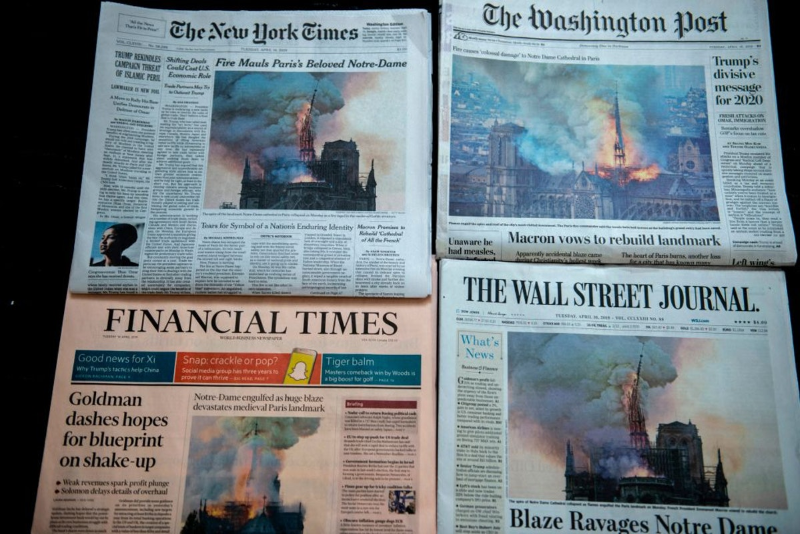 Not that the old-school media is doing any better. If you’re going to trust in traditional news sources, you’ll just have to pick your poison: print media or social networks, it’s all skewed in the same direction.

Long gone are the days of Walter Cronkite diligently reporting the events of the day and Americans implicitly trusting his integrity and judgment. Sadly, we’ll probably never experience that level of faith in TV news programs again.

That’s why we all need to spread the word about the so-called alternative news sites, which might be better phrased as independent news sites. Crush the Street is among them, of course, as you’ll see interviews with sources who aren’t beholden to special interest groups or globalist enterprises.

It’s a sad time for America when we can’t believe what we hear from the most popular media sources. The antidote is to raise the profile and the popularity of independent media – and to shift our trust to the people who truly deserve it.