Watch Their Actions, Not Their Words: Fed “Not Trying to Induce a Recession”

A month ago, Federal Reserve Chairman Jerome Powell warned that bringing inflation down to the central bank’s target of 2% will cause “some pain.” Powell said this after the Fed’s first half-point interest rate hike in years – but the “pain” was only just starting.

More aggressive rate hikes were coming, and not just in the U.S. With inflation is expected to exceed 9% during the next few months in England, the Bank of England just voted to lift interest rates by a quarter point to 1.25%, the highest level in 13 years.

And of course, the Federal Reserve just raised the Fed funds rate by 0.75%, marking the biggest rate hike it has made in a single meeting since 1994. With that, Powell became unusually defensive, saying, “We are not trying to induce a recession now; let’s be clear about that.”

First of all, the choice of words is worrisome. Why would Powell say that he’s not trying to induce a recession “now”? Is he suggesting that the Fed’s monetary policy tightening will cause a recession later this year?

Even if we ignore Powell’s phrasing, it’s difficult to envision any sort of “soft landing” after three consecutive months of inflation at 8% or higher. Appallingly, the most recent Consumer Price Index print of 8.6% represented the highest annualized U.S. inflation increase since December of 1981.

Moreover, elevated inflation means that the central bank will have to continue with aggressive rate hikes. Fed officials expressed a median projection that interest rates will rise to 3.4% by year-end, which is well above the 2.5% level that many Fed officials have described as “restrictive” for economic activity. 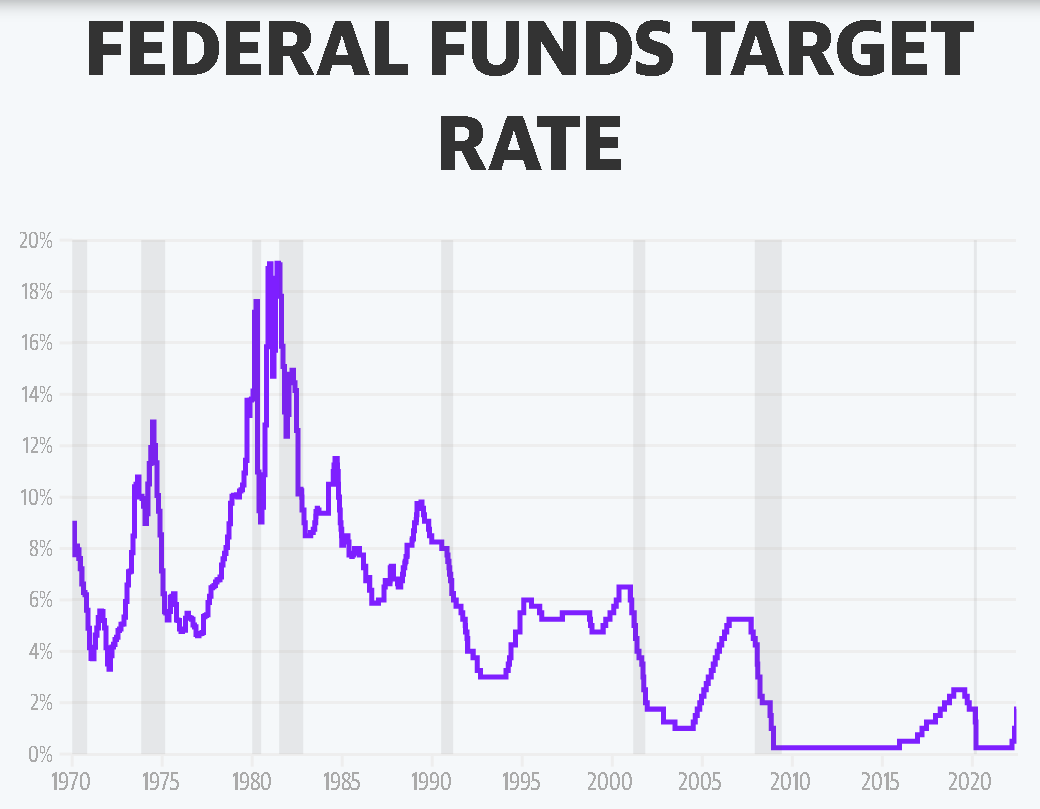 At this point, engineering a “soft landing” will be practically impossible. Or as ING Economics put it, “[G]oing faster and deeper into restrictive territory implies a greater risk of a hard landing.”

At the very least, the Fed is acknowledging that economic conditions will worsen during 2022’s second half. While modeling a rise in the unemployment rate, the Federal Reserve also expects the U.S. economy to grow by only 1.7% this year, compared to the 2.8% it had forecast in March.

The trillion-dollar question is how the central bank intends to cool down inflation without also having a chilling effect on the economy. After all, the plan is to implement higher borrowing costs in order to slow down the flow of money throughout the economy, thereby tamping down dollar inflation.

It’s not difficult to see the writing on the wall, and some experts are bracing for the worst-case scenario. For instance, veteran investor Michael Novogratz warns that “The economy is going to collapse,” and “We are going to go into a really fast recession, and you can see that in lots of ways.”

Among the signs of an imminent recession, according to Novogratz, are “layoffs in multiple industries.” He also observed that “Housing is starting to roll over,” and “Inventories have exploded.” 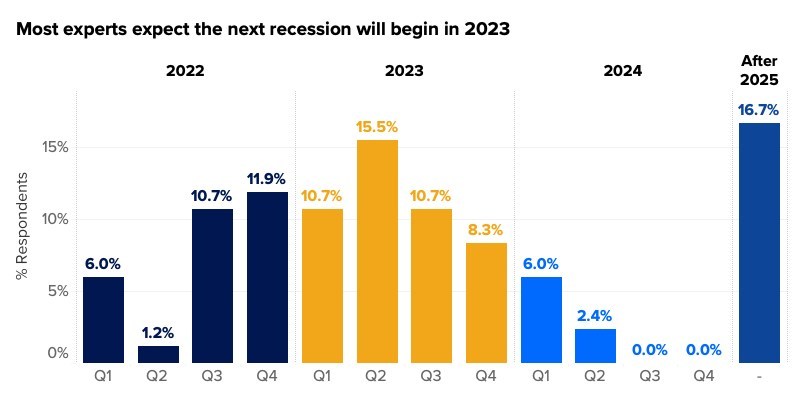 Indeed, there are too many signs to ignore and it’s not a question of “if,” but only “when.” Today, experts on the U.S. economy are debating whether the impending recession will occur this year or next year.

Amid this pessimistic backdrop, Novogratz seems to view the Federal Reserve as having to take aggressive action at the worst possible time. “They are hiking into the popping of a bubble,” he commented, adding that Fed is “stuck” with a position of having to “hike [interest rates] until inflation rolls over.”

While none of this bodes well for the stock market in general, high-flying technology stocks could suffer the worst damage. In that vein, Thoma Bravo founder Orlando Bravo cautioned, “I think there’s more pain to come,” in reference to the technology industry.

Many tech stocks have posted losses in 2022 so far, and investors may continue to divest their shares if these companies can’t balance their books in the coming quarters. “When those companies really start getting down to answering the investor question, the path to profitability, they’re not going to love what they see,” Bravo explained.

As major market segments collapse, the question of whether the Federal Reserve “tried to induce” a recession won’t matter much. The damage will already have been done, and it will be up to us, not the central bank, to pick up the pieces.