What Will Cause the Great Recession of 2022?

Another old saying is that “buy the dip” works, until it doesn’t. Buying all dips, which traders in the 2020’s have been programmed to do, hasn’t been working like it used to. Most likely, it’s because market participants see too many economic headwinds which they can’t ignore anymore.

In 2022’s first quarter, U.S. GDP contracted 1.4%. If it contracts again this quarter, then that will fit the definition of a recession. It might be a “mild” recession, but don’t be surprised if a whole lot of retail traders get shaken out of the markets at the worst possible time.

If there is a stock-market drop of 30% to 50%, this will be a great time to scale into stocks representing solid companies with staying power. You don’t have to try to time the bottom of the move. Remember, Warren Buffett isn’t perfect, but he is more patient than most people.

To avoid a deeper downturn in stocks, a number of economic challenges would somehow have to be resolved in the near future. For example, the real estate bubble is starting to burst and foreclosures are on the rise throughout the U.S. 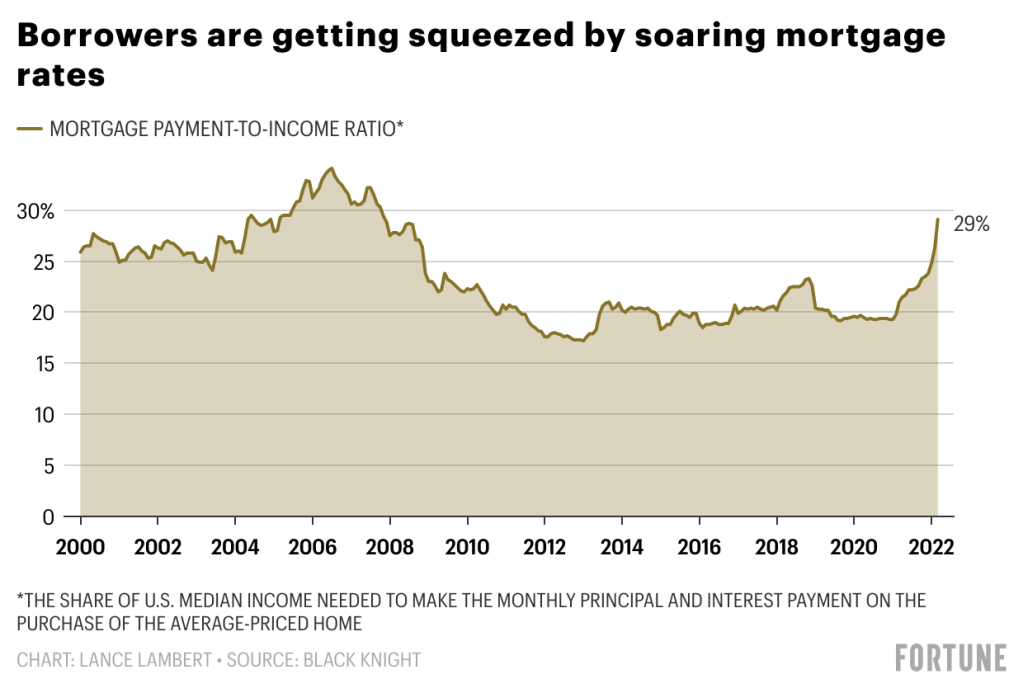 This isn’t to suggest that the bursting of the housing bubble will be front-and-center in a 2022 recession, as it was in the Great Recession of 2008-2009. What’s happening today in the real estate market is more of a symptom of the disease, than the disease itself.

Some commentators might point to the geopolitical crisis in Ukraine as the primary catalyst of this year’s market uncertainty. Granted, this crisis has exacerbated supply shortages of commodities such as oil, natural gas, wheat, and corn.

However, supply-chain disruptions began before Russia invaded Ukraine, and before 2022 started. Surely, you can recall how essential goods became not only more expensive, but harder to obtain after the onset of COVID-19. Recently renewed lockdowns in China will undoubtedly make supply-chain problems worse for a while.

Ultimately, though, all roads lead to inflation. Shortages of goods wouldn’t be as much of an issue if they didn’t contribute to substantial price hikes in essential products. Moreover, the real estate bubble wouldn’t have unfolded the way it did, were it not for sky-high prices of lumber, steel, concrete, and other construction materials.

It’s been argued that the stock market will collapse because it has gone too high for too long. I certainly won’t deny the wise words of Wall Street veteran Bob Farrell, who observed that “Speculative periods are followed by an unraveling because they usually carry too far, or there’s not enough attention paid to fundamentals.”

During the highly speculative period of early 2021, frenetic traders dismissed fundamentals and bought up stocks representing zombie companies. This was bound to end badly for them, but many of those seemingly hyper-growth stocks have already crashed and besides, they’re generally not part of any major market indexes.

When speculative stocks crash, it’s not necessarily indicative of an imminent broad-market collapse. However, it is a sign that Wall Street is fully prepared to punish underperforming companies – it’s the survival of the fittest in 2022.

As Farrell put it, “Excesses in one direction will lead to an opposite excess in the other direction.” Stocks that went up more than their fundamentals would justify, are likely to pull back. If they pull back too much, though, then there may be buying opportunities.

If anything will tank the stock market and the economy, it will be the unwinding of central-bank accommodative policy in the face of high inflation. Extreme stimulus in response to the COVID-19 crisis was bound to have consequences, and the ripple effects are being felt on both Wall Street and Main Street now.

You don’t have to panic if these factors cause a further downturn in the markets, though. Stock valuations needed to come down to Earth, and since the Federal Reserve wasn’t willing to ease up on the money printer before, it’s forced to do it now. So, it’s fine to have some cash or “dry powder” ready because your favorite stocks could be on sale very soon.