When the Markets Are Turbulent, It’s Time to Go Shopping

Everybody’s a genius during a bull market. When stocks are all going up, people feel smart because their account is in the green. The real test of your investment strategy, however, is how your portfolio performs when the market goes down.

It’s also a test of your emotional composure. Amateur investors, like casino gamblers, don’t typically quit while they’re ahead. They quit in frustration after booking a loss, and in many instances, they could have booked a gain simply by waiting.

Unfortunately, this happens time and again. The amateur traders effectively transfer their wealth to the institutional investors, who buy shares at a discount and compound their returns over time.

Currently, geopolitical events are in the financial headlines. Prior to that, the markets were jittery over the prospect of interest-rate hikes, but the media would rather focus on images of tanks and explosions – as the old saying goes, “If it bleeds, it leads.”

It could be a major error to sell your stocks while this is going on. Truist Advisory analyzed 12 major geopolitical events from the past several decades, including the Cuban missile crisis of 1962, the Iran hostage crisis of 1979, and the Iraq War of 2003.

The analysts found that on average, the S&P 500 gained 8.6% in the period after the geopolitical event. Moreover, the S&P 500 posted a one-year gain in 9 of the 12 periods examined. 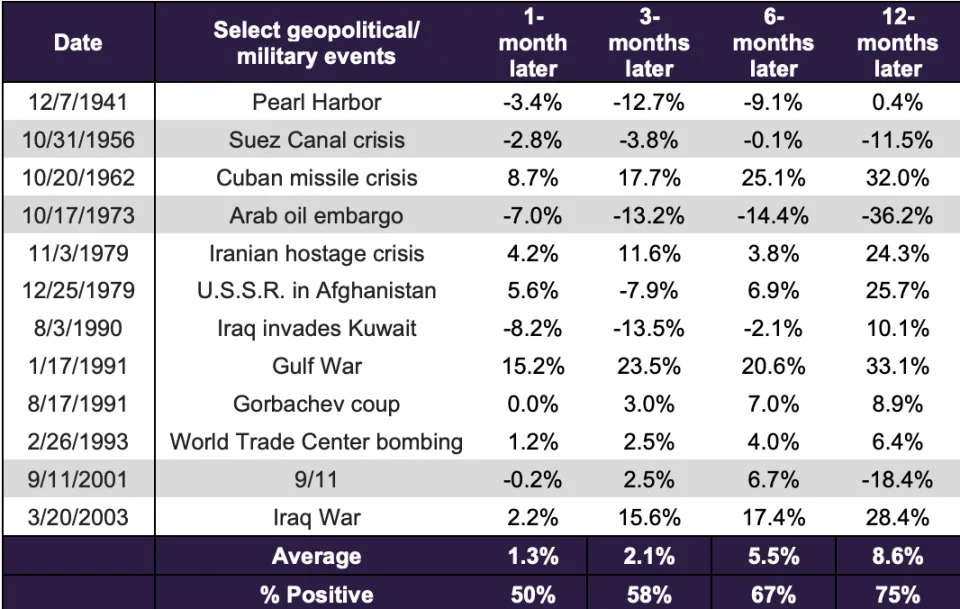 Keith Lerner, Truist’s co-chief investment officer, concluded, “When you look at the history of geopolitical events, they tend to have a short-term impact on the markets, and as long as they don’t drive you into recession, then the markets tend to rebound.” Therefore, “We don’t think investors should overreact to this situation by itself.”

Warren Buffett also had a great quote on this topic: “Over the long term, the stock market news will be good. In the 20th century, the United States endured two world wars and other traumatic and expensive military conflicts; the Depression; a dozen or so recessions and financial panics; oil shocks; a flu epidemic; and the resignation of a disgraced president. Yet the Dow rose from 66 to 11,497.”

For many people, applying these concepts is easier said than done. It’s one thing to look at a stock chart and conclude that buying more shares during market downturns has been a good strategy. Adding to one’s position in real time, while stocks are falling fast, is another matter entirely.

For many people, applying these concepts is easier said than done. It’s one thing to look at a stock chart and conclude that buying more shares during market downturns has been a good strategy. Adding to one’s position in real time, while stocks are falling fast, is another matter entirely. 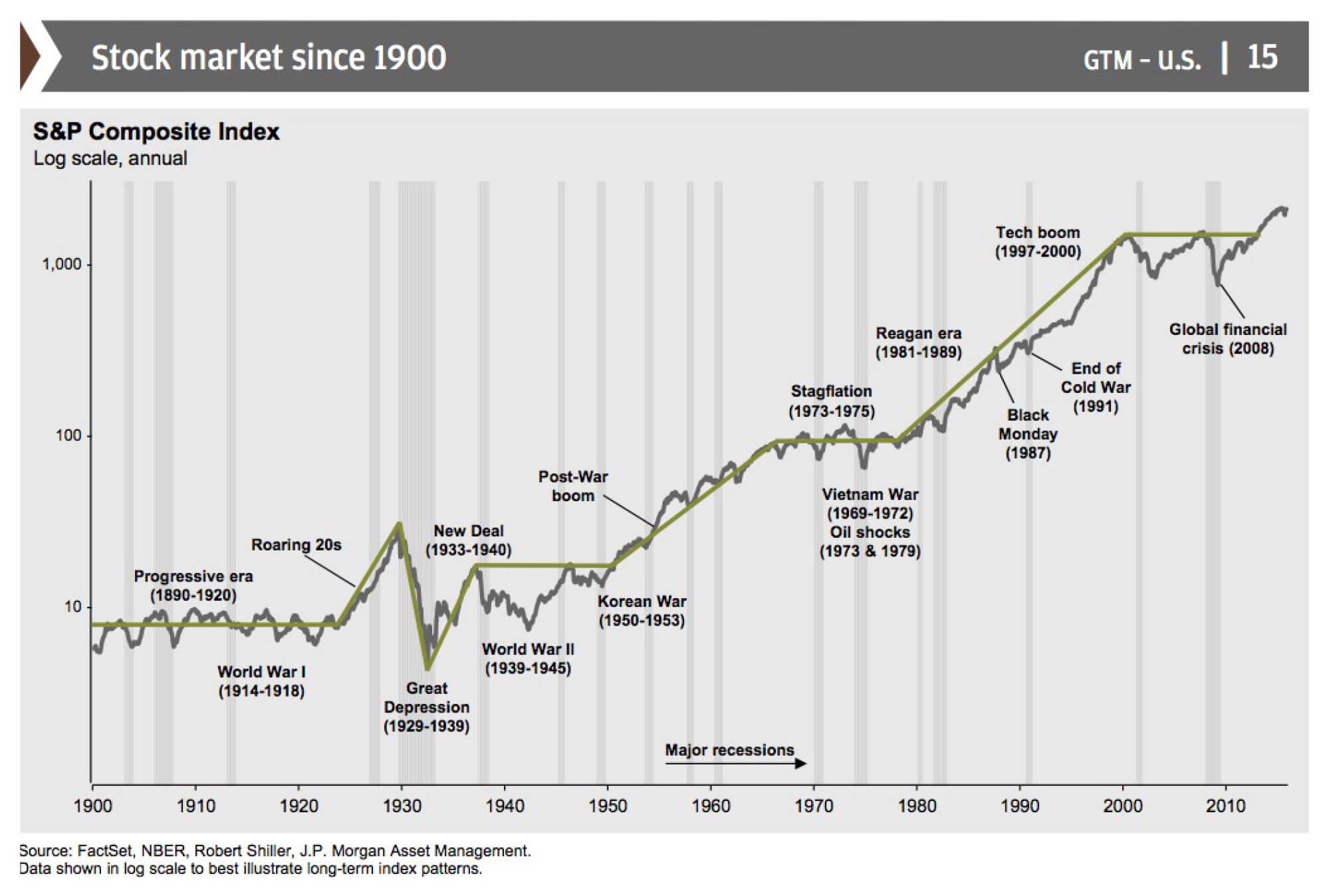 This is one of the most common mistakes that amateur investors make. Other mistakes include over-leveraging yourself on one particular stock, and buying shares of a stock without learning about the company first.

Think about what successful gold-mining companies do. They purchase mineral assets near the bottom of the price cycle, when gold is out of favor. Thousands of years of history show that commodity prices are cyclical, and gold always swings back after a drawdown.

Taking a long-term perspective will help to keep your emotions in check during turbulent times. It’s also important to be aware of geopolitical events but to avoid obsessing over them. Remember, the media’s chief objective is to keep you glued to the screen, and fearmongering is their weapon of choice.

Political leaders also have a vested interest in stirring up fear. They can create a crisis situation, profit from their investments, de-escalate the crisis, and claim that they saved the day. It’s an old trick that still works surprisingly well.

So, while geniuses are everywhere in bull markets, great traders are actually born in bear markets. That’s when it’s time to flex your contrarian muscles, seek out assets that offer great value, and add to your positions while others are storming the exits.