Yellen’s Back. Welcome to Obama 2.0

If there was any shred of doubt that Biden’s tenure will usher in a return to Obama-era policy, all questions are now definitively answered as old Joe has tapped former Federal Reserve chair Janet Yellen to be the next secretary of the U.S. Treasury.

Clearly, if Trump did everything he could do in four years to drain the swamp, Joseph Biden will re-populate that swamp within weeks, if not days. Besides adding Grandma Yellen to his team, Biden’s also revisiting the dubious past by selecting former Obama-administration secretary of state John Kerry for a made-up role known as “climate envoy,” whatever the heck that means.
This is shocking, but really it shouldn’t be surprising that Biden would roll back everything Trump has done as president while installing career politicians in important government positions. While Trump strove to reduce the size of government, Biden’s working quickly to expand it with a “climate envoy” and Heaven only knows what else.

Meanwhile, political insider and former lobbyist Ron Klain will be Biden’s chief of staff. Klain is married to Monica Medina, who served as the “principal deputy undersecretary of commerce for oceans and atmosphere” (no, I’m not making this up) under Obama. 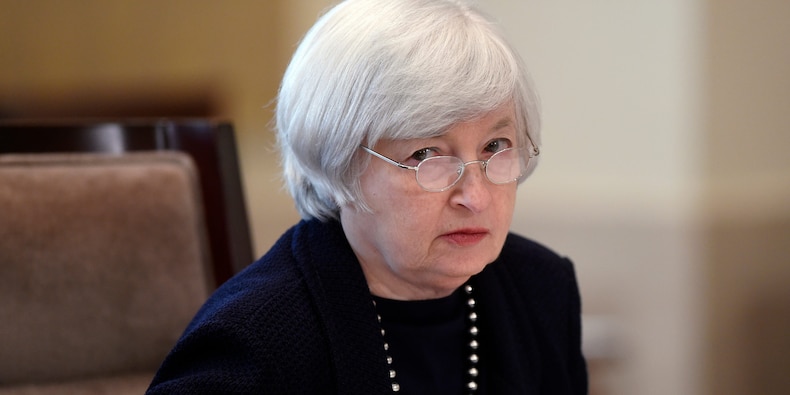 But for investors, the primary focus right now is on Yellen, who was the equivalent of Mrs. Santa Claus for the ultra-wealthy during her tenure as Fed chair from 2014 to 2017. To say that Yellen’s fiscal posture is accommodative would be the understatement of the century.

As cowardly as current Fed chair Jerome Powell is, at least we can credit him with engineering a slight uptick in government bond yields in Q4 of 2018. This attempt at fiscal belt-tightening resulted in a quick 20% correction in the stock market, so Powell turned tail and effectively vowed never to taper again.

Yellen made no such attempt at fiscal discipline – never even considered it, really. For all intents and purposes, Yellen’s credo was “Don’t push back.” Certainly, she never pushed back against her boss Barack Obama’s fiscal agenda: higher taxes and regulations on businesses and entrepreneurs.

And of course, Yellen didn’t push back against the super-wealthy who had a vested interest in keeping government bond yields low so that their stock shares (which is how the corporate brass are typically compensated) would soar in value irrespective of the actual state of the economy.

Under Yellen’s watch, the rich got richer as their stock holdings were supercharged by mega-dovish Fed policy. This time around, Yellen will be serving Joe Biden and she’ll be in charge of the nation’s Treasury, so prepare for massive new spending, tax increases, bigger government and a slew of new regulations. 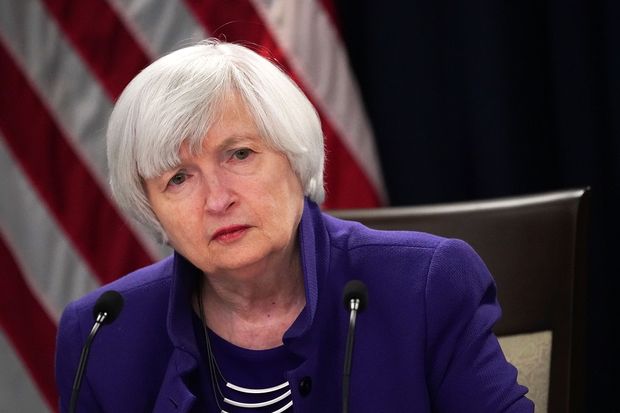 As the Treasury secretary, Yellen will play a significant role in setting the federal government’s budget and borrowing policy, as well as regulating the U.S. financial system. She’ll be a key cog in the Biden wheel as a return to Obama’s tax-and-spend regime signals an imminent debt spiral.

We don’t need to read between the lines to get a handle on Yellen’s inner thoughts, as she has explicitly said, “If I had a magic wand, I would raise taxes and cut retirement spending.” Don’t be surprised, then, if you’ll soon see more of your income getting siphoned off to the government – and soon enough, we’ll find out how Yellen’s magic wand will threaten Social Security.

You’ve got to hand it to the current Treasury secretary, Steve Mnuchin, as he at least has the guts to fight the Fed. Against the Fed’s wishes, Mnuchin’s allowing several of the central bank’s emergency lending programs to expire on December 31. This will reduce the Federal Reserve’s ability to flood the banking system with cash and thereby prop up the financial markets.

Don’t count on Janet Yellen having the backbone to do anything like that. Between Biden and Yellen, the return to a policy of tax, print, and spend is inevitable. So adjust your investing strategy accordingly as big changes are coming, whether they make sense or not.