You Haven’t Heard of This Bill, but It’s Going to Change the Cannabis Market Dramatically

Imagine having a small business and not being able to accept credit or debit card payments – only cash. While you’re at it, imagine not having access to bank loans for seed capital, or the payroll services that banks frequently provide… or even a simple checking account.

That’s precisely what American cannabis companies have had to deal with for years: they’ve been forced to operate as cash-only businesses, entirely shut out of the banking privileges that so many businesses take for granted.

How is this possible? After all, with adult recreational marijuana currently legal in 10 states and the District of Columbia and medical marijuana legal in 33 states, shouldn’t cannabis businesses have access to basic banking privileges like everyone else?

Regrettably, it doesn’t work like that. With cannabis still technically classified as a Schedule 1 drug (notwithstanding the Farm Bill, which legalized hemp on a federal level), banks haven’t been able to provide their services to cannabis companies… yet.

That’s all likely about to change with a bill that’s moving forward quickly through the Congressional pipeline. Formally known as the Secure and Fair Enforcement (SAFE) Banking Act of 2019, this proposal will, if passed, finally allow American canna-businesses access to the essential financial services provided by banks. 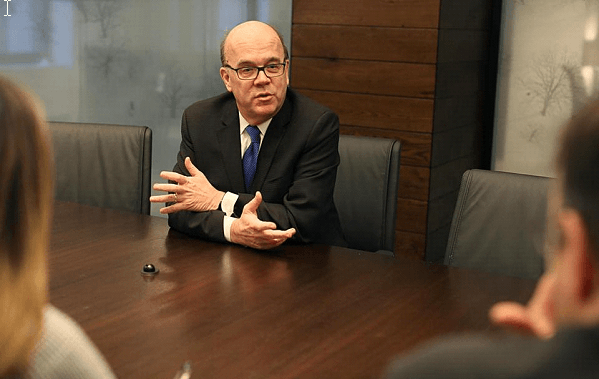 James McGovern, the Chairman of the House Rules Committee and a sponsor of the bill, is optimistic that the SAFE Act will reach the President’s desk, stating that “in the House, we will move on this issue in the next few weeks… I think it will pass with an overwhelming vote, Democrats and a lot of Republicans as well.”

No one can guarantee that the SAFE Act will pass through both chambers of Congress, but considering how smoothly and painlessly the Farm Bill passed, there’s plenty of cause for confidence as the cannabis banking bill pushes forward.

As to whether President Trump would sign the SAFE Act, bear in mind that he had no problem with signing the Farm Bill, and that Trump has said that he “really” supports the Strengthening the Tenth Amendment Through Entrusting States (STATES) Act, which would protect U.S. states with legal marijuana from federal intervention.

For the SAFE Act to get this far is, in itself, a significant milestone for the pro-cannabis movement. It’s amazing to consider that the American cannabis industry has achieved so much growth already, given the legal system’s financial constraints on cannabis cultivators and dispensaries.

One can only imagine the floodgates of cash opening up when these businesses are finally able to secure bank loans, and when they’re able to accept credit and debit card payments from their customers. The mainstream media has barely even mentioned the SAFE Act, so it’s flying mainly under the radar at the moment; if and when it passes, the positive impact on cannabis stocks should be spectacular. 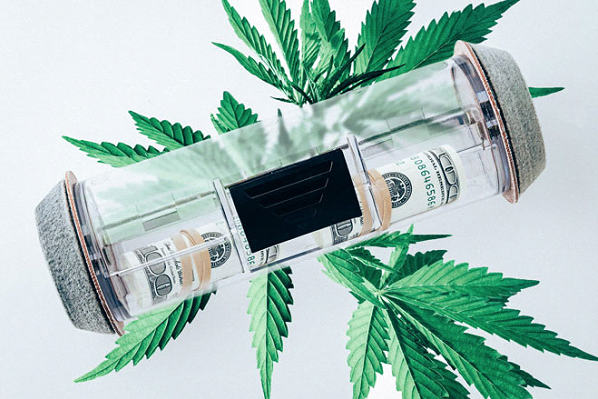 Pass or fail, the SAFE Act has already made history as only the third time that any stand-alone cannabis bill has been approved by a congressional committee. Not only that, but the SAFE Act has 152 co-sponsors (that’s more than one-third of the House, and includes several Republicans), and therefore has more support than any previous U.S. cannabis bill has ever received.

Plus, Representative McGovern will use his considerable influence to move the SAFE Act forward in Congress: as he explained, it “doesn’t seem safe and it doesn’t seem sensible” to require cannabis businesses to use cash for all of their transactions, as this policy unfairly makes them targets for crime.

People have been asking me for investing ideas, and I certainly can’t blame anyone for wanting to take a position in cannabis stocks before the SAFE Act gets to the President’s desk. One strong contender I’ve been looking at is a Canadian company with operations in Nevada and Oregon and plans for expansion into other states, called C21 Investments Inc. (CSE:CXXI).

I like this fast-growing company because of their brand acquisition business model; C21 already owns multiple successful American canna-businesses including Silver State Relief, Phantom Farms, Eco Firma Farms, and Pure Green, and has an agreement in place to acquire Swell Companies Ltd.

However you choose to take a position in the American cannabis market, I wouldn’t wait too much longer, as the SAFE Act appears to have stronger momentum than most congressional initiatives and, much like the Farm Bill, I don’t expect too much resistance as it works its way towards becoming the law of the land.

And whatever you do, don’t wait for the corporate media to tell you about these types of developments in the cannabis market. Keep checking back here at Crush the Street for updates as the SAFE Act and other pro-cannabis items impact the sphere of American and global finance, and your portfolio.

This work is based on SEC filings, current events, interviews, corporate press releases and what we’ve learned as financial journalists. It may contain errors and you shouldn’t make any investment decision based solely on what you read here. It’s your money and your responsibility. Wallace Hill Partners LTD, a Canadian company, which is owned by the same individuals as Crush The Street LLC, has been compensated three hundred thousand u.s. dollars, five hundred thousand Canadian dollars and one million, right hundred thousand RSUs, directly by c21 investments, for a three year marketing agreement. The information herein is not intended to be personal legal or investment advice and may not be appropriate or applicable for all readers. If personal advice is needed, the services of a qualified legal, investment or tax professional should be sought.