It’s often assumed that cash is the more secure asset that you can own. That might have been almost true prior to 1971, since the U.S. dollar was backed by gold prior to that year – though it was true then and it’s still true today that gold and silver are more reliable stores of value than government-issued currencies.

After the “gold window” was closed and the dollar was decoupled from hard assets, all bets were off and fiscal responsibility was a thing of the past. After all, the government could just print up unlimited currency units without any checks or restraints – and so, that’s exactly what they’ve been doing for 50 years.

The result has been a money thief which is invisible and will never go to jail: inflation. America isn’t at the level of Venezuela or Zimbabwe, but those nations should offer unwary citizens a glimpse of where we may be headed.

Perhaps the worst part of it all is that rampant inflation is hitting the working class right where it hurts. For instance, many of us need to fill up our gas tanks to get to work, and a rising inflation environment has contributed to the recent climb in oil prices.

And even if you somehow never use petroleum products (cars, buses, trains, airplanes, etc.), you’ll still be affected by rising inflation as everyone has to eat. Shockingly, according to the Bureau of Labor Statistics, food prices increased by 3.9% in 2020 – nearly triple the rate of inflation.

It’s likely to only get worse. You may have heard about the chicken shortage, with supply-chain disruptions leading to wild price swings and higher food bills.

“The industry is experiencing some supply challenges,” explains Sara Matheu, a spokeswoman for Chicago-based US Foods. “Meat processors are having a hard time keeping up with increased demand due to a variety of challenges.”

Whether you consume meat or not, you’ll still need to brace yourself for pricier food items across the board. “I think food prices are going to continue to increase for probably a good year, year and a half,” cautions Phil Lempert, founder of SupermarketGuru.com.

Along with meat, basic food items like wheat, corn, and soybeans have experienced the sharpest price increases. While the average price of meat went up by 5.5% last year, the prices of fruits like apples, strawberries, and citrus shot up 11.3%.

But it’s not just about food or gasoline. As investing guru Warren Buffett points out, every sector of the economy is suffering from the impact of out-of-control inflation. Indeed, this was a focal point of Berkshire Hathaway’s annual video conference.

We’re seeing very substantial inflation – it’s very interesting. I mean, we’re raising prices. People are raising prices to us. And it’s being accepted… The costs are just up, up, up,” Buffett commented at the conference. 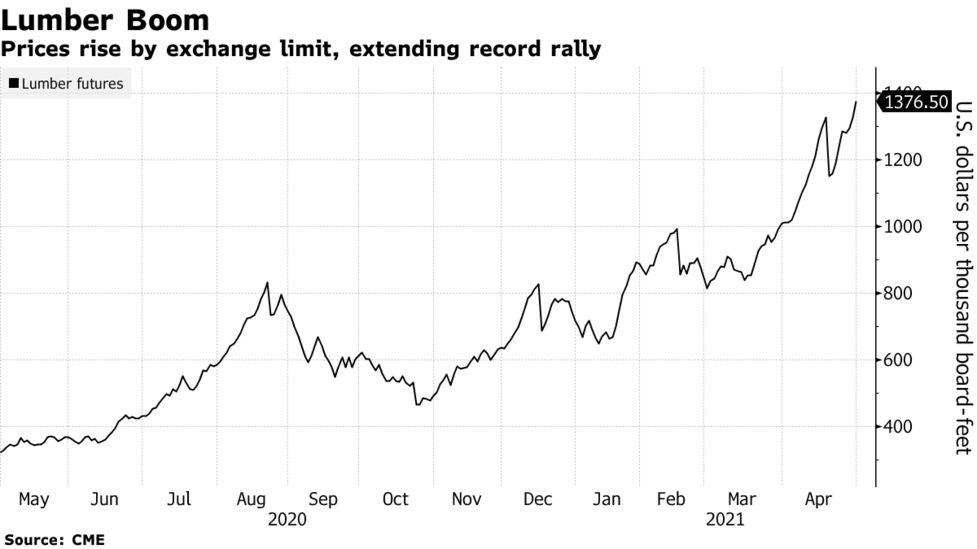 Buffett specifically cited the rising prices of homes, and of steel – though he could just as easily pointed to the price of lumber, which has been skyrocketing in 2021.

Warren Buffett has been around for more than 80 years, and has seen a lot of things. He was alive during the Great Depression, and the hyper-inflationary decade of the 1970’s.

For Buffett to say that we’re now “seeing very substantial inflation” is, itself, substantial. You don’t hear him say things like this very often. Usually, Buffett only has nice things to say about the resilience of the American economy.

He probably still sees the economy as bouncing back, of course Buffett has so much money that he won’t personally feel the effects of inflation.

But for the rest of us, it’s time to get prepared, whether it’s through gold and silver holdings and/or a position in cryptocurrencies and the companies that mine them. Either way, Warren Buffett’s warning needs to be heard – even if you won’t listen to me, at least listen to the Oracle of Omaha.