Everybody and his uncle knows there’s a recession coming, and they know why it will happen. That’s your warning to get out and keep your wealth in cash, right? Don’t be so sure, as the “wisdom” of crowds is unreliable and fear is much more contagious than logic.

After all, common sense isn’t really common and the so-called experts got practically everything wrong in 2022. Shockingly, equity analysts on Wall Street are on pace to overestimate the performance of the S&P 500 this year by nearly 40%. That’s their biggest miss since 2008.

Imagine this: the equity analysts thought the S&P 500 would finish 2022 at 5,264.51, while it’s closer to 3,800 with only a handful of trading days left. Apparently, they didn’t expect years of print-and-spend monetary policy to take a toll on the nation’s economy.

It’s instructive, and rather humorous, to consider that we’re all supposed to heed their estimates for 2023 even though they botched it in 2022. Clearly they have no crystal ball, as their year-end 2023 S&P 500 estimates go as low as BNP Paribas analyst Greg Boutle’s bearish prediction of 3,400, to Deutsche Bank analyst Binky Chadha’s moderately optimistic target of 4,500.

Overall, however, the experts’ estimates tend to skew to the bearish side. It’s possible that they’re giving in to recency bias: “The stock market was down today, so therefore it will be down tomorrow.” It’s the complete opposite of contrarianism, which is the attitude that made Warren Buffett wealthier than any of those self-appointed experts. 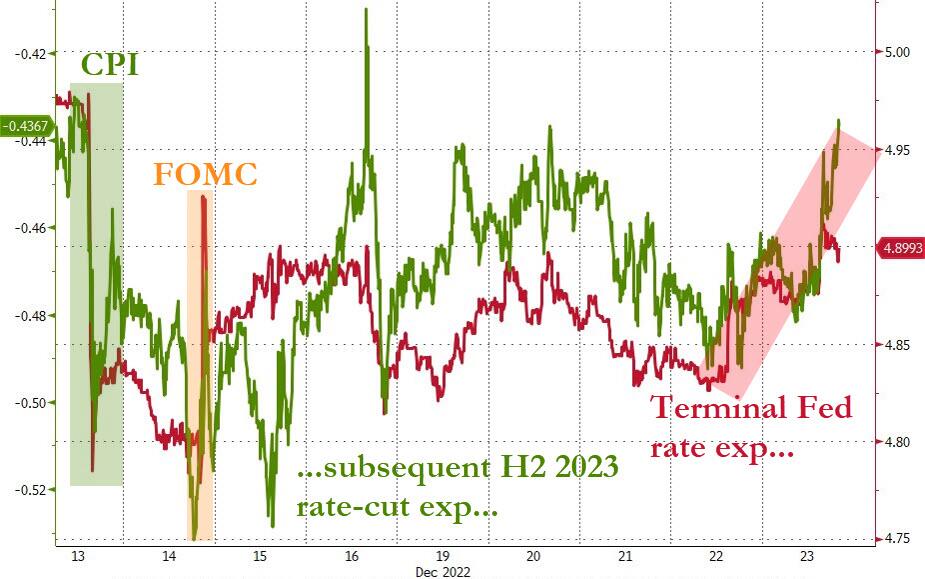 It’s no secret that this year’s stock-market downturn is the direct result of a Federal Reserve that’s hell-bent on taming the inflation monster through persistent interest-rate hikes. When borrowing costs prohibit people from buying homes and cars and taking out loans, the economy inevitably slows down and corporate earnings take a hit.

There also tends to be an inverse correlation between stock prices and bond yields, since better-yielding bonds can entice fund managers to allocate out of stocks and into Treasurys. On top of all that, the U.S. dollar typically remains strong when the federal funds rate is elevated, and a strong dollar is net negative for stocks.

So now, after months of the word “inflation” being in practically every mainstream-press headline, the new buzzword is “recession” as investors and even non-investors fear an economic collapse. The old saying that it’s time to get out of stocks when your cab driver is giving you stock tips, has a modern twist now: When your Uber driver is telling you to get out of the financial markets, that’s actually a bullish signal.

I’ve said it before and I’ll say it again: When everyone’s on one side of the boat, you don’t want to join them as the boat is likely to tip over. I suspect that many of today’s amateur traders weren’t in the markets in 2000 or 2008, so they haven’t really learned the lessons of the past and certainly won’t apply them now.

Deep recessions and stock-market crashes don’t happen when everybody’s expecting it and talking about it in the mainstream headlines. Folks who just started trading stocks during the COVID-19 lockdowns don’t recall the deep complacency that pervaded the markets prior to the 2000 and 2008 crashes.

Plus, those crashes weren’t deliberately orchestrated by the nation’s central bank. They spiraled out of control as selling begat selling; you really had to be there to appreciate the depths of panic that overtook previously euphoric stock investors during those times. 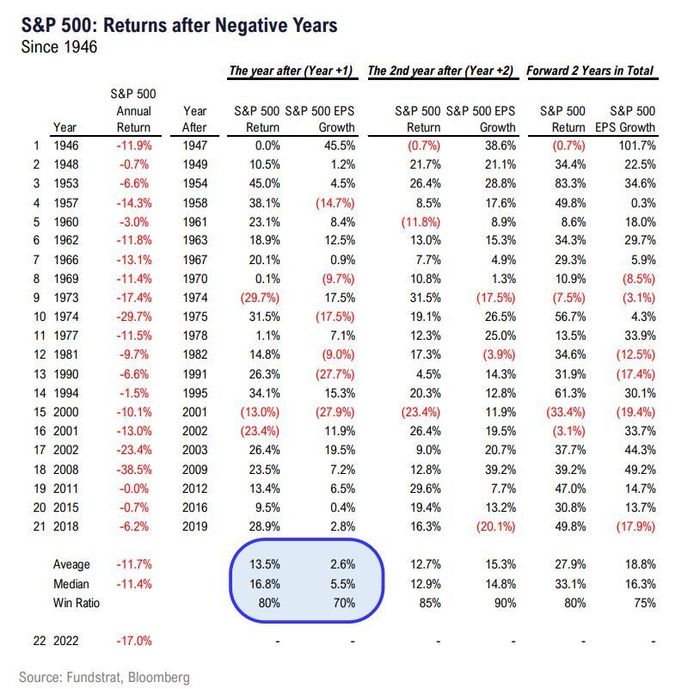 This recession is engineered by the Federal Reserve, and they can come in on a white horse and “save” the stock market anytime they choose to. Fed Chairman Jerome Powell gets to be the “hero” even though the central bank’s policy errors contributed to the mess that we’re currently in.

Furthermore, amateur traders are largely ignoring the data, which indicates that back-to-back stock-market down years are rare. On average since 1946, the S&P 500 has gained 13.5% during years that followed a down year.

But hey, the choice is ultimately yours to make. You can listen to the “experts” and your Uber driver and your co-worker at the water cooler, and stay out of stocks for the next 12 months. Or, you can keep a cool head and be like Buffett, who doesn’t follow crowds and outperforms just about everybody.