A serial entrepreneur is on the cutting edge of artificial intelligence.

It trades now, and I highly recommend you board this train before it’s too late.

Even Vladimir Putin has gone as far as to say that whoever leads in artificial intelligence will rule the world. This is a trend that should not be taken lightly.

You don’t know what you don’t know. This is true of societal changes, especially in emerging technological trends. In its very early days, Bitcoin traded for $1 and below. Had there been widespread understanding of what Bitcoin could actually achieve, the network it was capable of, the decentralized nature, and the immutable security that it provided, it would have been worth $10,000 on day one and gone up from there. Instead, what was uncertain about the future dictated very low prices.

Today, what is conventionally uncertain is how massive a shift we are going to see in the economy due to the implementation of artificial intelligence. AI is completely under the radar, and I’m positioning now.

In 1995, an era of Internet chaos, Newsweek published an article on why the Internet is destined to fail. In fact, the title of the article was “Internet? Bah!”

Today’s wealthiest individuals are striking their riches in Internet-based businesses, and AI is going to be the next wave where decamillionaires and billionaires will be made.

AI is a huge deal, maybe even as revolutionary as the Internet ultimately turned out to be.

This is the very reason why I’m alerting my readers about Globalive, which is already involved in integrating the blockchain and AI into industries that are ripe for disruption.

Globalive is just starting to trade today, and it’s only the beginning…

Anthony Lacavera, CEO of Globalive, is one of the greatest entrepreneurs in North America. With his last big play being WIND Mobile, he took on the big telecommunications giants and ended up becoming the 4th-largest wireless carrier in Canada, then sold to Shaw Communications for $1.3 billion!

We have an opportunity to stand shoulder to shoulder with Anthony on this ambitious venture in an early-stage company with massive potential. 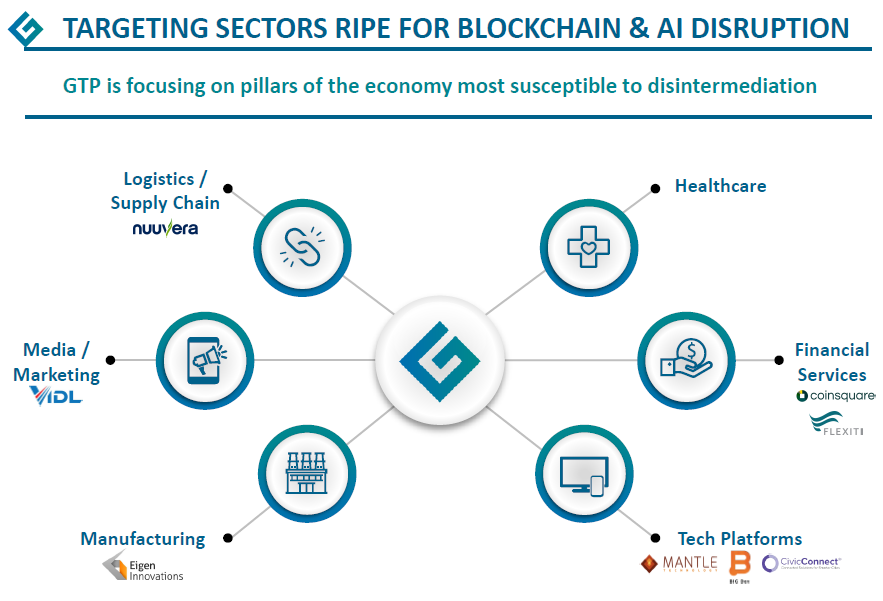 Things change fast. In the 20th century, machines replaced human hands. In the 21st century, they are replacing our brains. Income traditionally earned from humans is going to be redirected to machines that are capable of learning and inferring.

I am completely convinced that AI is the way of the future, and quite frankly, something the world is more dependent on than ever before.

Machine learning means machine earning, which will be very threatening to many jobs.

But considering the top-heavy demographic problems facing both the U.S. and China, even countries will be in need of a workforce to replace the old one. Artificial intelligence and robotics might be the workforce that fills the gap that demographically-challenged nations come to depend on.

Globalive is out in front of one of the greatest trends I expect to see during my lifetime.

Look for my follow-up alert where I will dive deeper into the strategic joint ventures Globalive has developed and the direction the company is going.

I hope you aren’t allergic to green, because I’m expecting major results from this very dynamic 2018 play!