2008 All Over Again… or MUCH WORSE? Chris Duane on the Asset Bubble

We’re in the longest recorded bull market in history: it’s all over the headlines in the mainstream media. U.S. equities have been on fire, and hardly anyone wants to pull back the curtain the expose what’s really going on in the economy and the markets.

Chris Duane, a finance and investing expert as well as the founder of the Sons of Liberty Academy, is a rare voice of sanity in these euphoric times. Located on the web at SonsOfLibertyAcademy.com, the Sons of Liberty Academy is Mr. Duane’s vehicle for building an educational foundation to make effective political change in the world. Chris Duane is also the owner and publisher of the websites SilverShieldXChange.com and Dont-Tread-On.me, which are both highly recommended by Crush the Street.

Mr. Duane is a United States Marine and venture capitalist, and he became a self-made millionaire by the age of 30, when he walked away from his family’s East-Coast car dealership to become a citizen journalist. He sold his house in 2005, right before the real estate crash, and he began warning people about what was to come in the markets… and we all know exactly what happened soon afterwards. Incredibly, Chris Duane has been able to increase his net worth by an estimated 3,750% since the year 2001 – even while the housing, stock, and job markets were tanking.

In addition to the aforementioned websites, Chris manages an extremely popular YouTube channel, “The Greatest Truth Never Told.” Mr. Duane’s channel has over 33 million views, and it seeks to provide individual solutions to collective problems such as the collapse of the U.S. dollar. Christopher Duane’s YouTube channel is dedicated to the idea that massive change is coming and that if you are aware and prepared for this change, you will be able to create generational wealth. 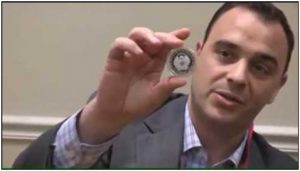 Crush the Street has the chance to speak with Christopher regarding his view of the economy versus the current state of the markets. According to Chris Duane, all of the problems that we saw in 2008 have festered into a much larger global generational bubble – one in which we’re no longer worried about AIG, CitiBank, and other major institutions failing. Rather, the concern is that entire emerging-market countries are failing.

Now, according to Christopher Duane, the problems have gone from an institutional corporate level to a full-on global currency crisis – one in which there is no higher authority to come in and reset or save the system like we saw in 2008. Back then, the mechanism they used to save the system was to flood it with trillions of dollars and lower interest rates to zero.

But now, the debts of the global governments are double, triple, or even quadruple what they were during the financial crisis of 2008; one example would be China, which has quadrupled its debt. This mounting debt has transpired in the face of artificially low interest rates, according to Chris Duane, that have been held for far too long. 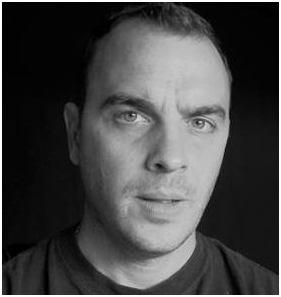 Mr. Duane notes that even Donald Trump had warned when he was running for president: if interest rates rise just a little bit, it’s going to end very badly. And as we know, that’s exactly what has been happening, according to Christopher Duane: the Federal Reserve, a privately owned central bank, has been raising interest rates, and they will continue to do so until something breaks.

And now, unlike in 2008, it’s not just a housing or tech bubble: it’s a bubble in everything, according to Chris Duane. There’s a bubble, states Mr. Duane, in every asset class except for silver, which is why he is in silver now.

Crush the Street discussed a number of critical issues with Christopher Duane, and you’ll definitely want to check out the full interview. While you’re at it, you can get your copy of Crush the Street’s full exclusive reports on financial topics that you need to know about: our Ultimate Guide to Precious Metals Investing will teach you how to protect yourself in these uncertain times; the Preparation; the Death of King Dollar Report has exactly what you need to know to prepare for the rapidly changing economic climate the world is about to face; and our Forever Income report offers multiple secure lifetime cash-flow stream strategies that you can start using today.